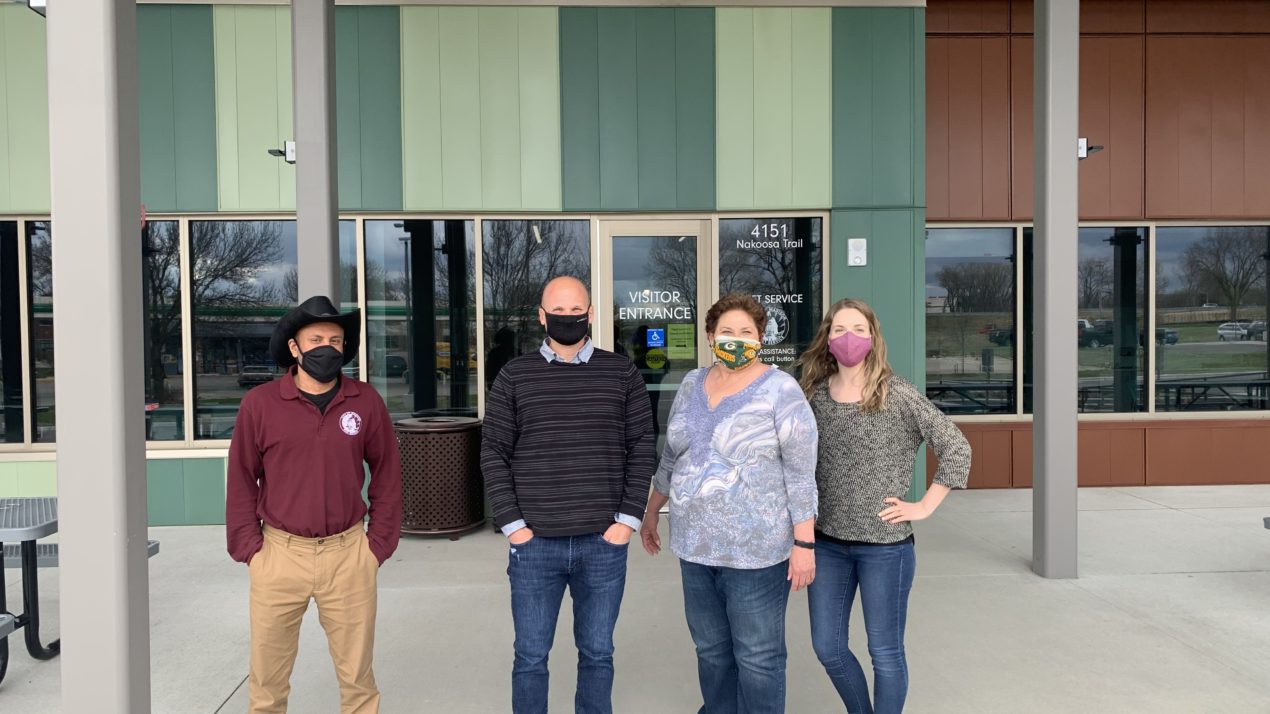 The Wisconsin Soybean Marketing Board (WSMB) and the National Biodiesel Board today announced the investment of funds to help the City of Madison retrofit 20 Fleet Service vehicles to run nearly 100 percent on biodiesel fuel. Economic and environmental benefits of this investment will include reduced carbon emissions, cleaner air and water, and an expanded market for Wisconsin soybean farmers whose soybeans are a key ingredient of biodiesel fuel.

“As demand continues to grow for domestic, renewable, low-carbon fuel, Wisconsin soybean farmers are answering the call,” said Jonathan Gibbs, Wisconsin Soybean Farmer, Wisconsin Soybean Board Member, and serves on the National Biodiesel Board. “Not only is biodiesel good for the environment, but it’s great for Wisconsin’s economy. The work our farmers are doing is helping to reduce our dependence on imported fossil fuels and creating jobs. The more biodiesel our industries use, the more our farmers produce, and the more jobs are created.”

Biodiesel is a renewable, cleaner-burning diesel-fuel replacement made from a variety of resources such as recycled cooking oil, soybean oil, and animal fats. It can be used in all diesel engines in blends from B5 (5 percent biodiesel blended with 95 percent low-sulfur diesel) all the way up to 100 percent (B100). The 20 Madison vehicles will be retrofitted with technology that starts their engines using standard diesel and automatically switches to B100 fuel when the engines reach a certain temperature.

Madison Fleet Superintendent Mahanth Joishy said Madison’s desire to lower carbon emissions is a driving force behind the use of biodiesel fuel.

“The City of Madison is eager to put more vehicles on the road that reduce carbon emissions,” said Joishy, “and 2021 is the year we’ll start to have some B100 year-round for the first time ever.”

Last year, the Madison fleet used a 20-percent blend of biodiesel fuel from April to September, and a 5-percent blend for the remainder of the year in its ambulances, fire trucks, garbage/recycling, and snowplows. Currently, the Fleet Service operates nearly 600 trucks that run on these lower blends.

“The relationship between soy and biodiesel is win-win,” said Donnell Rehagen, CEO of the National Biodiesel Board. “Soy is the primary source for biodiesel feedstock, and biodiesel is the largest-growing soybean oil customer of the last decade. Biodiesel supports the economy as much as it does the environment.”

By making use of excess soybean oil, biodiesel fuel creates additional value for farmers. According to financial services firm StoneX, biodiesel adds 13 percent of the cash value of soybeans — or $1.87 per bushel — giving soybean farmers a strong return on their investment.

To find out more about the Wisconsin Soybean Marketing Board, visit wisoybean.org.