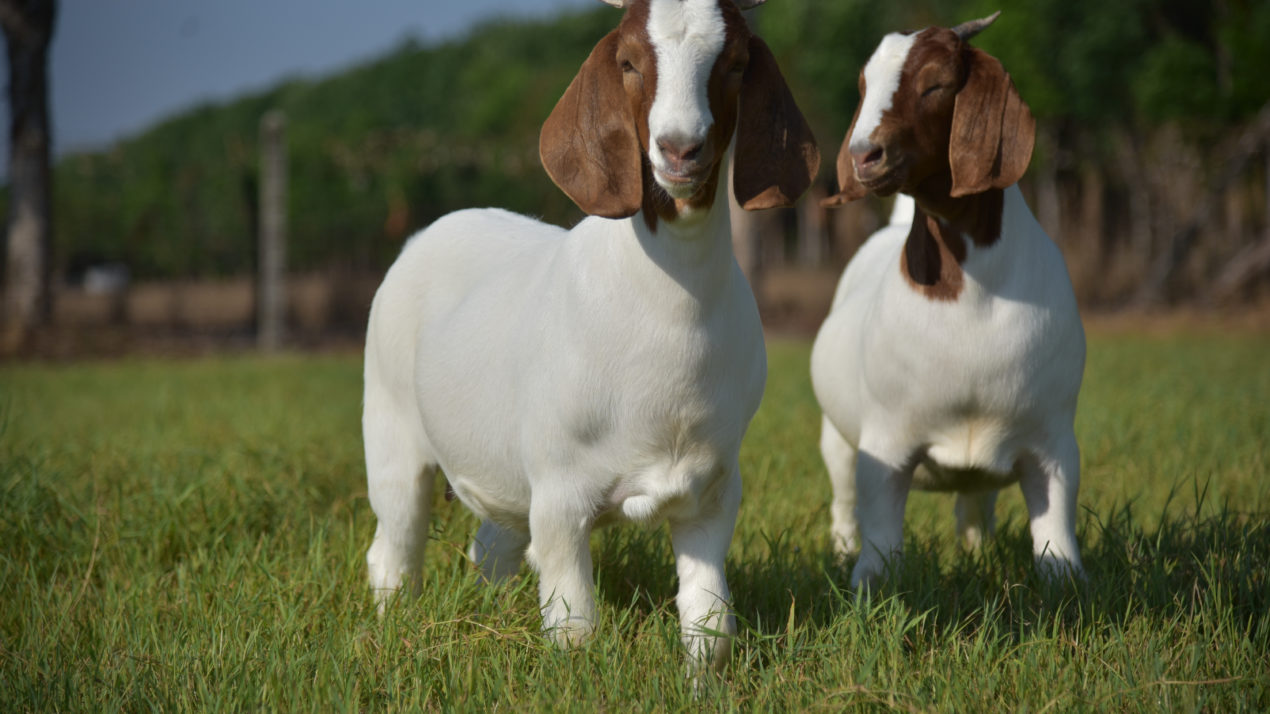 The newly formed Wisconsin Meat Goat Association is looking to grow and share resources and knowledge with meat goat producers around the state. Matt Harried and Nicole Davis, both members of the group share the goals of the WMGA and what the future holds.

Meat goats are becoming increasingly popular in Wisconsin, but until now, producers of various breeds of meat goats haven’t really had a voice in the state. The WMGA focuses on both adults and junior members, commercial and show goat producers alike. Their goal is to provide resources to members as well as a means to collaborate with each other.

Other than growth in numbers, meat goat producers have also seen the markets for these animals increase. Packers in places such as Milwaukee or Chicago are always looking for goats, especially around holiday times. Some meat goat operations are even taking the place of steer feedlots, as the price per pound on whether goats is a bit higher and goats take less resources and inputs. “For some starting farmers, it’s an easy operation to get into and start up,” said Harried, it takes “low acerage, and you can be a niche market.”

One of the main focuses of the WMGA is youth participation. They look to “make sure [youth] have a good understanding of the meat goats, and what it’s like to show, and breed, and take care of the animal,” said Davis. This year they are starting a buckle series for those juniors involved in showing. There are several meat goat shows around the state, with a few still coming up this summer. Juniors can count points from their showing and showmanship, and at the end of the show season winners will be awarded belt buckles. Davis encourages junior members to get involved right away.

“90 percent of breeders that have meat goats are willing to teach somebody or are willing to give somebody the information to get themselves further ahead,” said Harried. He shares that he gets contacted quite often with questions about meat goats or getting involved in the industry, and is always willing to help. Harried wants people to join and get involved, as well as give feedback to the board about how they can better serve members.