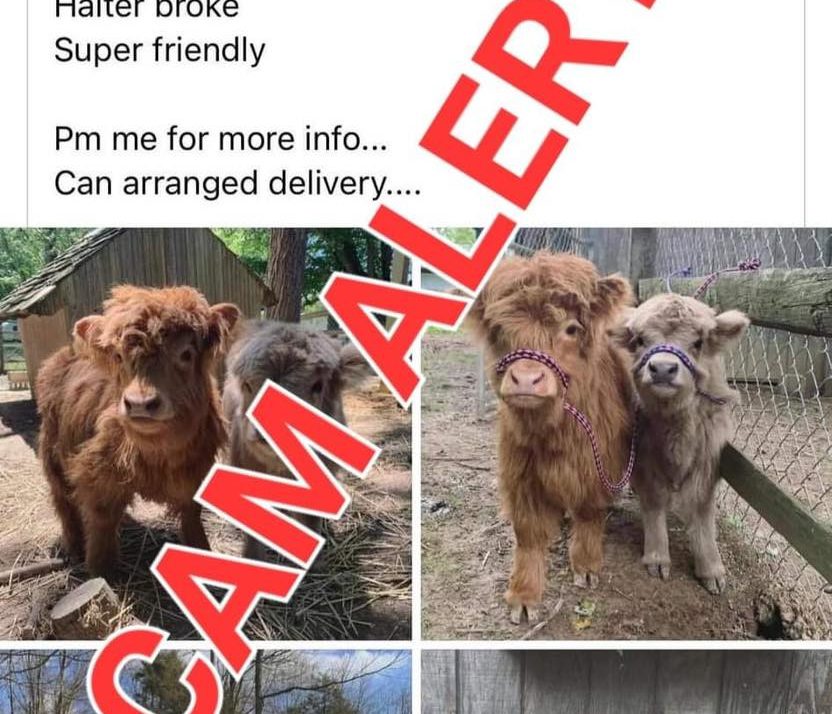 For the past week, life has been anything but normal for the staff and family at Golden E Dairy in Kewaskum. About a week ago, they started receiving strange voice messages at home, text messages to cell phones, and actual strangers pulling into their farmstead looking for cattle that were apparently in need of a home. ALL of it – false.

Kim Saari, one of the staff that’s been caught up in the Facebook Scam, has been working to try and respond to all the messages. “It’s sad because these people have put a down payment on cattle that don’t exist – at least not here.”

The SCAM post uses all of the correct information about location and contacts for the farm – but fails to tell people it’s a dairy operation, not a beef or hobby farm. Saari said one family pulled in with a trailer after several hours drive, assuming they were picking up two animals for their sons birthday. They were stunned that they’d instead become victims.

Saari said some of the victims had already paid out more than $400 in the form of a down payment via payment portal Venmo. What’s the recourse for those victims, and what can the farm do to find out who staged this scam? Saari says the answer is unclear. Golden E has alerted law enforcement about the breach, but she said there doesn’t seem to be a clear answer on how this can be resolved.

Saari says what’s really alarming is how quickly this scam captured credible information and morphed it into such a convincing scam. Within 24 hours of us posting the story alert on Fabulous Farm Babe, more than 14,000 people said they’d seen the original post or something similar, and there were more than 100 shares of the story.