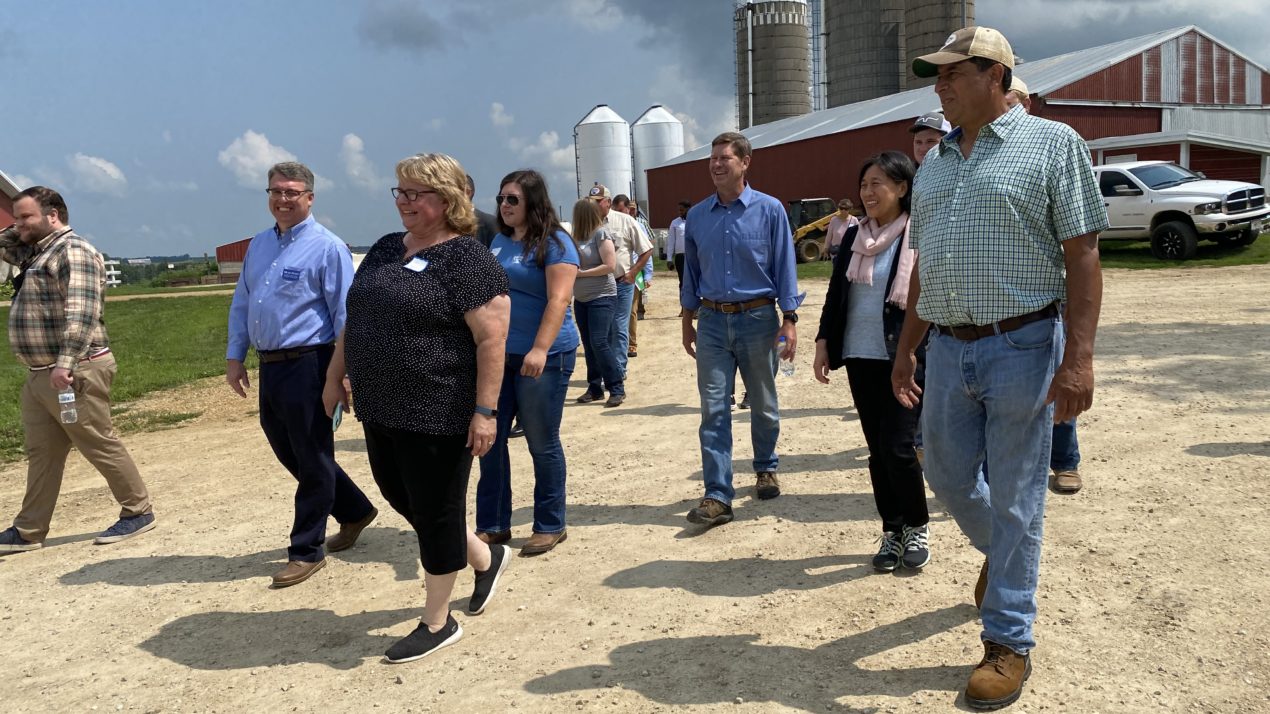 Tai and U.S. Rep. Ron Kind, D-La Crosse, held a roundtable with farm industry leaders on how international trade relationships impact their work in America’s Dairyland. Some of those key issues included steel tariffs, dairy disagreements with Canada and opening up markets in the Pacific Rim.

Tim Servais and his family have hosted three similar events at their farm this year. He says the last administration did some damage, but to know that this administration is healing relationships with other countries makes him feel optimistic. Servais flags the price of steel as a pressing issue for his farm.

“The most pressing priorities for U.S. dairy are the dispute settlement case over Canada’s manipulation of dairy tariff rate quotas under the US-Mexico-Canada Agreement and an urgent matter related to the European Commission, which is in the process of implementing non-science-based certification regulations that will all but wipe out U.S. dairy’s access to European Union nations and will threaten global infant formula supplies,” Rasdall said in a statement. “Just as important is understanding how the United States plans to engage in trade negotiations moving forward. Without Trade Promotion Authority, U.S. dairy’s hopes of broadening our access in target markets such as Southeast Asia are waning.”

State Sen. Brad Pfaff, D-Onalaska, participated in both the farm tour and roundtable discussion with Tai and Kind.

“U.S. Trade Rep. Tai’s visit demonstrates the value that our family farms bring not only to the local and state economy but the global marketplace,” Pfaff says. “We want to work together at the state and federal levels of government to create the best opportunities for both our commodity and specialty goods producers. Continued collaboration between producers and officials at every level of government will help continue growing Wisconsin’s agriculture industry.”

Sabrina Servais is the third generation on her family’s dairy farm. She says it was an honor to have Ambassador Tai and other farm industry leaders at her home.