Lavender Has Many Uses 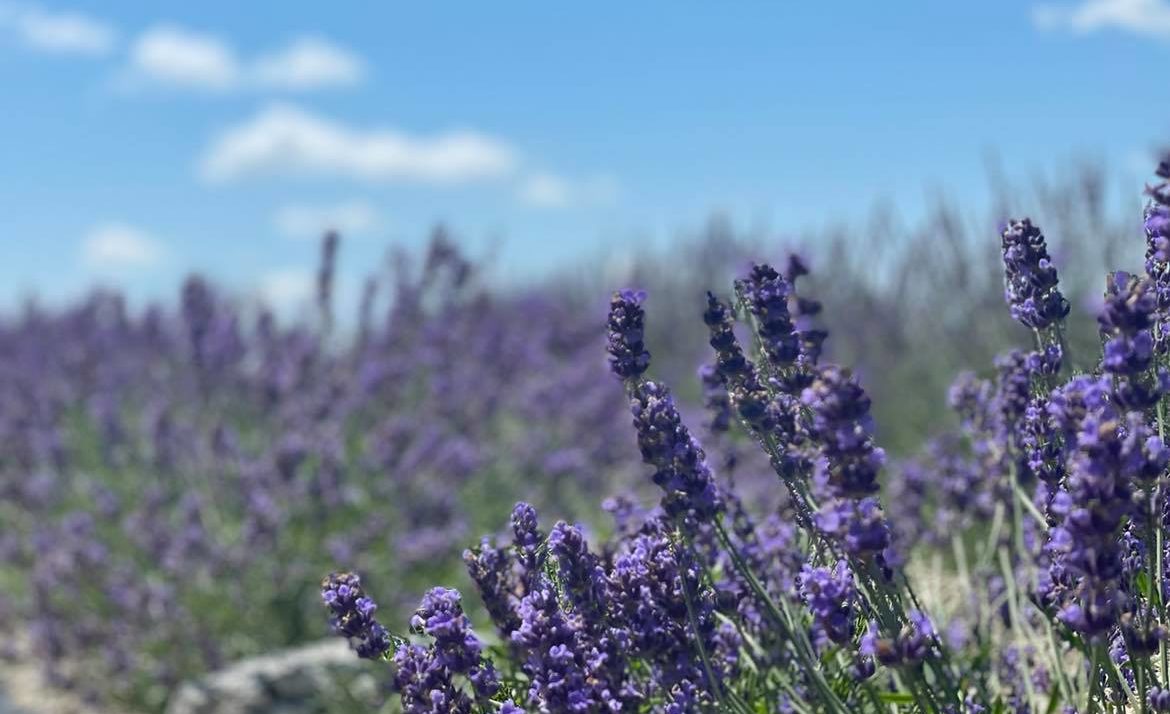 The smell and look of lavender can be calming!

Beth Reanee, an owner of Vintage Fields at Farmin’ Betty’s in Columbus, started researching what they can put in their previously rented 11 acres. Reanee says, “I wanted to grow something and be excited about it.” They have 300 plants in 4 rows and have 3 different types of lavender.

Lavender has many different uses including culinary needs such as ice cream, crafting projects like candles and soaps, and even a specialty drink they will be making. “We serve what we call the Betty” Reanee says and “It had to do with a bunch of Betty’s we know in our family and they were just the life of the party.” In this drink, they use their edible lavender variety infusing it into a simple syrup with a lavender tea base.

There are many different end usages and scents for lavender including using it to keep you calm. Reanee says, “One thing that’s very interesting is the little vials you see in a store of an essential oil, the reason why they are priced so high because it takes up to 30 pounds of lavender.”

This project began last year during the pandemic since Reanee says, “Being down in our events business, this afforded us to finally get the lavender in.” Now, with events returning this summer Reanee says, “I know everyone coming out here for their wedding and events are just over the moon.” It’s an unique business venture for them since lavender is hard to grow where they are. There aren’t many growers near her area, but there are more extravagant farms near the Wisconsin Dells/Baraboo and Washington Island areas.

Due to soil conditions, Reanne says, “We did a composition we came up with after our research so there was great drainage.” Although, once the plant becomes more mature, it doesn’t require a lot of maintenance. “I think a lot of people buy a lavender plant and they think it’s a regular plant that you need to water it a couple times a week, but actually you should maybe once a week and kind of forget about them.”

In addition, another positive of having lavender is to keep the animals away! “The animals you don’t want eating your plants are staying away since they don’t like the smell” which includes deer and other wildlife Reanne says.

Now, they will be celebrating their lavender blooming on Saturday, July 24 with food vendors, tastings, gourmet ice cream with their lavender, live music, and more. Check out the Garden Party Facebook Event for more information.