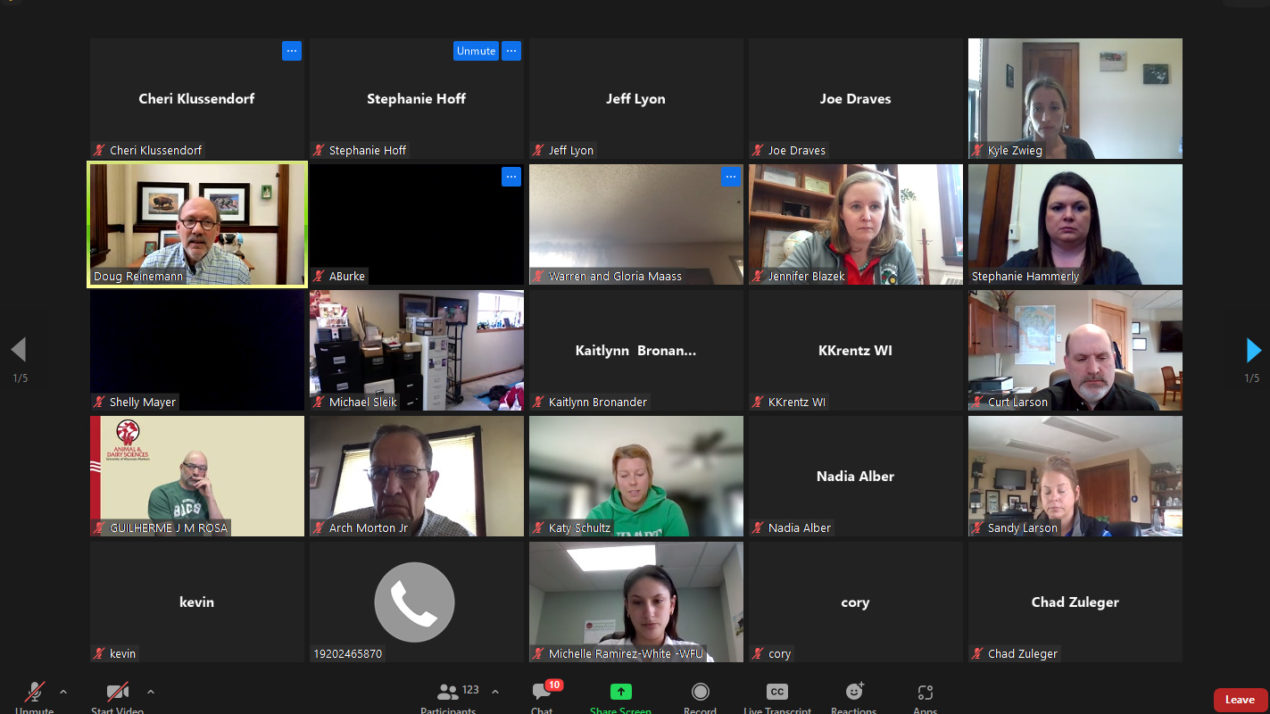 Farm and Industry Short Course stakeholders voice concern on how housing and accreditation will play a role in the future of the program.

UW-Madison’s College of Agricultural and Life Sciences’ FISC hosted a public listening session this afternoon to discuss the future of educational programs. Wisconsin Farm Bureau Federation and Professional Dairy Producers of Wisconsin co-sponsored the session. The listening session follows an announcement in early March that the short course will no longer be a 16-week, credited program. The last credited FISC class graduated March 12.

CALS data shows a steady decline in enrollment since 2010 — from roughly 125 students to a projected 20 students for the 2022-23 school year, according to CALS Associate Dean Doug Reinemann. He credits the decline for the reason to make changes to the program. He adds the college did work to reverse the trend, but was unsuccessful.

Today, FISC is planning its modernization. The goal of the program is to develop a structure and schedule that will appeal to more students, such as shorter, but more frequent, in-person meeting times. In-person meetings will integrate with an on-farm or agribusiness experience. Reinemann says they will work to keep the parts of FISC that are highly valued, such as the cohort experience, connection to the campus and the hands-on learning experience.

The housing for the new FISC class coming to campus is under discussion. The Lowell Center accommodations are no longer available and may not be available again until after the summer of 2024, Reinemann explained. Available housing — and time that the housing is available — will determine when classes will take place on campus, he says.

CALS is looking at a digital badge certification versus credits that go toward a degree program. Since 2006, about 12 students (out of hundreds) transferred to an undergraduate degree program, according to FISC Director Jennifer Blazek. The majority of FISC graduates do not go on to use FISC credits toward a degree.

However, FISC alumna Cheri Klussendorf noted that since the program is losing accreditation, students, such as her son, are losing eligibility for scholarships.

In opening remarks, both WFBF President Kevin Krentz and PDPW Executive Director Shelly Mayer noted their surprise that their organizations were not involved in the conversation. However, the two emphasized their commitment to work with CALS in planning the program going forward.

“The next generation is critical to Wisconsin agriculture and the need to continue this program is extreme,” Krentz said. “We’re at a very critical point where we can design a really good program moving forward.”

“Our biggest thing in moving into the future in the dairy sector … labor is a number one issue,” Mayer said. “We want to make sure we’re championing that concept of the Wisconsin Idea … so that we are building that next generation and growing them.”

Reinemann answered that he is talking with technical colleges so that the new FISC will not compete with their efforts. Conversations are underway to figure out how FISC can work with technical colleges and add value. Specifically, the attractive component of FISC is the connection to the Madison campus and faculty who bring research into practice, he says.

Blazek says she hopes to have advertising out about the new FISC by mid-May. And since it’s no longer accredited, there is no longer need for an extensive application.

FISC leaders are meeting with WFBF and PDPW again later this week.