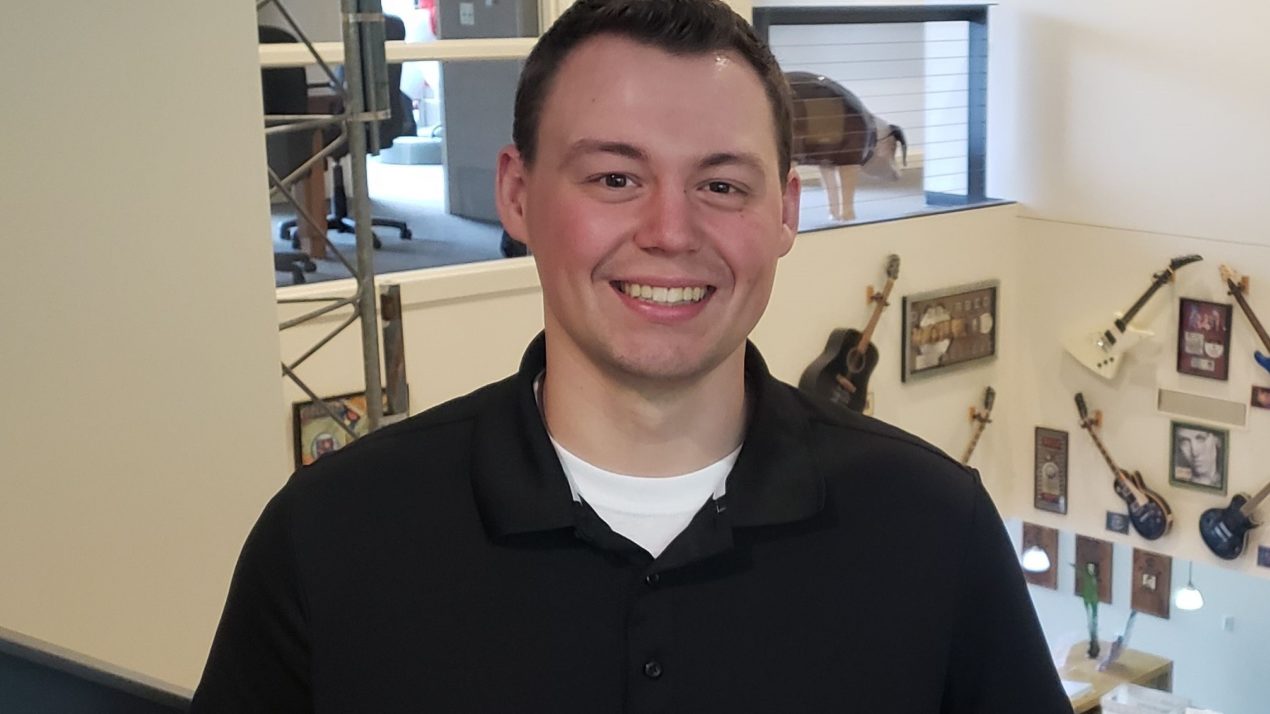 This week, Aaron Zimmerman joins the Midwest Farm Report team as a farm broadcaster.  Zimmerman is a native of central Wisconsin, growing up in rural Spencer. He and his fiance, Leeah, now reside in Blanchardville in southwest Wisconsin.  Currently the couple owns and operates Zimmerman Livestock Enterprises, based on Aaron’s grandparent’s farm, where they have a 30 head Simmental and SimAngus cow calf operation, a growing show pig operation, and a few goats and poultry.  Leeah is also the agriculture education instructor and FFA advisor at Edgerton High School.

Zimmerman has been immersed in agriculture his entire life, as both of his parents grew up on farms and both work in agriculture through the FFA organization.  At a young age, Aaron was given the opportunity by his grandpa to show a beef heifer, and from there he was hooked.  He was heavily involved in 4-H and FFA where he was able to grow and participate in anything he could.  He had a wide array of involvement in those organizations from speaking competitions to livestock judging and everything in between. He was the 2012 Wisconsin FFA State Star Farmer, a National FFA Agricultural Communications Proficiency Winner and an American Star in Agribusiness National Finalist.  Aaron also served as a Wisconsin FFA State Vice President in 2012-2013 right after graduating from high school.  After high school, Zimmerman attended the University of Wisconsin – River Falls, studying animal science.

Zimmerman looks forward to connecting with new and familiar agriculturists from across the state and the Midwest on this new adventure to help share the story of agriculture!