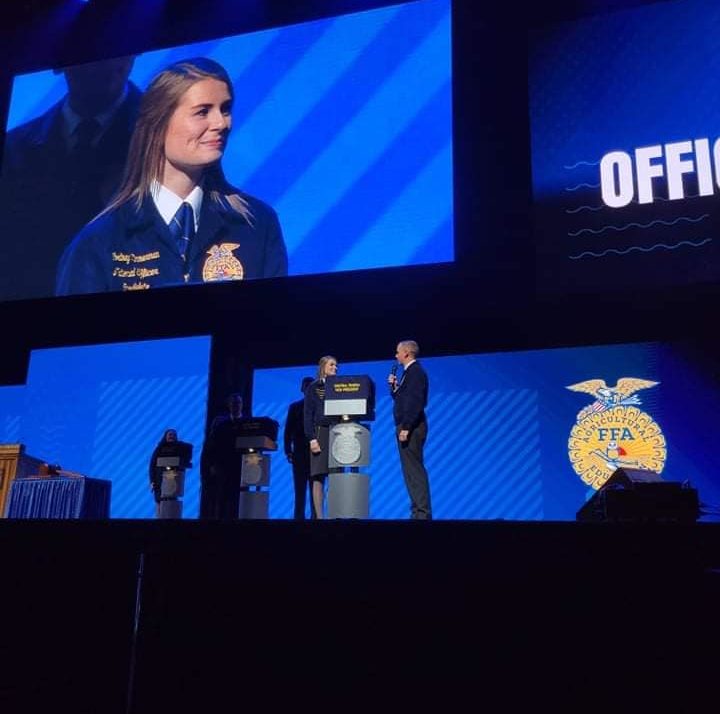 These members were selected from 37 candidates vying for the honor. Candidates take part in an extensive interview process with the National FFA Officer Nominating Committee leading up to the selection. The new team was announced during the seventh general session of the 94th National FFA Convention & Expo on Saturday, Oct. 30.

Jackson Sylvester, an agriculture major from Delaware, was elected national secretary. He attends the University of Delaware.

Each year during the National FFA Convention & Expo, six students are elected by delegates to represent the organization as national officers. Delegates elect a president, secretary, and vice presidents representing the country’s central, southern, eastern, and western regions.

Throughout their year of service to the National FFA Organization, the officers will interact with business and industry leaders; thousands of FFA members and teachers; corporate sponsors; government and education officials; state FFA leaders; the general public; and more. The team will lead personal growth and leadership training conferences for FFA members throughout the country and help set policies that will guide the future of FFA and the next generation of leaders.