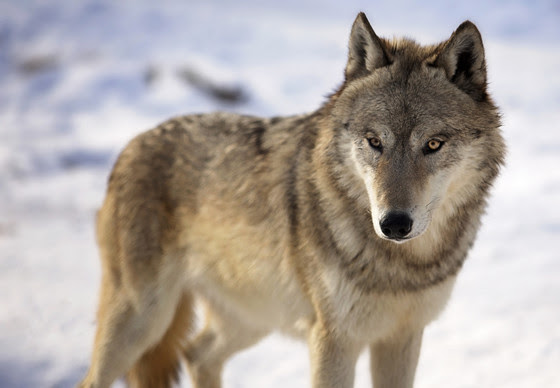 The U.S. Fish and Wildlife Service will delist gray wolves from the federal list of endangered species on Jan. 4, 2021, returning management authority to the lower 48 states and tribes.

Under Wisconsin law, when the wolf is delisted, the state’s annual hunting and trapping seasons shall resume.

The recovery of gray wolves is a triumph of the Endangered Species Act and stands as a testament to the cooperation of federal, state and tribal agencies, as well as other conservation partners working together to support wolf recovery. The most recent monitoring effort indicated a minimum of 1,034 wolves in Wisconsin, primarily across the northern third of the state and the Central Forest region.

The DNR has successfully managed gray wolves for decades and will continue to follow the science and laws that influence our management. All wolf management, including hunting and trapping, will be conducted in a transparent and deliberative process, in which public and tribal participation is encouraged.

Once wolves are removed from the federal list of endangered species, the DNR will work collaboratively and transparently to create a new wolf management plan to reflect our increased understanding of the biological and social issues relevant to wolf management. The new plan will ensure sustainable management of Wisconsin wolves for the future.

The existing wolf management plan, originally approved in 1999, was reviewed and updated in 2007 and helped guide recovery efforts in the state.

Following delisting – and until the official season goes into effect – it remains unlawful to shoot a wolf unless there is an immediate threat to human safety. However, if on private land, you can shoot and kill wolves that are in the act of killing, wounding or biting a domestic animal.

Although gray wolf management will be under state authority in early 2021, implementing a wolf season requires adequate time not only to develop a science-based harvest quota but also to engage the public and tribal partners in the development of a season plan that adequately reflects the interests of diverse stakeholders throughout Wisconsin. As such, the DNR is focused on planning a wolf season that begins Nov. 6, 2021.

The federal delisting of wolves on Jan. 4, 2021, once again provides Wisconsin the ability to implement an integrated wolf conflict abatement program. Each instance of wolf conflict is unique, and the DNR works with the U.S. Department of Agriculture’s Wildlife Services to assess the best management approach on a case-by-case basis. Going forward, the department will be able to implement the most effective abatement measures as wolf conflicts arise, including both nonlethal and lethal options where necessary.

As a reminder, under Wisconsin law, when the wolf is delisted, the state’s annual hunting and trapping seasons shall resume. In the meantime, the DNR will continue to partner with USDA-Wildlife Services to address wolf conflicts in Wisconsin.