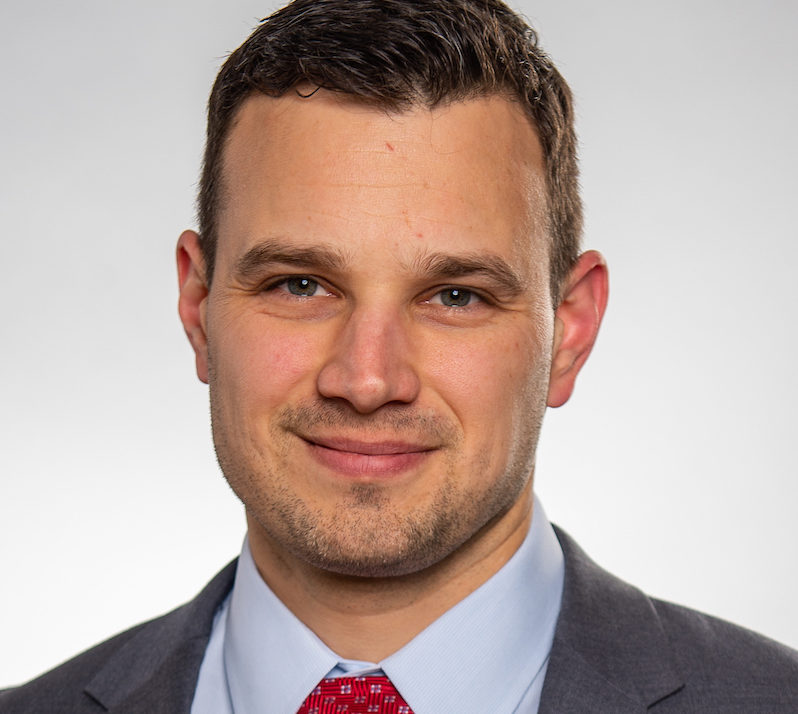 Animal Science Associate Professor Kurt Vogel has been named the Distinguished Teacher of the Year at the University of Wisconsin-River Falls. The award was established 55 years ago and is the highest honor a faculty member can receive on campus. Each year nominations are sought from current seniors and recent graduates.

Nomination letters spoke to Vogel’s classroom teaching and the fact that he continually adapts and adjusts his lectures to not only make the material more interesting, but to make learning some of the more difficult concepts less daunting. The student nominators commented on his enthusiasm, his passion, his dedication and his selfless nature and went on to offer specific examples of how Vogel impacted their academic careers.

“I had the opportunity to develop, record and edit a Continuing Education [podcast] module discussing animal welfare with Dr. Vogel after he noticed that I was interested in teaching. He allowed me to create the PowerPoint presentations…to be involved in the recording…and then to edit the videos…and allowed me this opportunity to grow as an individual,” the student wrote.

“Dr. Vogel advised me through a very challenging research project in a beef processing plant. He made sure to be available for weekly calls, questions and advice throughout the summer,” another wrote. “My research ultimately resulted in a presentation at an animal handling conference in Kansas City. I will never forget the public speaking experience and Dr. Vogel’s encouraging words to give me the confidence I needed to step on the stage.”

“Over the last year, I have had the incredible opportunity to work on a handful of projects under Dr. Vogel’s guidance which, thus far, have yielded a peer-reviewed journal publication, a common press article submission, an oral presentation at an industry conference, and a poster in a student poster competition,” another student wrote. “[He] provided constant feedback and suggestions, but ultimately, he allows me (and other students) to not only learn how to conduct and understand research which can be translated to use in the field, but also how to effectively share that research through writing and speaking.”

Mentoring is exactly what Vogel was hoping for when he chose his career path. While many people want to become a professor to pursue research opportunities, Vogel has credited his love of mentoring more than anything else for motivating him to become a professor. His nominations confirm that he made the right choice for himself, for students, and for the future of the field of animal behavior and welfare.

“It is a humbling honor to receive the Distinguished Teacher Award,” said Vogel. “It means so much to me that selection for this award is based on student nominations because the students are the reason that our university exists, and I get to do what I love. I’m grateful that UW-River Falls has provided such a student-focused environment for people that love to teach and mentor.”

Vogel grew up on a dairy farm in southwestern Wisconsin. He joined the faculty at UW-River Falls in 2011, after earning his Ph.D. from Colorado State University under Professor Temple Grandin. Grandin is known around the world for her contributions to understanding livestock animal behavior and as a spokesperson for people with autism.

In 2014, Vogel established the Animal Welfare Lab at UW-River Falls with support from Oscar Mayer, a subsidiary of the Kraft Heinz Company. This three-year partnership launched the development of two new courses, supported extra-curricular activities and internships, and identified research opportunities for undergraduate students with the goal of preparing the next generation of animal welfare professionals.

In 2016, The National Provisioner magazine named Vogel one of the 25 Future Icons that they expect to change the industry over the next decade or two.

“I’m very happy to see Kurt recognized as the 2020 UWRF Distinguished Teacher,” said Dale Gallenberg, Dean of the College of Agriculture, Food and Environmental Sciences at UWRF. “He has a deep interest and passion for his subject areas along with a desire for collaboration with others. Both in and out of the classroom he is committed to working with students and providing them with the best educational experiences possible. It’s clear why our students and graduates would recognize him in this way.”