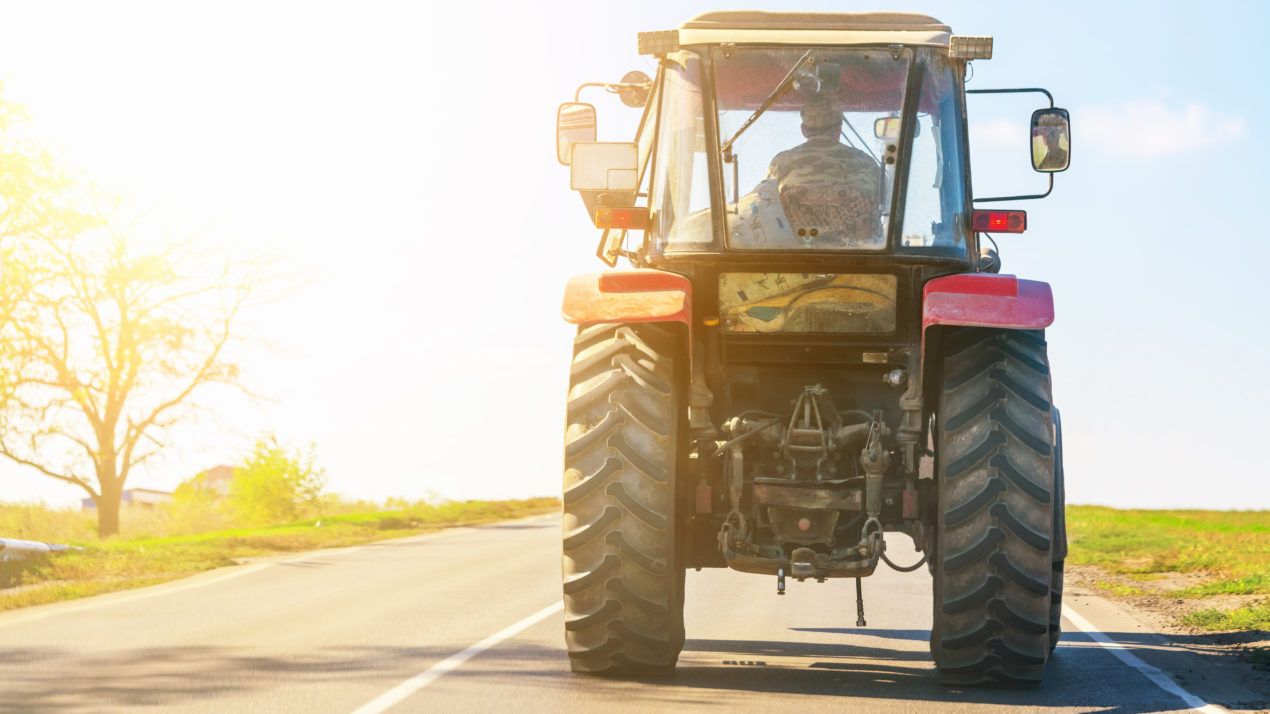 Sharing the road with farm machinery is a way of life for Wisconsin drivers in many parts of the state.  But the potential risk for both farmers and the general public is great; 17 people died in 2017 and 2018 as a result of roadway collisions according to a study published last year by UW-Madison and the National Farm Medicine Center. Preliminary 2019-2021 data shows an additional 18 Wisconsin reports of fatal incidents involving farm equipment on roadways and highways.

One significant concern for farmers and other motorists is the risk of collisions when farm equipment turns onto a different road or driveway from a public roadway. Those turns are especially hazardous if the farm-equipment operator cannot see the traffic following behind him or her. For a motor-vehicle driver following a large implement, colliding with a left-turning load of grain or chopped forage from the rear at typical highway speeds is similar to slamming into a brick wall; impact is often deadly.

Within the last few years, Wisconsin updated several state regulations that dictate the use of farm implements of husbandry (IoH) on public roadways to make farm machinery more visible. The statutes include the use of a combination of lights, reflectors and markers such as the slow-moving vehicle emblem. While Wisconsin statutes require amber-colored flashers on wide implements, turn signals are not currently legally required by the state.

To help alleviate confusion and inconsistencies of farm-implement lighting and marking across states, the federal government developed a set of requirements through the Agricultural Machinery Illumination Safety Act. That law prescribed a new set of requirements to all farm equipment manufactured on or after June 22, 2017. The federal requirements are similar to Wisconsin statutes with some important exceptions. A big one: per federal law, turn signals ARE required for farm equipment on highways.

The federal laws for post-mid-2017 farm machinery are based on safety standards from the American Society of Agricultural and Biological Engineers (ASABE). Standards developed by ASABE are based on a consensus and research-oriented process that includes manufacturers, safety experts and engineers. Their standards also require input and ideas from equipment operators such as farmers. While state regulations are a good starting point, it is strongly recommended that farm operators install additional safety enhancements on all machinery, even if state laws don’t require it. A user-friendly guide to required and recommended lighting and marking can be found at http://bit.ly/AEM-LightingMarking.

A 2016 study of over 7,000 collisions involving farm machinery in the Upper Midwest and Great Plains showed that even modestly better compliance with ASABE standards and federal laws could reduce the number of annual highway crashes in Wisconsin by 60%.

A couple common objections to using turn signals on farm equipment include the associated cost and potential complexity. Also, operators of older equipment may have legitimate concerns about the capacity of an older machine’s electrical system to power additional lighting. Fortunately, there are affordable options for such cases, including high-visibility LED lights, battery-powered units, systems that can be easily moved from one machine to another and even remote-control-activated turn signals. Check with a local equipment dealer for available options.

The key to roadway safety is to light up your farm equipment as brightly as possible. And signal your intentions any time you operate equipment on a public roadway regardless of implement age or size. The technology, standards and equipment are available to prevent the vast majority of highway collisions that claim so many lives every year.