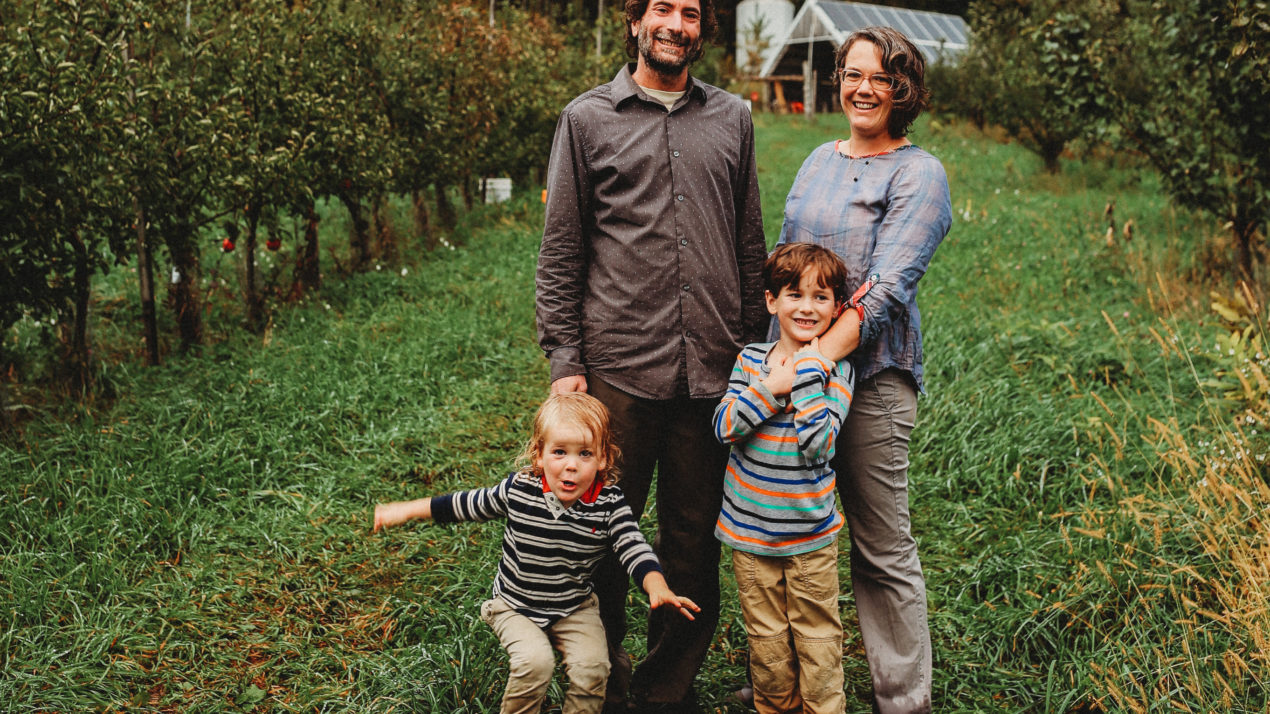 Several members and two Wisconsin legislators were recognized for their leadership and dedication to rural Wisconsin this weekend during the 90th Annual Wisconsin Farmers Union State Convention. Nearly 250

“We appreciate the work that this year’s awardees have been doing to improve life in rural Wisconsin and to strengthen this organization,” said WFU President Darin Von Ruden. “These awardees remind us that though we faced challenges in 2020, there was also a lot of good happening around the countryside.”

FRIEND OF THE FAMILY FARMER

Three recipients were named for the Friend of the Family Farmer Award, which recognizes individuals who have gone above and beyond in efforts on behalf of family farmers and rural communities.

Michelle Miller of Madison received the honor for her work at the University of Wisconsin Center for Integrated Agricultural Systems, where she has been leading research projects focused on family farm profitability and sustainability.

“Supply management has been a focus area of Wisconsin Farmers Union’s membership for several years and we are so glad to have strong partners in the effort,” Von Ruden said. “We’re grateful to Michelle for her commitment to the subject and for her work with the Center for Integrated Agricultural Systems.”

WFU also named U.S. Representative Mike Gallagher and U.S. Representative Ron Kind as Friends of the Family Farmer, in recognition of their bipartisan introduction of the Dairy Pricing and Policy Act of 2020. The bill directs the USDA to convene a Dairy Pricing and Policy Commission that will make legislative, agency, and market-based recommendations to improve milk prices and dairy farm profitability.

“Representatives Kind and Gallagher put aside political differences and reached across the aisle to find real solutions for dairy farmers,” Von Ruden said. “America’s Dairyland has been hit particularly hard in recent years; we applaud the bipartisan response to an ongoing crisis that threatens Wisconsin’s dairy heritage. Wisconsin agriculture needs more of that collaborative spirit as we charge forward.”

Rachel Henderson owns Mary Dirty Face Farm with her husband, Anton Ptak. The farm is home to a 12-acre certified-organic mixed-fruit orchard. Henderson has built an innovative CSA-style Fruit Share with 120 members in 2020. Besides fruit, the family raises pastured hogs, lambs, and poultry. Henderson is president of the Dunn County Farmers Union. She has taken part in WFU’s Emerging Leaders Retreat and organized chapter events, including a community harvest dinner, book club, and guest speakers on local food systems. When not farming, Henderson works as a remote Organic Specialist for MOSES (Midwest Organic and Sustainable Education Services), and serves on the board of directors of the Land Stewardship Project. She has been a Savanna Institute mentor to farmers interested in perennial farming and has led educational events for the Organic Fruit Growers Association.

Sarah Lloyd farms with her husband Nels Nelson and his family on a 400-cow dairy farm in Columbia County. They run 1,000 acres of crop land to feed and bed the cows. Lloyd spent seven years as director of special projects for WFU, leaving in 2020 to serve as a food systems scientist for the UW-Madison Center for Integrated Agricultural Systems and a supply chain specialist for the University of Minnesota Forever Green Initiative, working on the Grassland 2.0 Project. Her work is focused on bringing together farmers and researchers to understand and build infrastructure for regenerative agriculture. She also serves as the Director of Development for the Wisconsin Food Hub Cooperative (WFHC), a farmer-led cooperative focused on accessing local and regional markets for fresh produce, owned by the farmers and WFU. Lloyd is president of the Columbia County Farmers Union and also active with the Wormfarm Institute, a non-profit that works at the intersection of arts and agriculture.

Dave Fauska was born in 1930, the very year that WFU was established. His family soon became members of the new organization along with many neighbors. Fauska attended Farmers Union Camp as a youth and meetings of the Kendall Local chapter. He and his wife, Myrna, became active in Monroe County Farmers Union, taking part in membership drives and serving as delegates at the annual convention. They purchased Dave’s family farm and milked a herd of Holsteins for many years. Dave and Myrna remained active for many years until age and health began to curtail their activities. Dave died in August 2020.

In its inaugural year, the Emerging Leader Award was presented to Aaron Ellringer, for igniting energy and engagement in WFU. Ellringer has played a crucial role in recruiting members, planning events, and energizing the Eau Claire County Farmers Union.

Aaron Ellringer lives on a small farm on the outskirts of Eau Claire. He moved from Rochester, MN to Eau Claire in 1991 to attend UW-Eau Claire, where he became immersed in local environmental and racial justice issues. After graduating with a degree in Geology and Environmental Science, he shifted focus to food and agriculture. By working on farms and in food co-ops he met others interested in local food and co-founded Just Local Food Cooperative in his garage. After helping to grow the co-op over several years from a small home delivery service to a million-dollar grocery store, he left to start Kubb Farm and work with Farmer to Farmer, a non-profit based in Western Wisconsin. Ellringer now works for the Pablo Group and helped develop Pablo Food Hub, which aims to grow the local food system regionally. He spends most of his time on the farm, raising his children alongside goats, poultry, prairie, veggies and berries and playing kubb (he is a former US National Champion). He has been learning about the rich history of Farmers Union from long-time local members and helping to grow new membership.

“Thank you to all of our award winners for their contributions and dedication to WFU,” Von Ruden said. “As a grassroots organization, WFU’s strength resides in the dedication and leadership of members such as these who we recognize this convention weekend.”