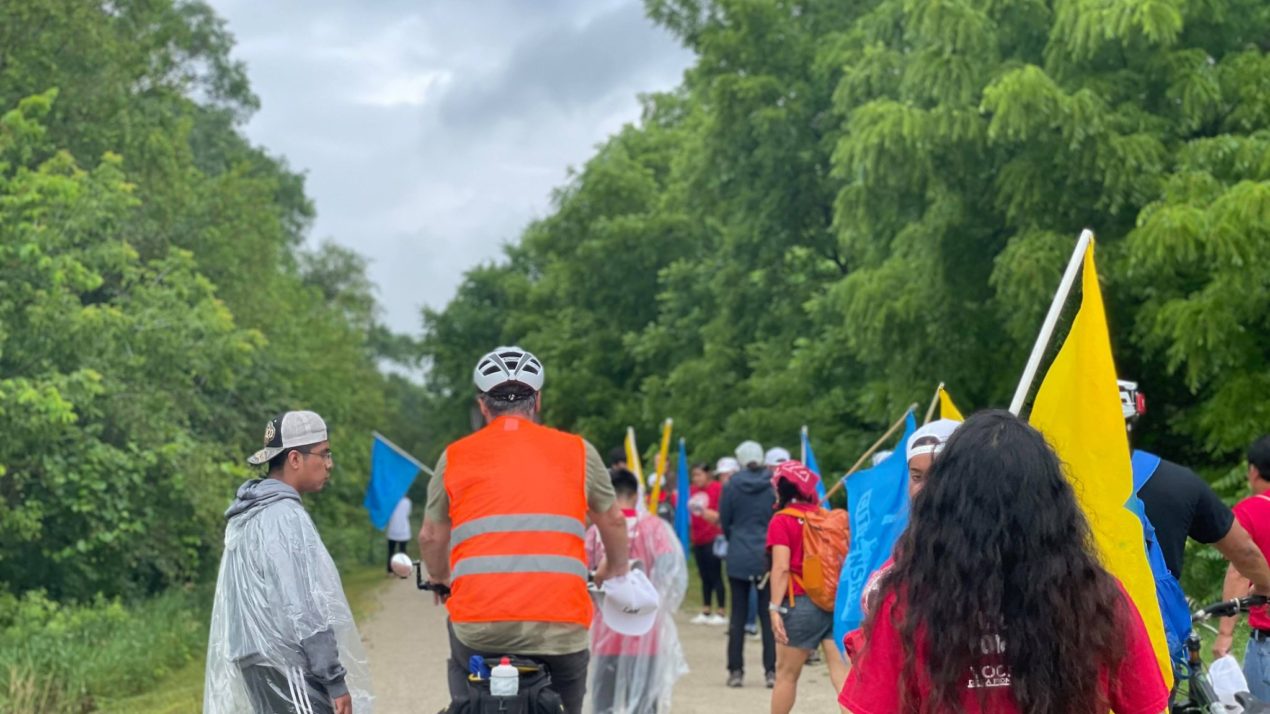 It may be difficult to fill jobs in Wisconsin! Agriculture employs many immigrant workers from milking cows to harvesting fruits/vegetables and their roles are essential for the food supply chain. Governor Tony Evers and farmers joined immigrant essential workers in Johnson Creek for a stop on their 90 plus mile march from Milwaukee to Madison.

Nick Levendofsky, Government Relations Director for the Wisconsin Farmers Union says, “Voces De La Frontera is an organization we partnered with in the past and they have asked to come stand with them on their march from Milwaukee to Madison for driver cards for all and for a path to legal citizenship.” Levendofsky also says, “We don’t eat without them” valuing how immigrant workers are essential to Wisconsin’s agriculture.

Another issue they are urging the federal government to take action upon is the comprehensive immigration reform. Levendofsky says, “40 years have passed before we have really truly deeply dug into this and made something happen on immigration reform.” The opportunity is now to take this issue into action.

Tina Hinchley, Dairy Farmer from Cambridge, Wisconsin and also a member of the Wisconsin Farmers Union says, “A lot of our most reliable helpers are Hispanic and they can be undocumented.” Hinchely also says, “They are hear with us standing side by side. They truly are farmers just like us.”

She’s hopeful this march creates awareness and Hinchley says, “80% of all milk is coming from farms that have immigrant labor and many of those are undocumented.”

Michael Slattery, Crop and Livestock Farmer from Manitowoc County and Wisconsin Farmers Union Member says to, “Engage with people who work on our farms. Meet them and come talk to them.” He says you might need a translator, but he enjoys having them on his farm.