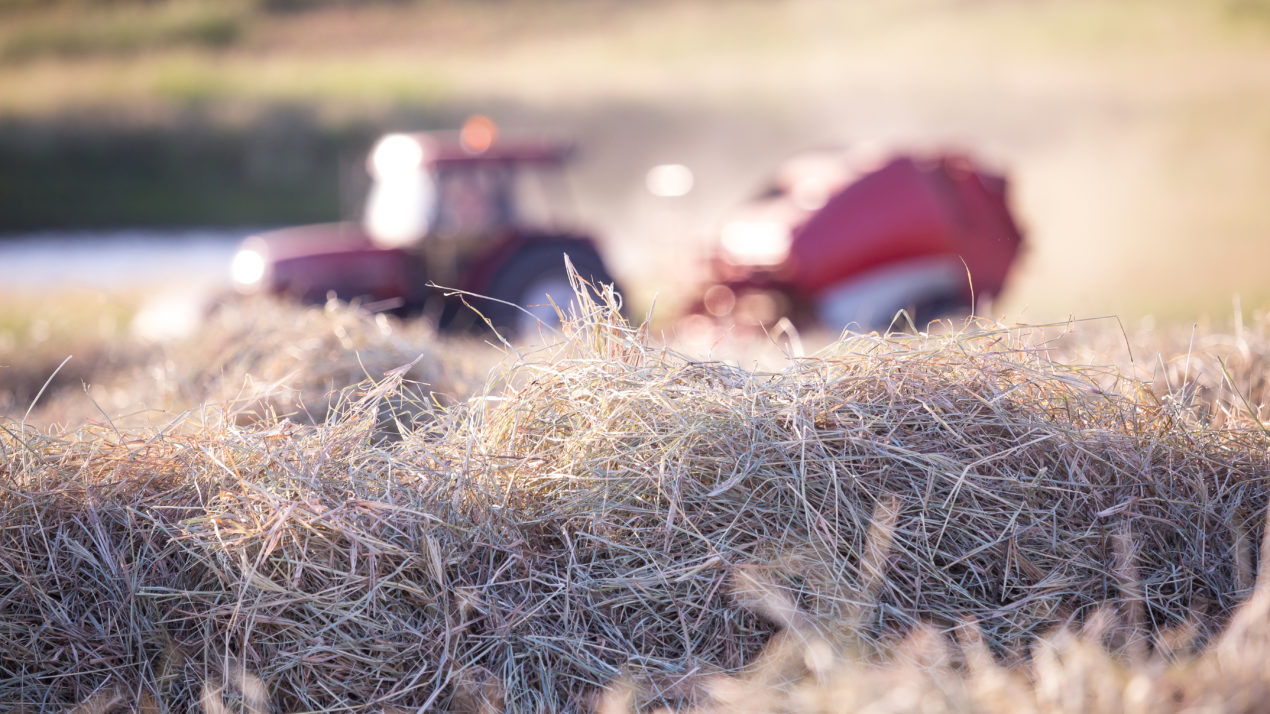 Reports are showing that about 27 percent of first crop hay has been cut in Wisconsin, which is slightly ahead of average. Even with some late cold weather and a few dry spells, it seems that the hay crop is still progressing well. What does this mean for current hay markets? Richard Halopka, Crops and Soils Senior Outreach Specialist with UW-Madison Extension out of Clark County shares what markets are looking like across the state and where things are headed from here.

“There is a demand always for that top quality, greater that 151 relative feed value, good alfalfa hay for dairy operations,” says Halopka “that’s usually the one that kind of drives that market.” That market has continued to remain steady, as it has for the past year. The biggest change in the market right now, is a greater price spread from top to lower quality hay. Lower quality heifer or beef hay has even seen prices drop below $100 per ton lately.

Halopka has also been monitoring what is going on in neighboring states. One observation he has made is, a lot of Wisconsin’s dairy quality forage has been leaving the state currently. Some other states across the country have been experiences more drought conditions, and this hay is going to dairy facilities elsewhere.

Haybines are rolling now on the first crop of hay for the state, and Halopka reports that hay right now is at about 200 relative feed value and 25 inches. Most of this hay being cut now is going into silos or bunkers for haylage, versus being dried and baled. Even with an odd weather pattern, it seems that yield is looking pretty decent for this time around. “If we get some good weather, we could pick up some more yield in the following cuttings,” said Halopka, feeling positive about how things are looking.

As far as hay supply, it seems that there is more hay available in storage now then there was a year ago. Halopka mentions that he is seeing more hay in the fence lines in his area, which is usually a good indicator of a surplus of hay. Many people have also shared with him that they do in fact have extra feed this year, including those that have dispersed their dairy herds this spring.

Looking forward, Halopka predicts that top quality alfalfa is going to remain at a steady price point at around $1.00 to $1.25 per point of relative feed value on a per ton basis. However, the lower quality hay, he predicts will drop below $1.00 per point of relative feed value, as he sees a good supply of lower quality forage available. He does recommend that if you have storage space available, it would be a good idea to make connections early if you’re in the market to purchase hay. This will help ensure you have the supply required and will be a safety net in case weather turns for the worse this summer and hay supply drops.