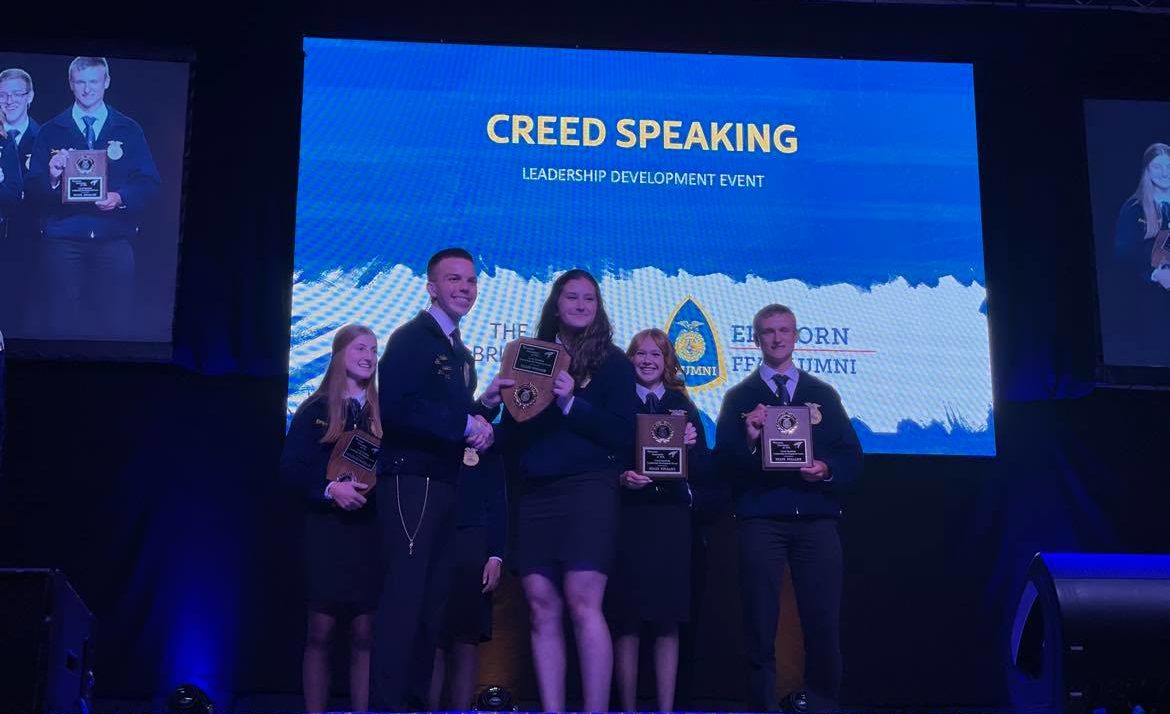 With the 92nd Wisconsin FFA State Convention moving back a month due to the pandemic, it has caused FFA members to have a busier schedule.

Olivia Olson, Lake Mills FFA member, competed in the Creed Leadership Development Event. The State FFA Convention and Jefferson County Fair are both highlights of her summer, but this year they were scheduled for the same week.

After competing Tuesday morning, she went home to check in her fair projects and came back later in the evening. She wouldn’t have had it any other way since she was named the State Winner for the Creed Leadership Development Event and will represent Wisconsin at the National FFA Convention in October in Indianapolis, Indiana.

In this contest, FFA members recite the FFA creed and answer 3 questions afterwards. Olson says, “It’s a lot of fun to get to know more about what’s going on in the agriculture industry.” The first words of the FFA creed are, “I believe in the future of agriculture…” Olson believes in the future of agriculture and she says, “As someone who has been involved in livestock production and agriculture for most of my life, I have been able to have experiences with many amazing men and women in this industry.”

“It’s neat to see the amount of leadership that’s being developed and to know that agriculture is necessary. Without agriculture, there is no future.” Olson says.