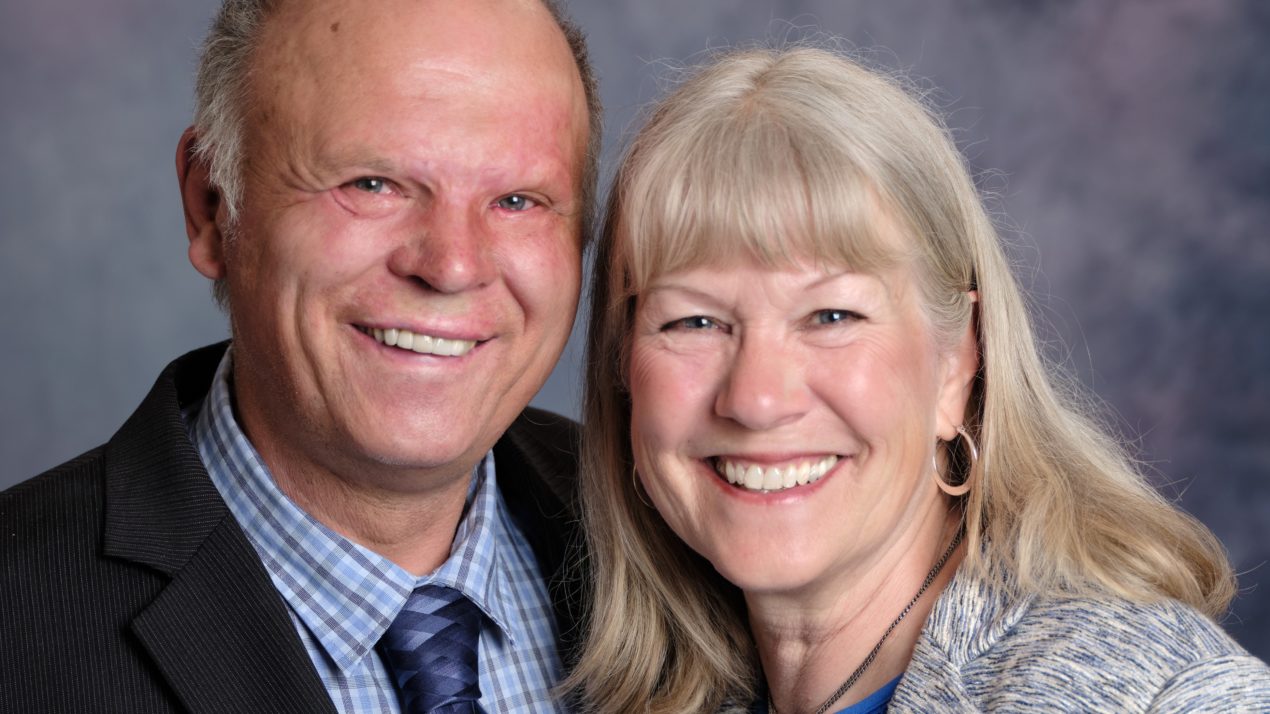 Bob and Kay Zwald, the husband and wife team from Bomaz, Inc., Hammond, Wisconsin, are National Dairy Shrine’s Distinguished Dairy Cattle Breeder Award winner for 2021. This annual award goes to an active, progressive dairy breeder who excels in the management of a dairy herd based on sound genetic and business principles.

The Bomaz prefix is a household name in Holstein circles, known for its profitable, productive cows with high components and breed-leading bulls in A.I. programs. Three generations of the Zwald family have been involved in this farm since it was established by Bob’s parents and later taken over by Bob and his brother Greg in the 1970s. From a herd of 25, and then 100 cows, in a tie-stall barn, the herd expanded in 1996 to 400 cows in a free-stall barn and parlor set-up. Bob and Kay took over the farm about ten years ago and today operate it with two of their five children and their spouses – Annette (Steve Schalla) and Tom (Ashley). Bob is the farm manager and in charge of the genetics program, while Kay is the calf manager. A recent expansion at the farm has added two more sand bedded free-stall barns and a 40-stall rotary parlor enabling the Zwalds to now milk a total of 1,500 cows, in addition to raising 1,200 heifers. Cows are fed a TMR once a day with most roughage and grain raised on the farm’s 2,500 acres. This entirely registered Holstein herd, which is 98.7% homebred, has classified and production tested since the beginning.

Bob and Kay place a high focus on genetics in their breeding program. They aim for that “blue-collar” working cow who will be profitable, long living and thrive in a commercial environment. Their custom selection index places 50% emphasis on production traits (fat and protein) and 50% on health traits. The Zwalds genomic test all of their calves to identify those with superior genetics. The highest females enter their extensive embryo transfer program. Each week four or five donor animals are conventionally flushed at Bomaz, while every other week 25-30 animals undergo in vitro fertilization (IVF). They implant 400 embryos each month. Approximately 40% of their calves are the result of embryo transfer.

Bob’s genetic insight, combined with quick adoption and recognition of new breeding tools and traits, has consistently led this Wisconsin farm to breed some of the highest Holstein animals for Net Merit (NM$) and TPI in the world. The Zwalds have bred 121 Gold Medal Dams, 80 Dams of Merit, 11 Gold Medal sires, and 1,415 cows with over 100,000 lbs. milk lifetime, all with the Bomaz prefix. They have earned Holstein Association USA’s Progressive Genetics Herd Award for 30 straight years and won the Herd of Excellence Award three times. They have exported bulls and embryos to eight foreign countries with bulls like Maxdairy Nihoro-ET in Japan, and Bomaz Eurostar and Bomaz RUW Mystic PP in
Germany, all very popular in those countries.

The Zwalds have been supplying A.I. organizations with high quality Holstein sires since 1979. In total, more than 450 bulls carrying the Bomaz prefix have entered A.I. programs around the world in the last 40+ years. Bomaz was one of the leading herds making A.I. sires prior to the introduction of genomics, and they continue to be a major source today
sending 40-50 bulls per year to A.I. studs.

Nearly every cow at Bomaz traces to one of two cows. The first cow that “put Bomaz on the genetic map” was Bomaz Valiant Daphne (VG-88-GMD-DOM). Daphne had nine sons in A.I. with the most impactful being Bomaz Destruction. Many outstanding females from this line have become “bull mothers” like Bomaz Daggat D Pizza, and Bomaz Yoder 6993 and her daughter Bomaz Topshot 7892. A number of breed-leading TPI and NM$ bulls like Bomaz Marion Emerald 648-ET and the recent Bomaz AltaTopshot-ET, a former number one NM$ sire from the Pizza branch, originate from this family.

The second influential brood matron at Bomaz was Dalse Bomaz 1551 (EX-90-GMD-DOM), who was purchased as a heifer in 1996. Many respected bulls have come from the 1551 family like Bomaz Homestead, Bomaz Boulder-ET and Bomaz Skywalker-ET. On the female side, one of the most significant members has been Bomaz Numero Uno 5904-PO, whose line has resulted in some of the most highly sought after “Polled” genetics in the breed and produced such bulls as Bomaz Monument-P-ET and Bomaz Atomic-PP-ET.

Honest, hard working, full-time dairy farmers, Bob and Kay are very active in their community and the dairy industry. Bob has judged many fairs in Wisconsin and Minnesota. He, along with Charles Kruschke, have coached the St. Croix County 4-H Dairy Cattle Judging Team for more than 40 years. More than 35 of those St. Croix judging teams have gone on to compete at the state level, with four capturing first place and the 1983 team winning the National 4-H Dairy Cattle Judging title at World Dairy Expo. Kay is a Director for Dairy Farmers of Wisconsin and previously served as a Director for the Professional Dairy Producers of Wisconsin. She was on the local school board for 25 years, spent many years as a 4-H leader, and several years on the St. Croix County Fair Board. Very involved in their church, Kay is just finishing up a four-year term on the church’s leadership team. She is also part of the St. Croix County Dairy Promotion Committee and its Farm City Committee which annually organizes a day at a farm that draws thousands of visitors.