Defined By Dairy: Pulling Together For Growth Management 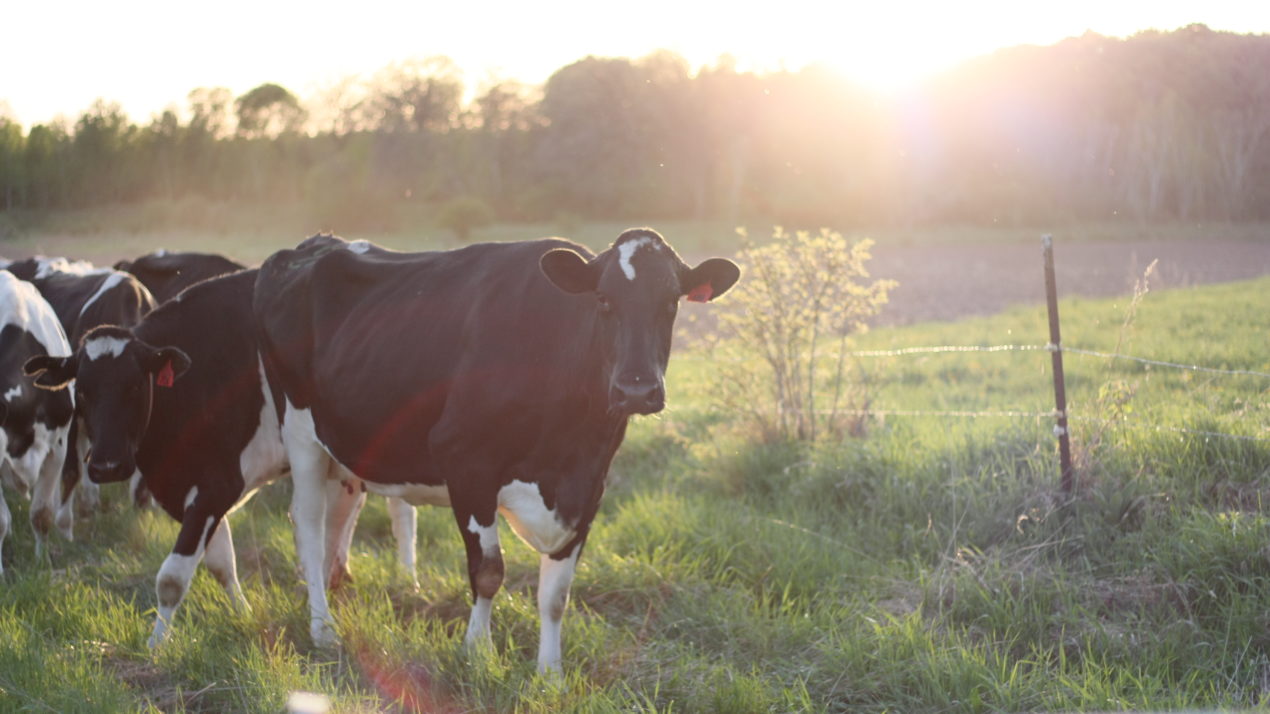 The following is an op-ed by Brittany Olson, Chetek dairy farmer, writer, photographer, and a strong advocate for common sense dairy policy reform

It’s all too easy to look at the Chicago Mercantile Exchange right now and think, “Wow, class III is $23/cwt! It’s about time dairy farmers got a break.” While $23 looks nice on the surface, there’s a whole iceberg of volatility underneath in the forms of astronomically high input costs, inflation, war, weather, and the gnawing realization that what goes up must come down.

When milk prices are that high (and so is the price of everything else), who doesn’t want to put as much milk in the bulk tank as possible? Inevitably, we’ll see another ‘market correction’ like we did in the wake of 2014’s banner year and it’ll be back to hearing about foreclosures, the filling of sale barns, and farmer suicides.

We’ll hear all the experts and other talking heads in our industry saying that the problem is too much supply, while continuing to dance around tapping the brakes of milk production as a solution.

I’ll say it once and I’ll say it again because nothing is more free market than supply balanced with profitable demand, especially with another Farm Bill looming: it doesn’t have to be this way.

During the winter of 2020-21, a group of Wisconsin Farmers Union and Wisconsin Farm Bureau members composed of active and former dairy farmers began to collaborate on possible growth management scenarios. To create a workable program that was simultaneously farmer-led and rooted in science, such a pricing structure would have to adhere to 11 core guidelines:

1. The program shall be mandatory and national in scope including all producers of bovine dairy milk in the U.S.

2. The plan will provide an entrance into the industry for beginning dairy farmers and a strategy for producers to exit the business.

3. The plan will be managed by dairy farmers.
a. A board of elected farmers will serve as directors to guide the implementation of the growth management plan.
b. In order for the plan to be national and mandatory, it will require government authorization but will not involve government control. The plan will be administered through the USDA and governed by a dairy farmer board.
c. Dairy economists and processors will also serve the board in an advisory capacity.

4. The plan will be flexible and responsive to market growth and economic factors.

5. The plan shall reduce risk to price volatility.

6. The plan will allow for dairy imports and exports without conflicting with existing trade agreements.

7. Dairy producers shall be assigned a base volume determined by their historic production.
a. Base is not sold and does not carry value.
b. Base remains with facilities.

9. The plan shall cause no significant increase in cost of dairy products to consumers.

10. The plan shall reduce or eliminate government subsidies to the dairy industry.

11. This plan shall function within any milk pricing system.

What emerged from this framework was a 2021 study by UW’s Chuck Nicholson and Mark Stephenson titled ‘Analyses of Proposed Alternative Growth Management Programs for the U.S. Dairy Industry’. Farmers from across a variety of organizations including WFU, WFBF, and NFO were appointed to steer the direction of the project, truly giving the farmer a voice in the development of the research that ensued.

Key findings from the study showed that overall price volatility would decrease while average milk prices would increase in addition to margin-over-feed costs. As a result, average net farm operating income would increase for farms that stayed within their allowable production increase of 999,999 pounds per year or less – and average milk revenue would be higher by $1.15 to $2.13/cwt from market access fee payments incurred by farmers who decided to exceed their allowable production increase.

The Dairy Revitalization Plan being discussed at these upcoming meetings encourages slow but measured growth as well as staying in your lane if that’s what an individual farmer chooses to do. If a farmer wishes to grow their operation without paying a market access fee, they could add up to 999,999 pounds of milk each year and potentially receive MAF payments.

Also, compared to baseline (aka the reality we live with today with no growth management), annual growth in milk production in the U.S. would slow while allowing for measured but continued annual growth of American dairy exports.

Even with slowed production and reduced supply, the study showed negligible increases of 9 to 15 cents per gallon of milk in addition to price increases of 3 to 11 percent of other dairy products. As an example of the extreme upper end of that price range, a $3.99 pound of butter would go up by 11 percent to $4.43 per pound.

Furthermore, government expenditures on direct payments and insurance payouts to dairy farmers would be reduced by as much as $2.5 billion. Yes, billion with a B.

Some may find it absolutely inconceivable that Farmers Union and Farm Bureau could agree on anything, especially on dairy policy. Those individuals would do well to open policy books for both organizations and discover for themselves that the two groups are in near perfect alignment on dairy and often have more in common than not . As a member of both organizations myself, I’ve witnessed and experienced this togetherness firsthand.

After all, and most of all, we are not defined by the organizations we pay dues to, but we are defined by our love for dairy farming – and loving it enough to know that it needs to change.

To learn more about the Dairy Revitalization Plan, visit dairymarkets.org/GMP.

To listen to Drs. Nicholson and Stephenson explain their findings in person next week in either Abbotsford, Cashton, or Chippewa Falls (and hear from the farmers involved in the research), head over yonder to dairytogether.com/events and register for the meeting closest to you.