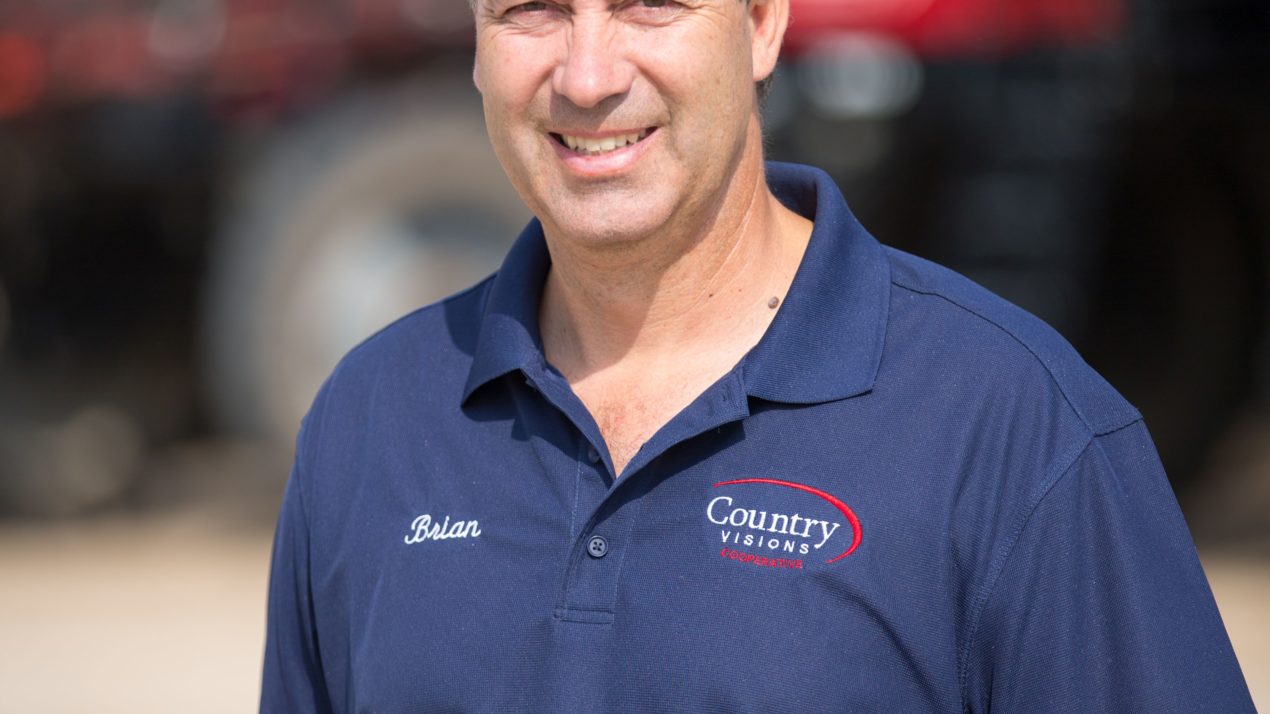 Country Visions Cooperative’s pledge to attract and maintain an outstanding group of employees is evident in the long-standing commitment many of their employees have had in the cooperative system. After 46 years with the cooperative, the standing Vice President, Dennis Halbach, announced that he will retire at the end of the year. The quest to fill that position concluded with Brian Madigan being named Vice President of Agronomy for Country Visions Cooperative. “As the sales manager for our agronomy division, Brian’s experience, commitment and drive for success was evident,” stated Steve Zutz, CEO. “It made him a good fit to step into this role to lead our agronomy team here at Country Visions.”

Madigan will be responsible for Country Visions’ Agronomy Department consisting of $75 million in sales and eight agronomy locations spread throughout the territory.

After growing up on his family’s dairy farm located in Rosendale, Wisconsin, Brian graduated from the University of Wisconsin – River Falls in 1992 with a Bachelor’s of Science in Agriculture Business. Following graduation, Madigan started his career at the cooperative located in Ripon. In 2012, Madigan became the Agronomy Sales manager, tasked with developing one of the best professional agronomy teams in Wisconsin. “Inspired by our previous leadership,” Madigan stated, “I look forward to continuing the growth of our business, as we strive to meet our grower’s needs and keep our customers, as well as our cooperative profitable.”

Today, Madigan resides in Rosendale with his wife Lori and their three children: Keegan, Brady and Carley. He continues to assist in his family’s dairy farm and plays an active role in his local community as he is a Rosendale Fire Department officer, a member of the Rosendale Lion’s club, and a member of Bethel Church in Brandon.

Country Visions Cooperative is a farm supply cooperative with their corporate office located in Reedsville, WI. Serving north eastern Wisconsin and the UP of Michigan, Country Visions offers a unique blend of farm and agriculture related products and services. In addition to Agronomy, the business includes Propane, Refined Fuels and Grain divisions, with Convenience Stores, Country Stores, and quick food restaurants.