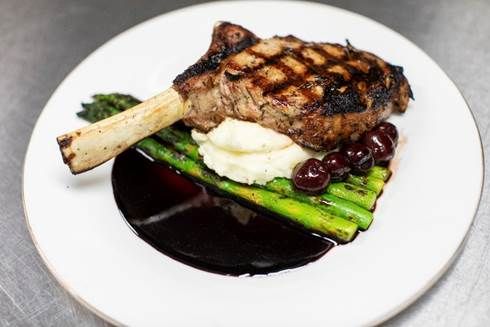 New York and Wisconsin Culinary students recently had the opportunity to compete in the National Collegiate Veal Culinary Competition. To begin the competition, participating students watched a Virtual Veal Farm Tour where they learned about modern veal farm practices. One student said that they were “most surprised to see how much care went into raising the calves.” Following the Virtual Veal Farm Tour, students (individually or in teams) worked with their professors to create a veal recipe of their own.

The Collegiate Veal Culinary Competition was hosted by Beef Checkoff Funded Veal – Discover Delicious in partnership with State Beef Councils. Both the New York Beef Council and the Wisconsin Beef Council engaged with culinary programs in their states to get teams involved. Each State Beef Council picked one top winner from their own entries to compete against each other on the national level.

Recipe submissions were unique and delicious.  The winning recipe submission from Wisconsin was Grilled Veal Chops with Cherry Agrodolce, by Maja Holcomb from Nicolet Area Technical College.  From New York, the winning recipe was a Potato and Veal Bolognese Croquette, which was submitted by three students from The Culinary Institute of New York at Monroe College: Shyla Billie, Kupae Harrison and Morena Hernandez.  Visit Veal.org for the team’s final recipes.

These top state recipes faced off with a social media voting challenge to name the top winner. Winning the national contest was Wisconsin’s entry, a Grilled Veal Chop with Cherry Agrodolce submitted by Maja Holcomb from Nicolet College.

The students from the Culinary Institute of New York took second place with their Potato and Veal Bolognese Croquette.

These winners will be receiving scholarship money for being the top contestants in their state.

In total, Wisconsin received five entries from four technical colleges with culinary programs.  In addition to Ms. Holcomb’s recipe, the other entries were: