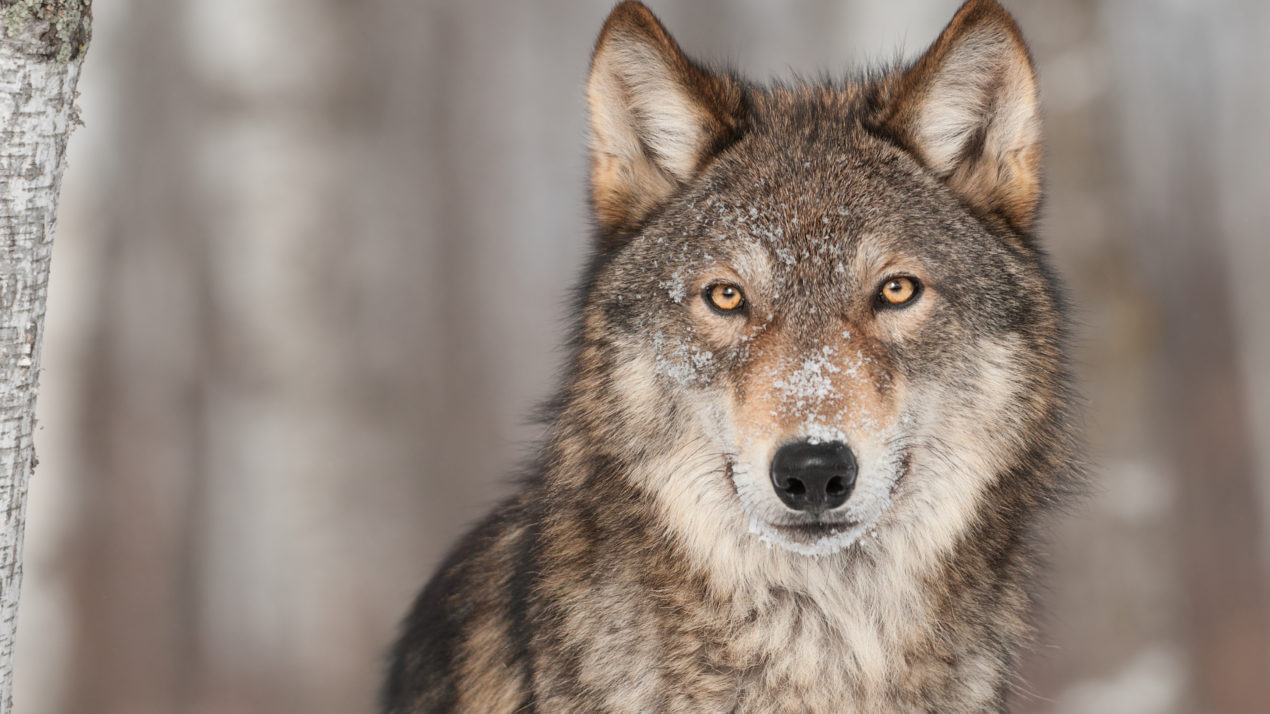 About 100 additional wolves died over the winter in Wisconsin as a result of the delisting of grey wolves under the Endangered Species Act, alongside the 218 wolves killed by licensed hunters during Wisconsin’s first public wolf hunt, according to new research.

The combined loss of 313 to 323 wolves represents a decline in the state’s wolf population of between 27 percent and 33 percent between April 2020 and April 2021. Researchers estimate that a majority of these additional, uncounted deaths are due to something called cryptic poaching, where poachers hide evidence of illegal killings.

The findings are the first estimate of Wisconsin’s wolf population since the public hunt in February, which ended early after hunters exceeded the quota of 119 wolves within a few days. These population estimates can help the Wisconsin DNR prepare for the next legally mandated wolf hunt this fall.

They also provide guidance to other states planning wolf hunts following the removal of federal protections announced in November 2020 and effective January 2021.

The researchers estimate that Wisconsin now hosts between 695 and 751 wolves, compared with at least 1,034 wolves last year. The scientists say this likely represents the maximum current wolf population, because they incorporated optimistic assumptions about population growth and low poaching rates into their models.

This decline is despite the hunting quota of 119 wolves for non-native hunters, set with the goal of helping maintain but not reduce the state’s wolf population. Ojibwe Tribes were granted a quota of 81 wolves, but they did not conduct a hunt.

“Although the DNR is aiming for a stable population, we estimate the population actually dropped significantly,” says Treves, a professor in the Nelson Institute for Environmental Studies and director of the Carnivore Coexistence Lab at UW–Madison.

The new study suggests that about one-third of the population decline is due to hidden deaths in the wolf population, resulting from relaxed legal protections. Other studies suggest that when governments allow lethal management, would-be poachers are inclined to kill more wolves because the relaxed policies signal that predators are less valued.

“During these periods, we see an effect on poaching, both reported and cryptic. Those wolves disappear and you never find them again,” says Santiago-Ávila, a postdoctoral researcher in the lab. “Additional deaths are caused simply by the policy signal, and the wolf hunt adds to that.”

Treves and his team estimate that the population could recover in one to two years without hunting. Wisconsin law requires a wolf hunt between November and February when hunting is not prohibited by federal protections.

Following the federal delisting of wolves that became effective in January 2021, the DNR initially planned to conduct the first hunt in November 2021. But after a lawsuit, the DNR immediately implemented a wolf hunt at the end of February.

The research team hopes that the Wisconsin DNR and other states’ natural resource agencies take advantage of their methods to develop a more complete assessment of the effect of new policies on predator populations.

“These methods and models are freely available to these agencies,” says Putrevu, a doctoral student who also researches tiger populations in the Russian Far East. “They should take advantage of the best available science to meet their stated goals.”