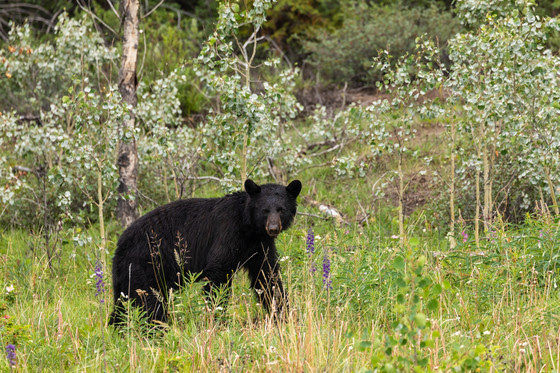 Preliminary data from the Wisconsin Department of Natural Resources (DNR) shows hunters harvested 4,129 bears during the 2020 Wisconsin black bear season, an increase from the 3,679 reported in 2019.

“Wisconsin is a national leader in bear hunting, and preliminary registration data shows that to be true once again this year,” said Randy Johnson, DNR large carnivore specialist. “Despite slight reductions in the overall quota and total permits available to hunters, we saw harvest increase by about 450 bears from the previous year. Once again, the data from harvested bears provided by hunters will be critical to tracking bear population trends and establishing future harvest quotas to achieve population management objectives.”

This year, all four management zones met and exceeded harvest goals, driven primarily by above-average hunter success rates, especially across the three northern zones (A, B, D). With the exception of Zone A (north-central) where a reduction in permits led to a decrease in harvest (from 946 to 892), all zones saw increased harvest from the previous year (Zone B: from 658 to 753; Zone C: from 900 to 1046; Zone D: from 1,175 to 1,438). The data from this year’s harvest will play an important role in determining future harvest levels and ensuring that Wisconsin’s bear population remains healthy and sustainable into the future.

“The first week of the bear season in early September saw below-average temperatures, rain and even a couple of hard frosts across much of the northern part of the state,” Johnson said. “This weather can be generally favorable for bear hunting, particularly for hunting with the use of bait, and likely contributed to the high success rates for those hunters at the beginning of the season. The second week was mostly dry with moderate temperatures, which can be more favorable for those hunting with hounds. In addition, as a result of the pandemic, folks may have had more time to devote to hunting bear this year than in other years. These factors, combined with a healthy bear population, likely all contributed to the high success rates this year.”

Reflecting continued high interest in Wisconsin’s bear hunting opportunities, more than 119,000 hunters applied for either a harvest permit or preference point for the 2020 season.

Hunters wishing to obtain a permit or preference points for the 2021 season are encouraged to apply through GoWild before the Dec. 10 deadline. New zones will be in effect for the 2021 season, and hunters should make sure to check the new zone map before selecting their zone in GoWild.

“What’s not captured in harvest information are the countless memories made among families and friends and all the hours spent outside taking in Wisconsin’s wonderful outdoors,” Johnson said. “The bear hunting tradition in Wisconsin is very strong, and interest in the activity continues to grow.”

Visit the DNR website to learn more about black bear ecology, history and management in Wisconsin and to review the 2019-29 Wisconsin Black Bear Management Plan.