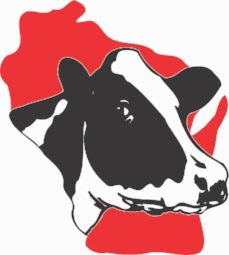 The Wisconsin Holstein Association is pleased to welcome Sunnyside Standout-TW, EDR V I Angie Melvina and Emil Titel as the 2021 Wall of Fame inductees. Award presentation for these outstanding individuals will take place at the WHA State Holstein Picnic hosted at Selz-Pralle Dairy, Humbird, on Saturday, October 9.

Standout comes from a well-respected Wisconsin herd, Sunnyside Dairy owned and operated by the Borgwardt family. Today the herd is operated by Todd and Susan but prior to their management the dairy was managed by Roger and Bill Borgwardt and earlier Elroy Borgwardt. All of whom were active in the Wisconsin Holstein Association and served on the WHA board of directors.

At Tri-State Breeders, Standout had at least 11,000 daughters in his proof in nearly 3,000 herds and over 5,000 daughters classified. At that time, Standout was an exceptional production bull with sound type.

He had hundreds of sons that made an impact on the breed. His highest scored daughter, JPG Standout Kandy EX-96 2E GMD, was All-American Aged Cow in 1977 and admired by many yet today.

Standout passed when he was 12 years old. He was the type of bull that made both animals for the showring and breeder herds across the USA.

Melvina’s legacy would unfold at Our-Favorite Holsteins in Fall Creek. Todd Stanek purchased her from the Marsh’s dispersal in 1992 as a 5-year-old. She became the foundation cow of the Our-Favorite Conceited EX-92 cow family which has produced offspring that are known around the globe. Her most famous descendant, Our-Favorite Unlimited, EX-94 2E is an Atwood who has produced many high-ranking sons in A.I. as well as daughters who too have produced their own sons.

At the time, Melvina had a good index and to gain A.I. interest, Stanek put her on a flush program to high index sires like Mascot. Many of her flushes resulted in 20-25 embryos.

Wall of Fame Person: Emil Titel
The Wall of Fame Person is Emil Titel of Plymouth, the renowned breeder of several of the foundation cows and bulls of the breed in the 1920s and 1930s. Titel was born in 1874 in Glenbeulah and after graduation from public schools he started farming with his father and purchased some heifers in 1906 that became the foundation of three important families.

Emil’s principal cow families the Vickery Vales, the Klazerinas and the Little Gifts were influential in the Charles Konop, John Pester, Pabst Farms, John Hetts’ Crescent Beauty-Admirals, Kyland, Osborndale, Dunloggin, Pinehurst and Wisconsin Reformatory herds. His influence can be seen in the pedigree of Wisconsin Admiral Burke Lad VG-GM. His sire Wisconsin Admiral Burke has four Vickery Vale females in a row that were bred by Titel on the maternal side. He also bred the Admiral Ormsby Fobes son who sired Burke Lad’s dam.

A third family that resulted from Titel’s original purchase of heifers in 1906 were the Little Gifts who had a lesser influence, but can be found behind some of the Dunloggin cattle.

Emil Titel died in 1952 at the age of 78 years. The farm and herd were continued by his son Arthur Titel who sold out in 1957 at a Baird-managed auction with an average of $365.00 on 37 milking age females. Pinehurst Farms purchased the high seller Bonny Comet Beauty 2d, whose sire and dam were Admiral Comet offspring for $875.

Join other Registered Holstein enthusiasts at the State Holstein Picnic to welcome these exceptional individuals on to the Wall of Fame. In addition to these presentations, the picnic will offer farm tours of the host’s operation, Selz-Pralle Dairy, a dairy cattle memorabilia display, a meal, wine and cheese samples and a pop-up shop by A Farm Chick’s Closet.