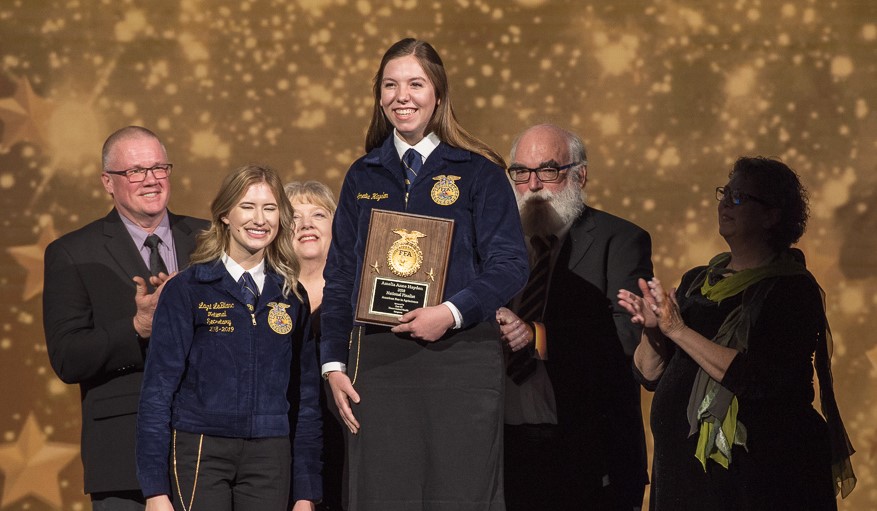 Each year FFA members that earn their American FFA Degree have the opportunity to apply to be an American Star Finalist. The American FFA Degree is the highest degree the organization can bestow upon its members. Less than 1% of FFA members across the United States are able to earn this honor. American Stars are then selected as the best of the best from these degree recipients, based on their Supervised Agricultural Experience programs. Winners are chosen at the National FFA Convention and Expo in October in the areas of American Star Farmer, Star In Agribusiness, Star In Agricultural Placement and Star In Agriscience.

The individuals selected by the Wisconsin FFA will have their applications submitted to national competition in hopes of being named a national finalist. Wisconsin has a strong tradition of having quality candidates with many becoming finalists as well as winners. Finalists will be announced later this summer following National FFA judging, and finalists will compete at the National Convention this fall.

Congratulations to the following individuals who were selected as the 2021 Wisconsin FFA American Star Candidates.