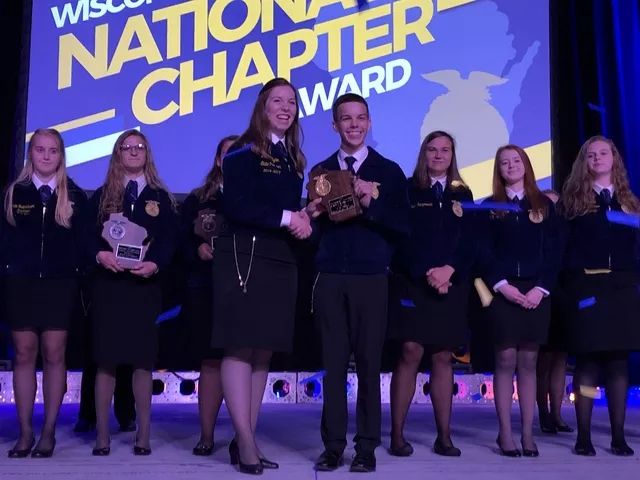 The four day convention will not only feature the in-person aspect as usual, but the association also plans to put a large emphasis on a virtual component to the convention to serve people who may not be able to attend for various reasons. Facebook, YouTube and wisconsinffa.org will be the main platforms used to share the convention live stream and events with non-attendees.

The state officer team plans on recognizing members and award winners for this year, as well as some from last year that weren’t able to be recognized due to a fully virtual convention. Be sure to stay tuned for any pre-convention announcements on all platforms as well. Some awards, such as proficiency awards, will be announced before convention this year to allow submission to the national level. These students will then be recognized a second time at the in-person convention.

All regulations set by the Alliant Energy Center, Dane County and Wisconsin will be followed at the convention, whatever they may be at that time. Stay tuned to Wisconsin FFA’s social media platforms and website for more updates as we get closer to convention.