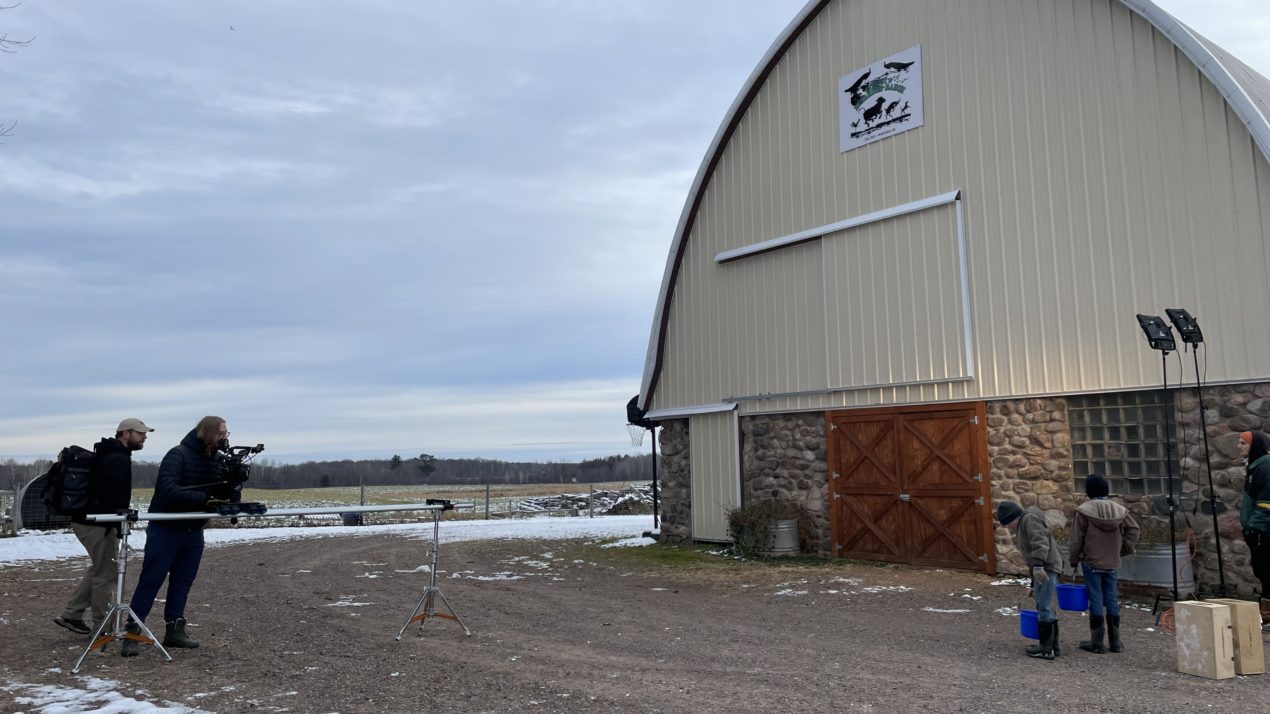 A new short film premiered by Wisconsin Farmers Union (WFU) digs in on the concentration crisis in America. “Get Loud: The Fight for the Soul of Agriculture” features voices from WFU, alongside antitrust researcher and author Austin Frerick. The core question at the heart of the film – what kind of food system do we want?

“The current food system is not serving farmers, laborers in the supply chain, nor consumers. Instead, it’s serving a handful of powerful monopolies who control nearly every aspect of the food supply chain and incentivize consolidation and concentration,” says WFU Communications Director Danielle Endvick. “We are at this fork in the road where we can either restore some vibrancy to rural America or we can continue down the path we’re on.

The film shares how a decline in the vitality of rural communities coincided with concentration in agricultural and retail food markets, with family farms bearing the brunt of this injustice, says a WFU representative.

“There’s a concentration crisis in America,” says Frerick, who serves as Deputy Director of the Thurman Arnold Project on competition policy and antitrust enforcement at Yale University.  “We’ve seen the collapse of a lot of family farmers, first in hogs, then in dairy, and now it’s happening in beef.”

“Farmers are being both squeezed on the input and output side,” Frerick adds. “So when they buy their seeds and when they buy their fertilizer, both of which are super concentrated, they’re paying monopoly prices for it. Then when they go to sell, they are selling to monopolies. So not only are they overpaying but then they’re getting underpaid.”

As Dunn County sheep farmer and WFU Special Projects Director Lauren Langworthy points out in the film, farmer movements helped usher in Progressive Era trustbusting and economic reforms. “There was this massive amount of consolidation and the people rose up and they said no more of this,” Langworthy says. “We’re in that moment again and we have this huge opportunity. We have the laws we need on the books, we just need to be enforcing them.”

Concentration in Agriculture was again chosen as one of the core Special Orders of Business by the WFU grassroots membership at the family farm organization’s annual convention in January. It also has been a priority issue for the National Farmers Union, which kicked off a Fairness for Farmers campaign in 2021.

WFU is empowering members to lend their voice to a growing national conversation on antitrust and monopoly power.

“We do need to get a little bit loud about this issue,” says Endvick. “Reach out to your legislators and demand some change. A big step is educating ourselves and consumers.”

Learn more about the fight for a fair and just food system and view the film at wisconsinfarmersunion.com/monopolypower