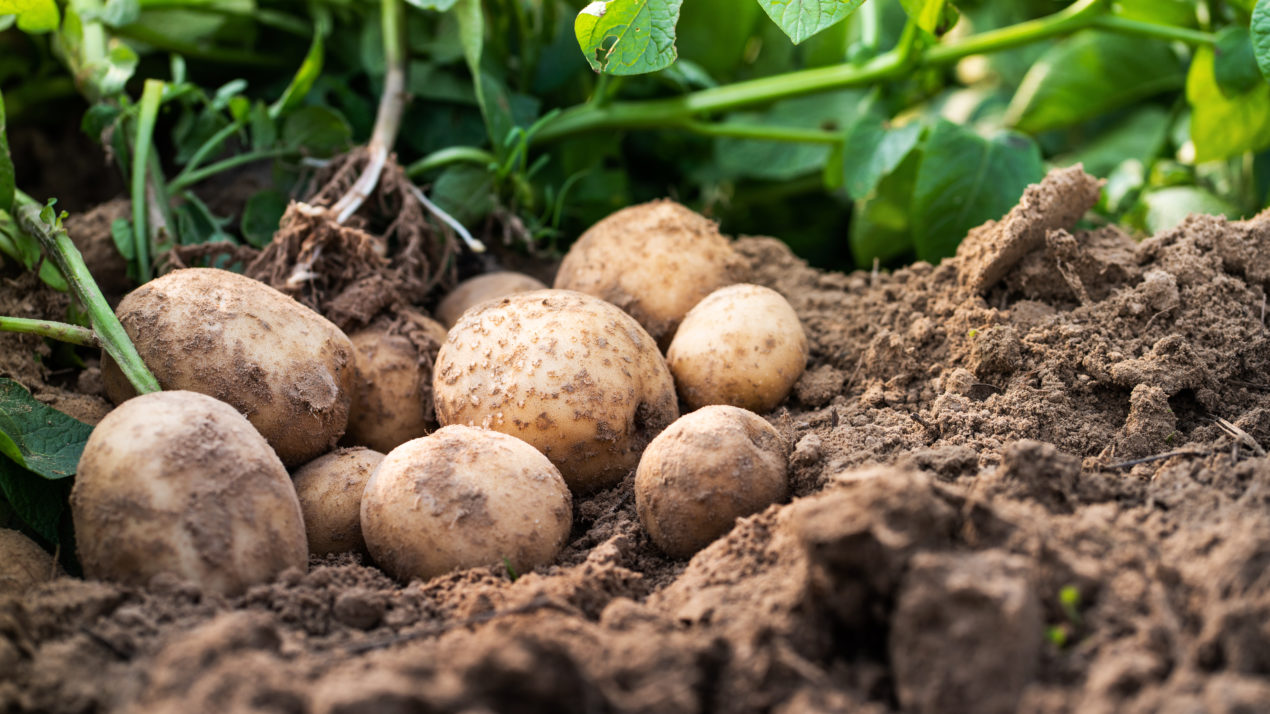 Distant cousins of cultivated potato may hold the key to unlocking new sources of resistance to the tuber crop’s most devastating disease, late blight.

That’s the hope of a team of USDA Agricultural Research Service (ARS) scientists affiliated with the University of Wisconsin–Madison College of Agricultural and Life Sciences (CALS), who conducted laboratory trials in which they exposed the leaves of 72 different species of wild potato to spores of the late blight pathogen Phytophthora infestans—the same culprit that triggered the Irish Potato Famine of the 1840s.

Late blight remains a worldwide threat today to not only potato, but also tomato crops, inflicting an estimated $6.7 billion annually in yield losses and control costs. In susceptible varieties, the fungus-like pathogen causes dark lesions and other disease symptoms that rapidly destroy the plant’s leaves, stem, fruit or tubers, noted Dennis Halterman, a plant geneticist with the ARS Vegetable Crops Research Unit in Madison, Wisconsin, who is also an honorary associate in the CALS Department of Plant Pathology.

There, Halterman specializes in the genetic “arms race” that potato plants engage in with the pathogens that attack and sicken them, often forcing growers to retaliate with chemical controls like fungicide that can ratchet up production costs and concerns over environmental harm.

Halterman set his sights on the hard-scrabble relatives of cultivated potato growing wild in Central and South America, and Mexico, where late blight originated and co-evolved with the plant, a member of the nightshade family. The collaborative project involved Shelley Jansky, retired ARS scientist and CALS professor emeritus of horticulture, and Hari Karki, ARS research associate and CALS honorary associate in the horticulture department.

“Although most wild species make small potatoes that you would not want to eat—they could actually make you pretty sick—they exist in harsh natural environments without fertilizer, irrigation or pesticides,” noted Halterman in an educational video on his efforts.

In addition to adapting to diverse growing conditions, many wild potato species boast formidable defenses against diseases like late blight. This makes them an especially valuable resource for resistance genes that can benefit farmed varieties—and more broadly, contribute to world food security.

“Once we identify a species that contains resistance, our goal is to transfer that resistance into cultivated potato so that farmers can grow healthy crops using less pesticide,” said Halterman.

The need for new sources of late blight resistance is a constant one. Partly, this is because of the pathogen’s uncanny ability to mutate into new variants that can overcome a potato variety’s existing genes for protection against the disease. Among those are US-23, the most common variant circulating in U.S. potatoes, and NL13316, an even more potent variant that can “neutralize” a valuable potato gene known for conferring broad-spectrum late blight resistance, namely RB.

Of the 72 total species the researchers examined, 12 of them showed high levels of leaf resistance that had never been documented before, opening the door to entirely new defense mechanisms against late blight.

That said, developing new potato varieties with new traits is a lengthy process, taking 10-15 years before they’re ready for market. But Halterman is hopeful that with new approaches like marker-assisted selection, genome mapping and the ability to clone (copy) and insert specific genes of interest, prized traits like late blight resistance can be passed into promising new varieties faster and more efficiently.