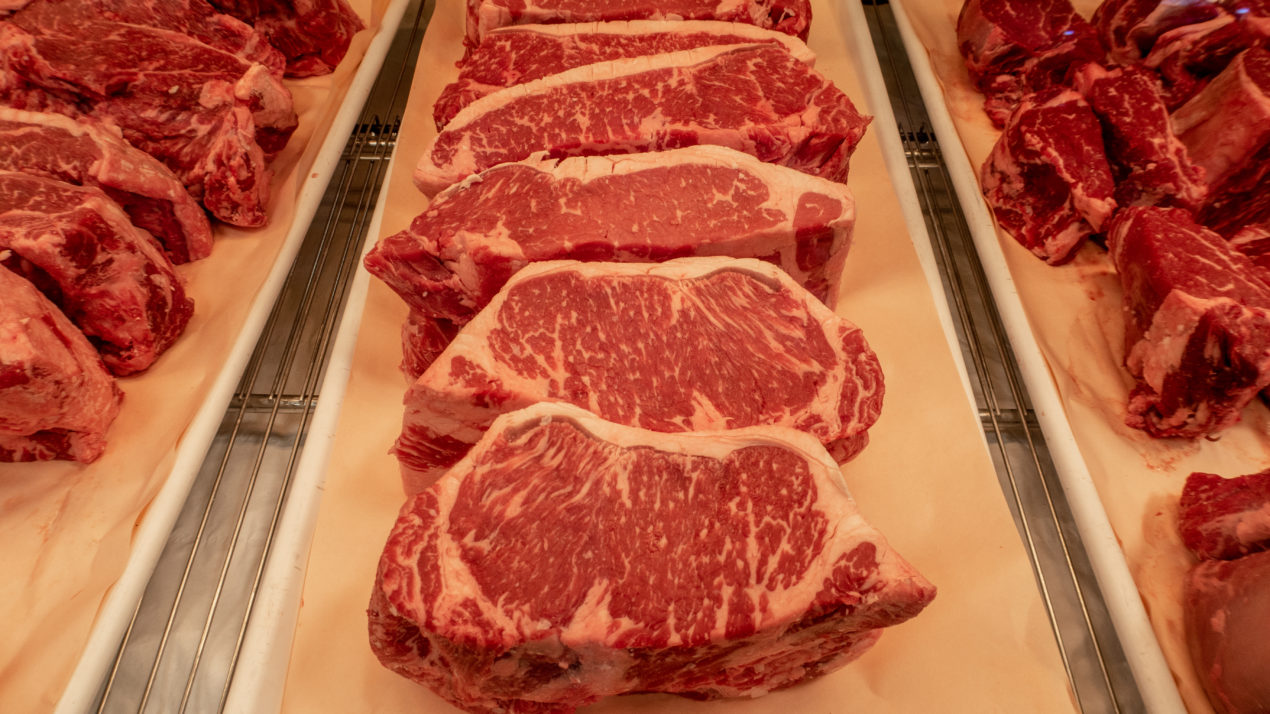 ■ Strong beef demand kept bidding active at auction markets with prices steady in and around Wisconsin.  Average carcass weights for beef breed steers last week was 866.1 pounds, similar to the week prior. Last week’s estimated harvest was 640,000 head. There’s a larger harvest being assembled this week. The carcass cutout value is still showing strength, ending Thursday at $282.31. Grain markets have been a runaway train, and that’s putting pressure on the cattle complex. Kansas State University estimates cattle marketed in September will see a $121.00/cwt breakeven. That would mean cash cattle prices coming out of the dog days of summer equal with the current market. Retail beef prices were higher in March with the Choice beef composite retail price at $6.48/pound – about 7.2 percent higher than last March. One Wisconsin beef packing company has said ground beef demand has been softer recently.  Weekly export sales data indicates orders for 24,600 metric tons of US raised beef.  China purchased 3,100 metric tons while Mexico purchased 2,100 metric tons.  #

■ China’s first quarter pork production is up 32 percent compared to last year.  No one disputes China continues to grow their swine herd after massive losses brought on by African Swine Fever (ASF.)  The question is to what extent continued outbreaks are impacting production there. A check of the Weekly Agricultural Export Sales report brought a shock as pork came in at -22,100 metric tons. A negative number that large causes a lot of questions, but the answer is fairly simple.  A correction was needed due to an error in the reporting of a pork export sale during the 2020 marketing year.  That correction of 54,476 metric tons was subtracted from last week’s sales, so there is actually a net sales number of 32,376 metric tons. China purchased 13,100 metric tons of the total.  Cash hogs are higher again this week with the live basis on Thursday at $82.35and $107.30 on a carcass basis. Hog harvest for last week was estimated to be 2.469 million head. The USDA reported March’s pork composite price was $4.16.pound – about 8.3 percent higher than March 2021.  #

■ The average number of dairy cows in Wisconsin during March was 1.27 million head, up 3,000 head from February 2021 and up 7,000 head compared to March of 2020.  Milk production in Wisconsin during March totaled 2.72 billion pounds, up 4 percent from last March.  Milk production nationally was 2 percent higher than last year. The average number of milk cows in the United States during the quarter was 9.46 million head, 29,000 head more than the October – December quarter, and 80,000 head more than the same period last year. This is the largest US dairy herd in 30 years. #

■ Persistent dry weather is impacting cattle grazing country.  It’s estimated 43 percent of the Western states are considered Extremely or Exceptionally Dry.  Just over 36 percent of Wisconsin is considered Abnormally Dry, the least severe rating related to dry conditions.  Cold weather has hampered planting in the state.  Twenty-nine percent of oats and 1 percent of corn has been planted in Wisconsin.