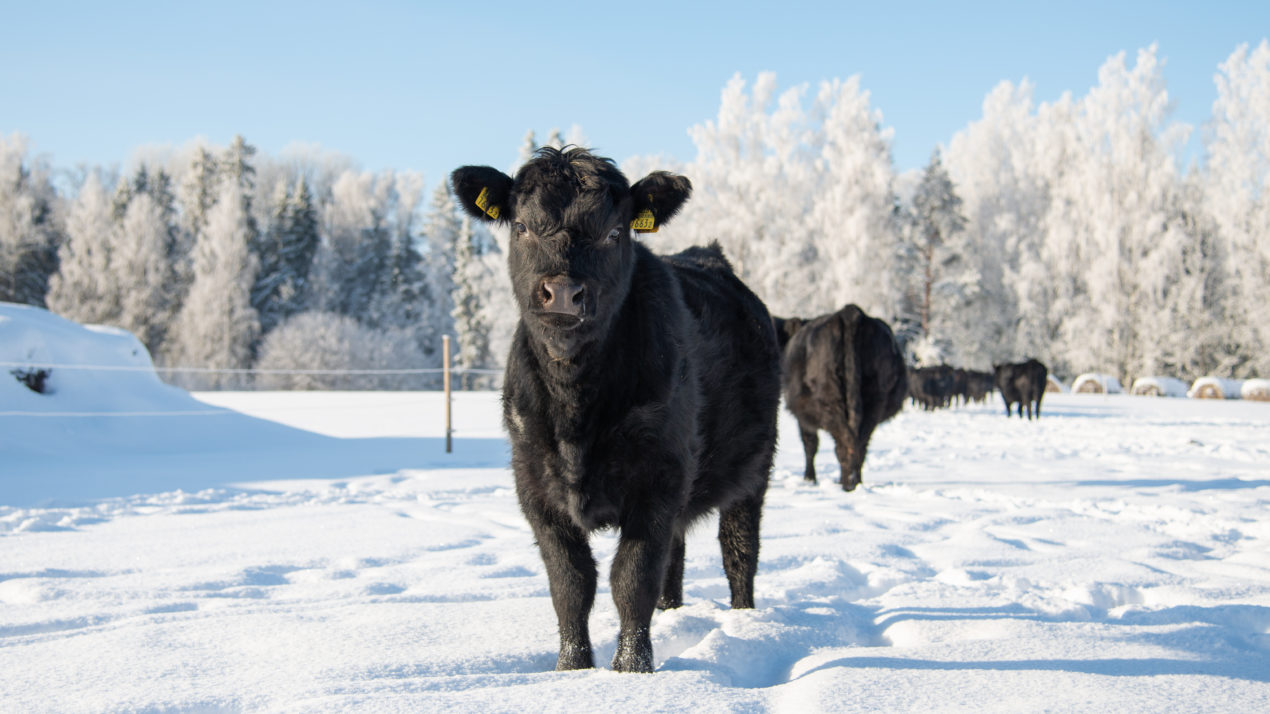 Weather continues to impact markets and cattle movement.  Estimated harvest for the week ending February 13 was 611,000 head with expectations for a similar number this week. Harvest for the week ending February 6 was 653,000 head. The North is just beginning to crawl out of the deep freeze as Texas and the Plains continue to deal with snow, ice and cold temperatures. Widespread power outages brought on by the weather and energy demand outpacing production is creating havoc in Texas. Rolling blackouts are not sparing packing plants there.  Carcass weights for beef breed steers averaged 2 pounds lighter than the previous week and 16 pounds heavier than last year.  Weights will drop due to the cold weather and storms as the effects are felt for weeks to come.  It’s difficult to get a true picture of cattle prices with the weather disruptions.  Cash cattle prices (nationally reported prices for cattle purchased directly from feedlots) were higher in the North, but steady in the South on a very light test.  The USDA will release a Cattle on Feed Report Friday (2/19) afternoon. Average trade estimates are for the number of cattle on feed to be 1 percent higher than February 2020. Trade estimates for placements range from 95.6 to 101.3 percent compared to a year ago with cattle marketed about 5 percent below last February.

Cash hogs continue to move higher. Some of the price increase could be due to the weather.  Harvest estimate for last week was 2.664 million head compared to 2.691 million the week prior. Harvest numbers had been decreasing before the cold snap, however.  Carcass weights have been coming down as well.  Feeder pig prices are on the rise.  Strong domestic demand is expected to help cash hog prices through the first quarter.  Higher feed prices are expected to keep sow harvest numbers higher as more intense culling and liquidation continues.  Tighter supplies could mean summer harvest numbers closer to 2.4 million head weekly, although those numbers are still a matter of some speculation.  Total US pork exports are expected to be 1.5 percent lower than last year according to the USDA Economic Research Service. That estimate is based on a likely decrease in pork sales to China.

The USDA Ag Outlook Forum was held this week.  The USDA did release early acreage estimates that were, for the most part, in line with industry estimates. The USDA expects 92 million acres of corn to be planted for the 2021-22 crop season and estimates the average price for corn to be $4.20/bushel.  Soybeans are estimated to be planted on 90 million acres with an average price of $11.25/bushel.  As it was pointed out by USDA Chief Economist, Seth Meyer, weather will have the final say regarding acreage and prices.