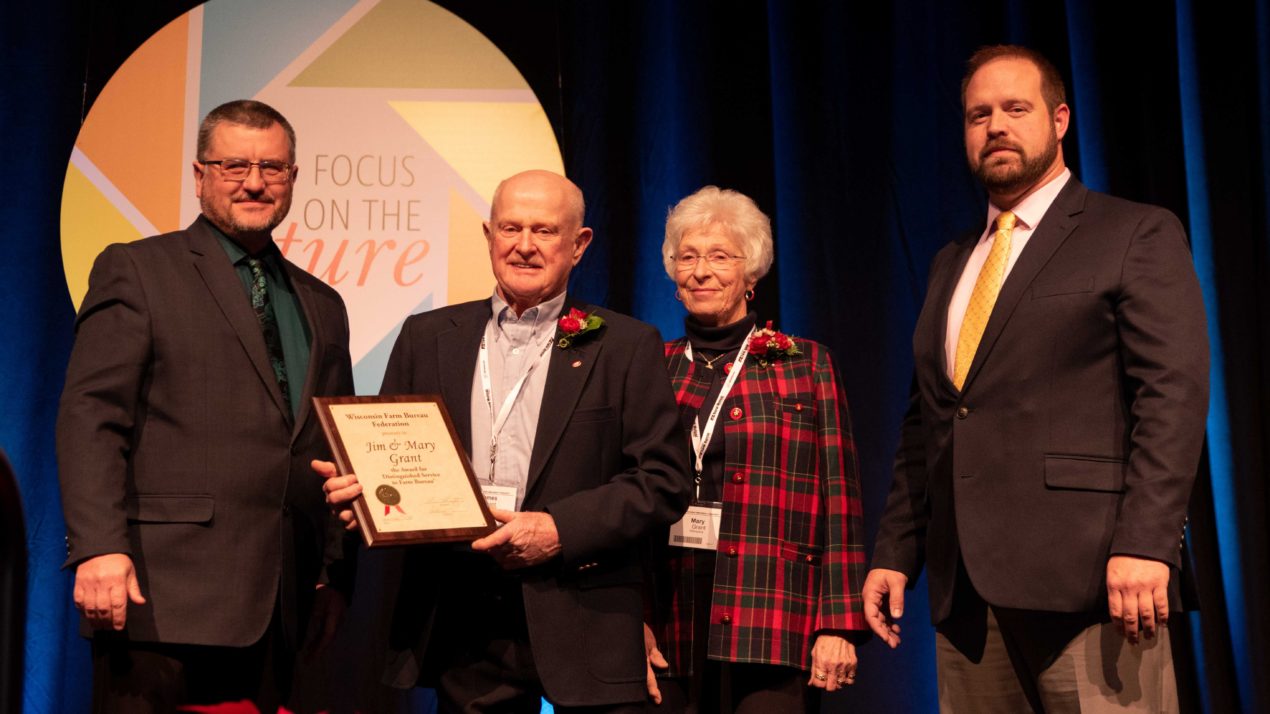 Jim and Mary were presented the Wisconsin Farm Bureau Federation’s ‘Distinguished Service to Farm Bureau’ award during the organization’s Annual Meeting in Wisconsin Dells on December 5.

“It is because of their dedication to the Farm Bureau organization and agriculture that I am extremely pleased to recognize Jim and Mary’s distinguished service to Farm Bureau,” said WFBF President Kevin Krentz.

Jim and Mary Grant have been actively involved in Farm Bureau and their community for the past 50 years. When Jim was younger, he served 10 years as town clerk, as trustee at their church and as dairy leader for the local 4-H club. He served as president of the board at FS Cooperative in Amherst. Jim also served as a delegate for the Consolidated Badger Cooperative, Morning Glory Farms and Foremost Farms.

Steingraber also said that Jim and Mary had a slow start in Farm Bureau. Initially they joined the Portage County Farm Bureau but weren’t active because of the distance to travel to the meetings. A neighbor asked the couple to become a member of the Waupaca County Farm Bureau family. Jim eagerly agreed and was elected to the board of directors. He served 13 years as president and then as secretary and treasurer for many years. He was the greeter at county annual meetings and served as a delegate representing Waupaca County at the WFBF Annual Meeting for many years.

“Jim and Mary are most deserving of this recognition,” said Steingraber.