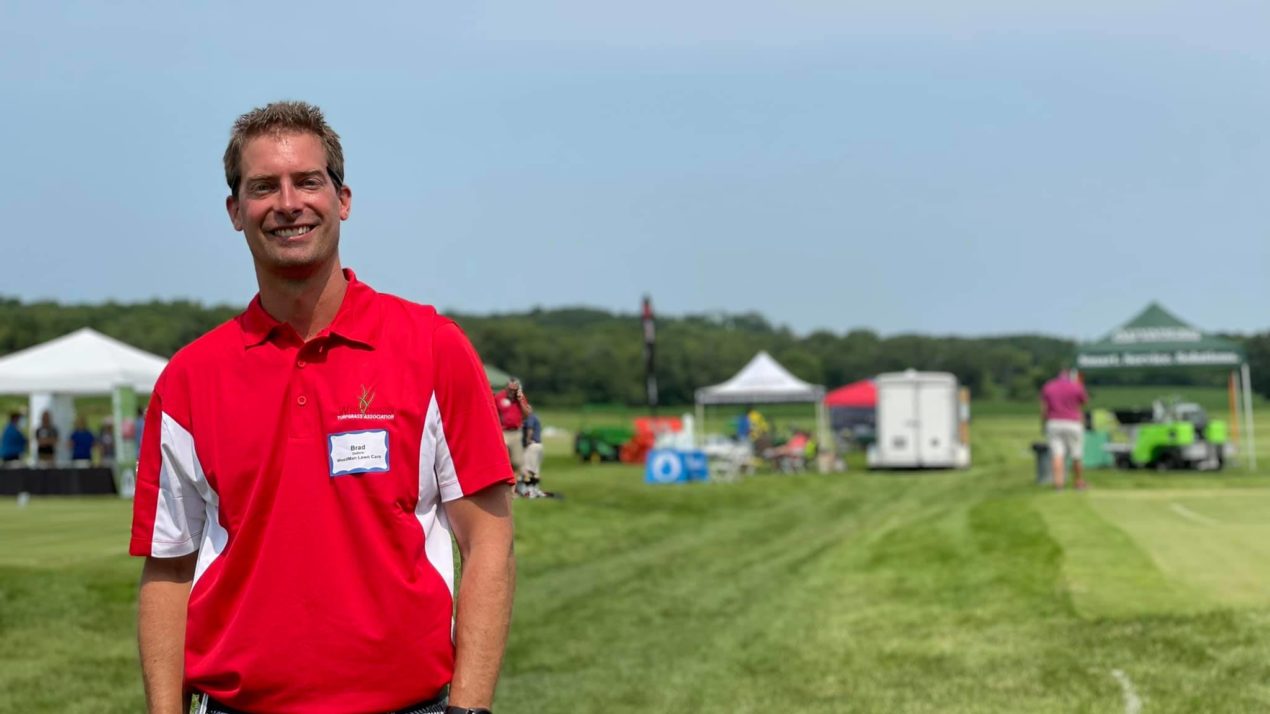 Bruce Schweiger, Superintendent at O.J. Noer Turfgrass Research and Education Facility, says, “People won’t think about this, but turfgrass is the 4th largest crop grown in the state by acreage” which includes parks, roadsides, framework to houses, sports fields, and golf courses. Schweiger says, “What turfgrass is to the State of Wiconsin and the world is we are the frame” which means, “When you drive by a house and the house looks pretty, if the lawn looks bad, you look at the lawn, not the house. We’re the frame that goes around the picture.”

Specifically, the O.J. Noer Turfgrass Research and Education Facility Schweiger says it was, “Named after OJ Noer who was the first true turfgrass professor in the United States, possibly the world.” The facility does research and Schweiger says, “Because of the work we do, we can help homeowners, golf courses, sports field, parks, just about anyone growing grass with any problems they have even to the fact we have a diagnostic lab on site.”

There are conversations happening between farmers producing crops like soybeans or corn and those that work in the turfgrass industry. “A farmer has to be a great steward of his environment because that’s how he makes a living. We have to be the same thing” Schweiger says.

Wisconsin Turfgrass Association President, Brad DeBels, says the group puts on many events, but the summer field day specifically, “Showcases all of the research that the UW does whether that’s the golf industry, lawn care industry, or sports turf.” Just like many other groups, this was the first time in history they offered remote events and will continue their virtual happy hour with the turf doc’s.

Additionally, he said it was good to be back at the same facility he was during his college career. DeBels says, “There’s some projects that I put in and projects that I worked on that are still here and instrumental to the ideas we have around turfgrass.”

Josh LePine, Certified Golf Course Superintendent at Maple Bluff Golf Course, says, “We’re seeing record number of golfers.” LePine says, “We relate this to the Tiger Woods Era” which was back in the 1990’s when many people were interested in golfing.

LePine first began with working at a golf course since 14 and after college, LePine says, “I’ve been a practicing land steward managing golf courses ever since.” His education is important and there are a few different ways to receive education including a 4 year degree, but LePine says, “If you’re in agricultural business, you’re probably real familiar with the short course programs.” There is a new certificate for turfgrass management at the UW-Madison Farm & Industry Short Course being offered this fall.

“It’s a great job because you get to work outside, but if you’re not a morning person, it’s not the job for you” says LePine. There are many responsibilities he does, but LePine says, “I consider msyelf a turf farmer” since “We’re up early. We’re operating equipment. We’re protecting the environment. We’re growing a crop, not so much for yield, more for quality and playability because the guests are playing a sport on what we’re growing.”

The Wisconsin Turfgrass industry has been vital to his and many other life’s. “I want to thank the industry that has been so good to me” LePine says.