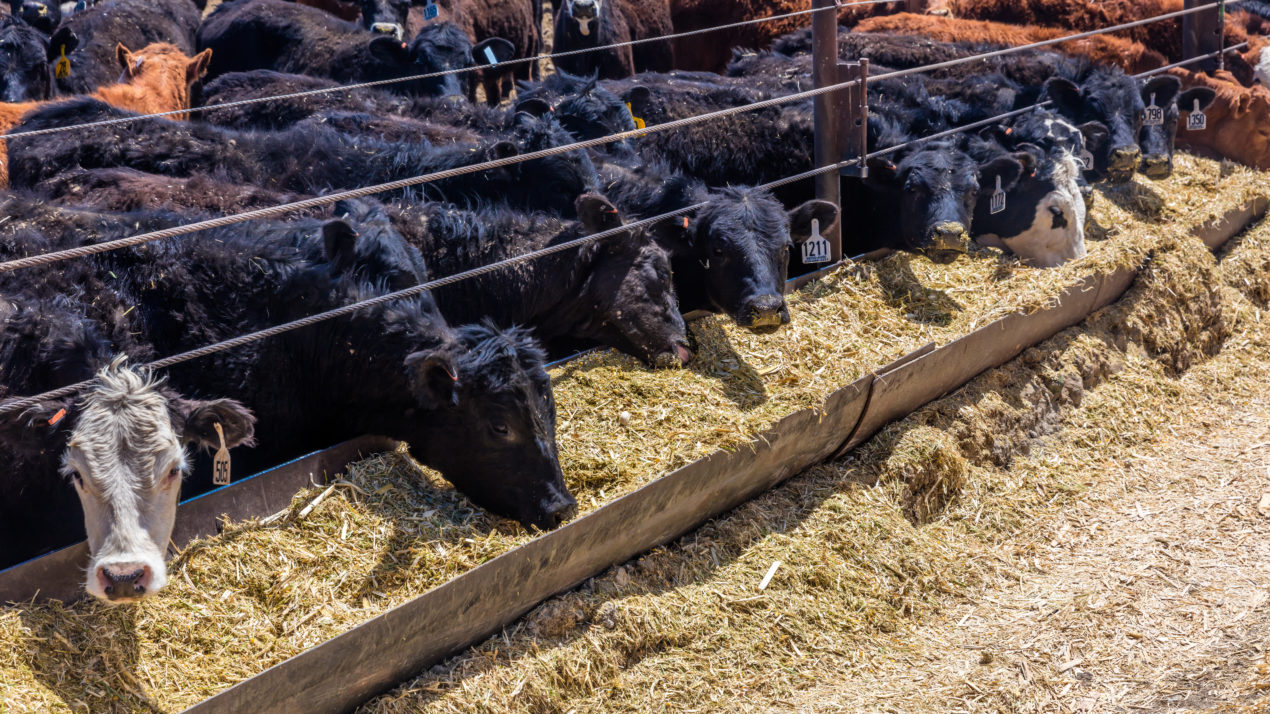 Cash cattle are steady to $2.00 higher than last week.  Wholesale beef prices continue to decrease with the Choice cutout losing over $26.00 in less than two weeks to settle at $312.05 on Wednesday, June 23. The retail beef price during May averaged nearly $7.00/pound, compared to $7.60/pound in May 2020.  Consumers so far have been willing to pay the higher prices for beef.

A Cattle on Feed report will be released on Friday, June 25 and will give a snapshot of upcoming fed cattle supplies. The most recent carcass weight report shows beef breed steer carcass weights one pound lower than the previous week, averaging 855 pounds.  While this could be taken as a sign of supply currentness, high input (feed) costs and hotter weather could also be factors. Last week’s harvest of 663,000 head was 2,000 head lower than the week previous. It’s expected this week’s harvest will fall between 660,000 and 665,000 head.  Cattle harvest year-to-date is 5.6 percent above last year. With the upcoming July 4th holiday, harvest totals may be lower the following week. A Cold Storage report was released this week and beef supplies are not being replenished very quickly.  Frozen beef supplies are down 1 percent from May 31 last year and 8 percent lower than April 2021.

Lean hog futures contracts continue to work lower, along with the pork cutout. Cash hog prices held on last week, but are now lower. Frozen pork in storage is 1 percent higher than April and just 1 percent below last year’s level.  Anyone shopping for bacon has noticed higher prices, and while bellies in storage are still 40 percent below last year, they are 3 percent above last month’s levels. Retail pork prices averaged $4.40/pound in May compared to $4.05/pound during the same month last year.

Last week’s estimated harvest of 2.443 million hogs was 3,000 head higher than the previous week, and 157,000 below the same week last year.  Overall, hog harvest is running 1.4 percent higher than 2020 year-to-date.  Pork export sales were for 28,600 metric tons according to the latest report.  Mexico, Canada and Japan were the three largest buyers. China has largely been out of the world market as a buyer.  Hog prices in that country have plummeted to about the US equivalent of $350/head since the first of the year. Pork producers in China are losing $150/head in US dollars.

The number of dairy cows in Wisconsin has increased 17,000 head since May of 2020 while milk production during that time has gone up 6 percent. Nationally the milk cow herd has increased by 145,000 during that same time.