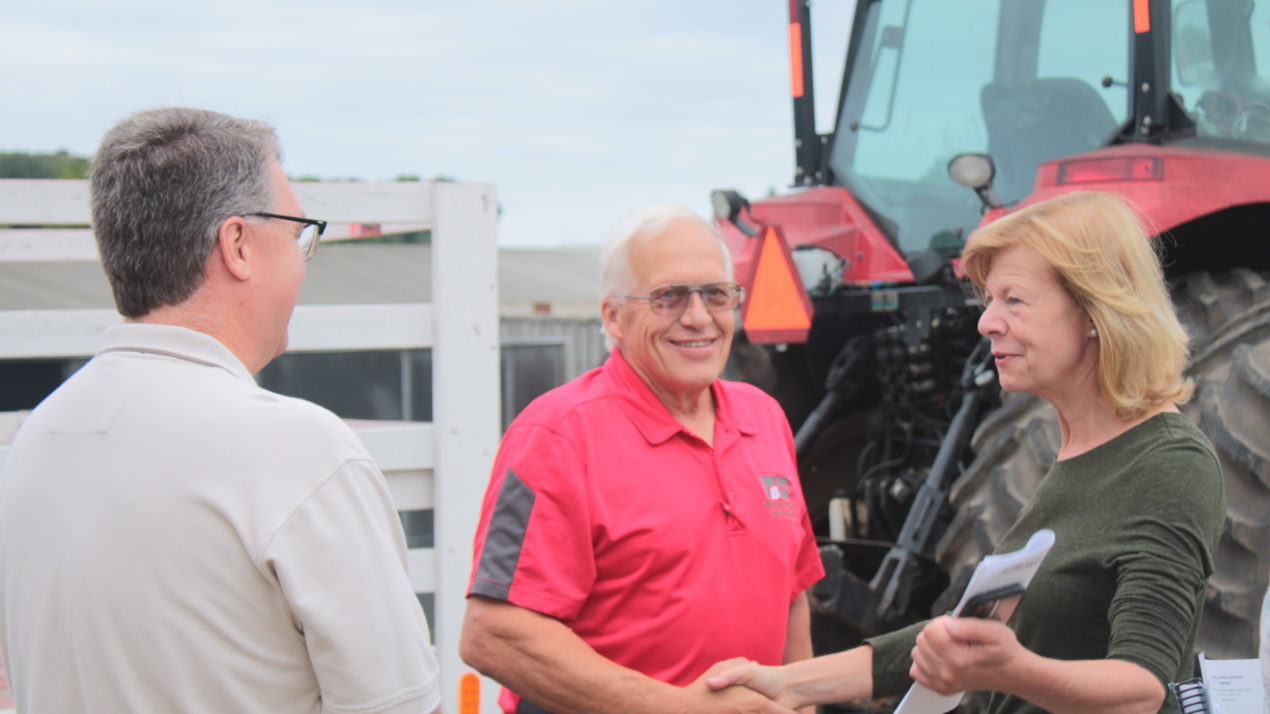 The Herricks family has been farming in the same location for over 100 years. Pfaff says they understand that good conservation practices lead to healthy soils and productive farms.

“Senator Baldwin shares my belief that the best long-term conservation efforts start right here at home,” Pfaff said following the tour. “That’s why I strongly support the modernization of the Farmland Preservation Program here in the State Senate, as well as increased funding for producer-led watersheds.”

He adds maintaining fields and groundwater for the next generation will require stronger collaboration at the local, state, and federal level in order for locally-driven conservation efforts to thrive.