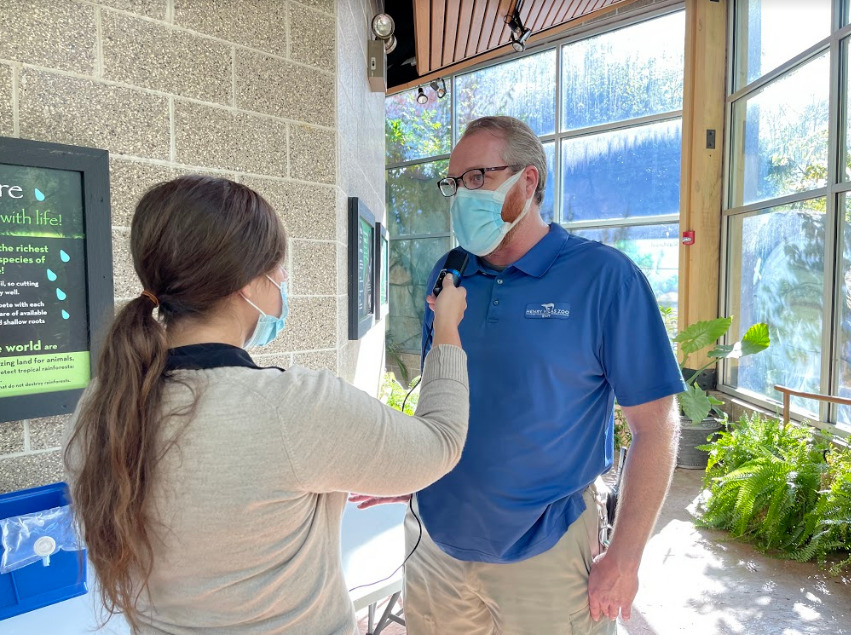 It’s not just people who are susceptible to COVID-19. It’s animals, too.

We’re not just talking about your pet cat or dog, but BIG cats, such as lions and tigers. Other animals are susceptible to the virus, too, such as badgers, orangutans and even bats.

Henry Vilas Zoo in Madison has COVID-19 shots for their susceptible animals. The Zoetis vaccine is free. Zoetis donated them to all of the Association of Zoos & Aquariums or AZA zoos participating in this vaccine program. There were over 40 other institutions that received vaccines. Henry Vilas Zoo began administering the vaccines this month to susceptible species. This includes badgers, marmosets, gibbons, otters, lions, tiger, orangutans and all other primates.

And the animals “volunteer” to get vaccinated — they’ve learned how to participate in their health care, including standing patiently for a shot in the rear.

But before that, the zoo had to take precautions to make sure those animals were not getting sick, says lead zookeeper Gary Hartlage.