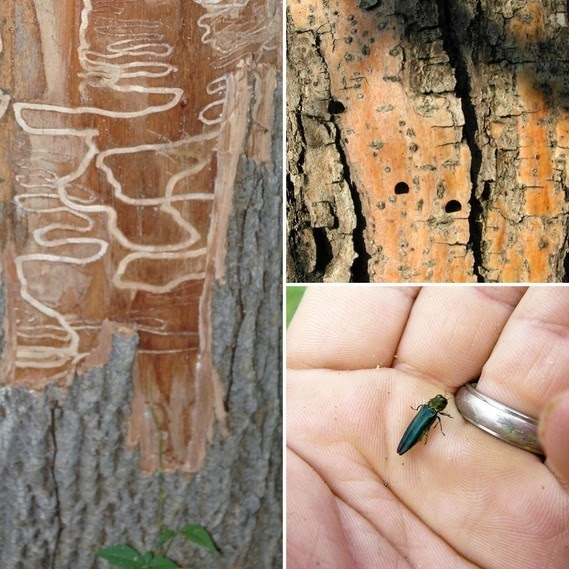 In partnership with the Wisconsin Department of Natural Resources, the Wisconsin Department of Agriculture, Trade and Consumer Protection (DATCP) has detected emerald ash borer (EAB) for the first time in Bayfield County. A resident reported this ash tree-killing beetle in the city of Bayfield on March 2 and it was confirmed to be EAB by USDA-APHIS on March 11. It appears to have been present in the reported tree for at least three years prior to detection, with the symptomatic tree showing significant woodpecker flecking, epicormic sprouts, and D-shaped exit holes.

Bayfield County is the second new county detection of 2022 and marks the 63rd county detection since EAB was first confirmed in the state in 2008. There are nine Wisconsin counties that have not had an EAB detection. There are no regulatory changes as a result of this detection. EAB was federally deregulated as of January 14, 2021, and Wisconsin instituted a statewide quarantine in 2018.

For more information about EAB and where it has been found, visit https://datcp.wi.gov/Pages/Programs_Services/EAB.aspx.