Nothing Stops Powers From Showing Dairy 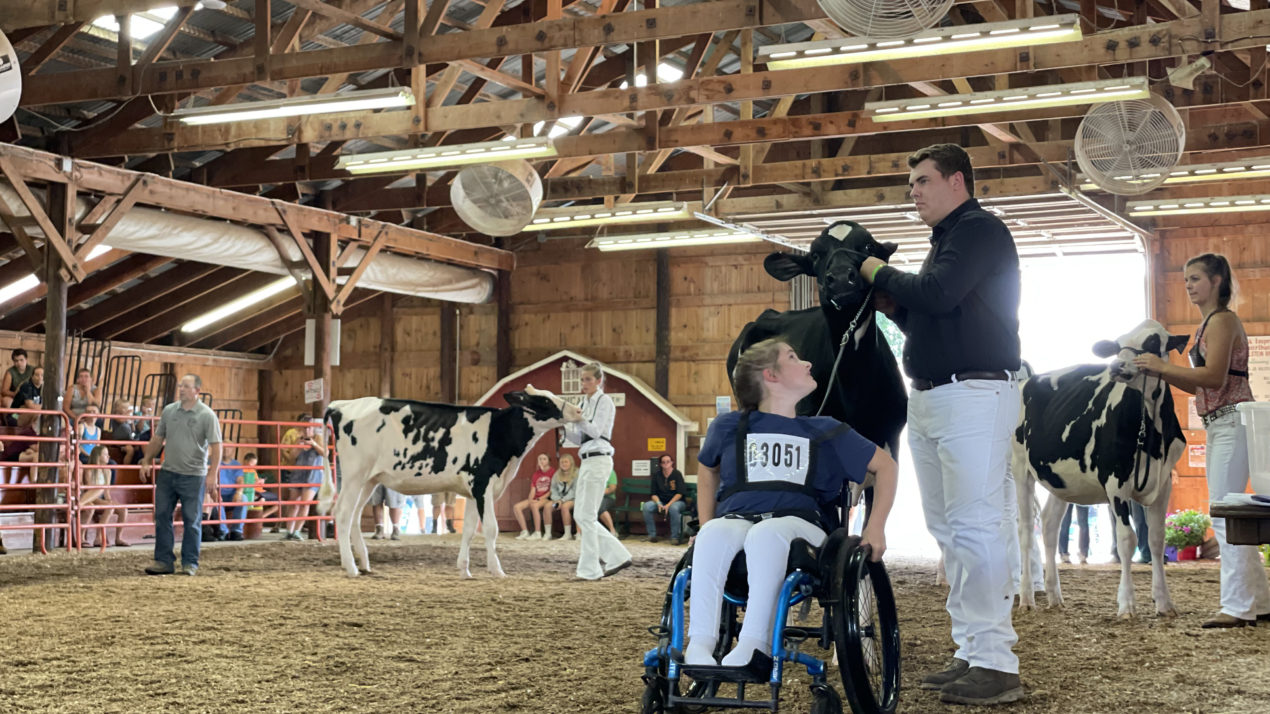 Caroline Powers, senior at Columbus High School, entered the show ring on Thursday at the Dodge County Fair with her Fall calf, Pretty. She was determined to show and nothing was going to stop her, not even her wheelchair!

Powers was born with Spina Bifida and needs a wheelchair to get around. Jon Powers, father, says, “She always fights through it. She’s always wanted to show and does what she can.”

5 years ago, Powers began showing and nothing has stopped her since. “One that really got her started 5 years ago was one of her classmates in Columbus, Emma Paulson and she helped pushed her chair in the ring for a lot of the years” Jon Powers says. The family sold their cows 3 years ago, but kept a few since Caroline has really enjoyed being part of the dairy project.

This year, Caroline named her heifer Pretty and Powers says she named it, “according to the first name initial.” Caroline Powers favorite part of the dairy project is breeding and owning the dairy cattle herself. Powers can be seen clipping, washing, and helping lead the calf every day and will even ask to take her calf out of the pen in winter. “If there is no snow in the driveway, she wants to get her heifer out and lead her even in the winter time” Jon Powers says.

“I think it inspires a lot of people just to see her out there and to show” Jon Powers says. The determination Caroline Powers has to show dairy is motivating many others they can do the same. This year, Pretty, received a blue ribbon at the Dodge County Fair.