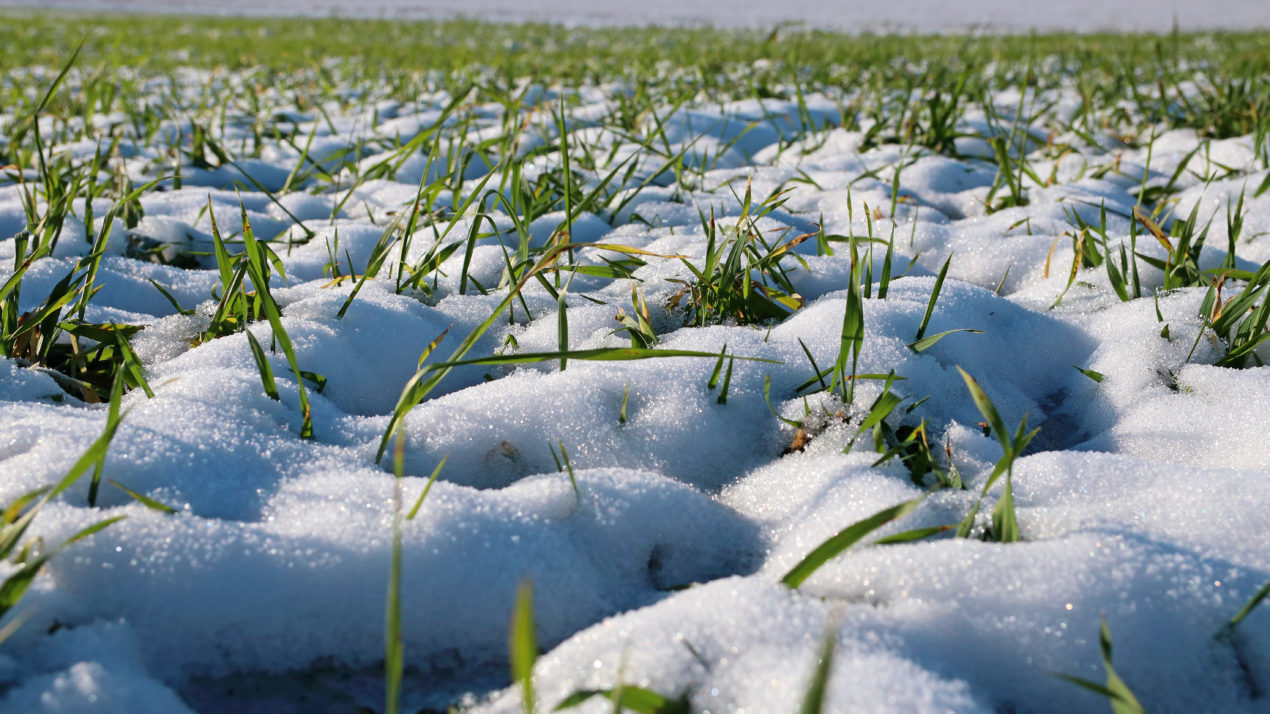 Most of Wisconsin saw measurable snowfall this past week, but temperatures remained 2 to 8 degrees above normal. Between the winter precipitation and the 2 inches of rain in northwest Wisconsin, farmers had about 5 days suitable for wrapping up the corn and soybean harvest, tilling, and applying manure.

Eighty-six percent of corn for grain was harvested, the same as last year but two weeks ahead of the five-year average. Moisture content was reported at 17 percent. Soybean harvest was 97 percent complete.

Fall tillage was 73 percent complete, four days ahead of last year and two weeks ahead of the five-year average.