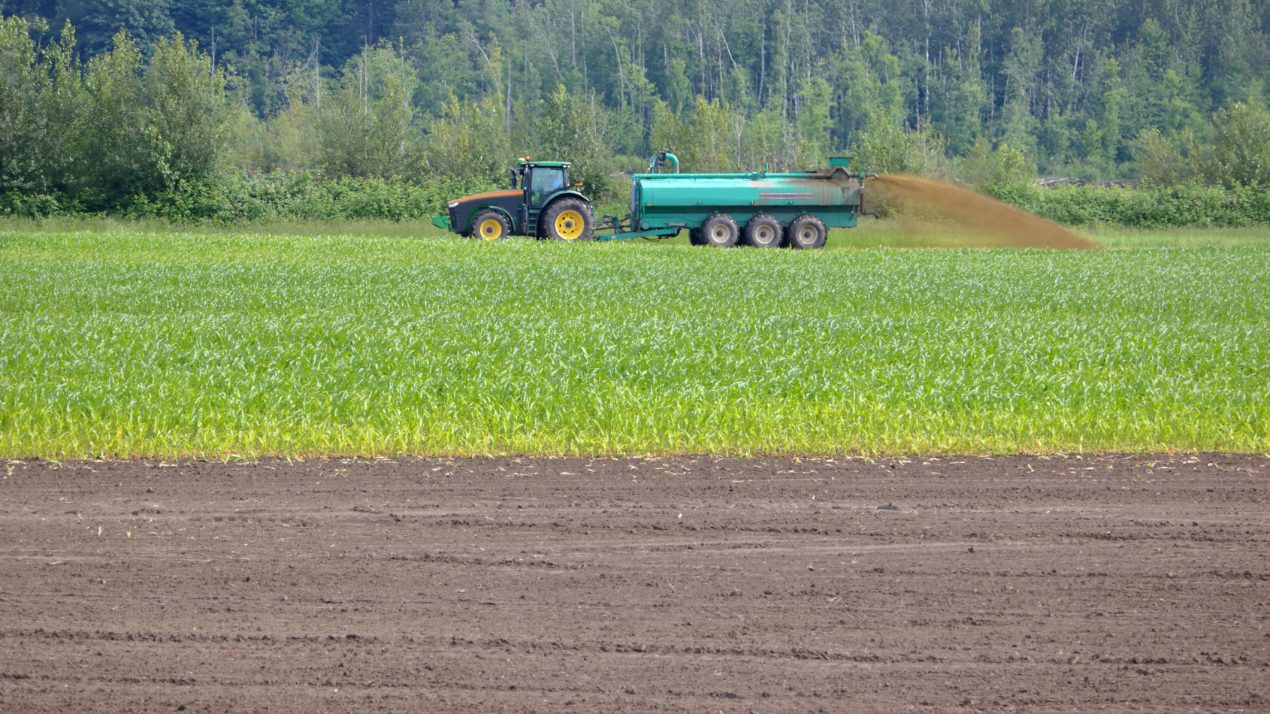 Wisconsin Manufacturers & Commerce (WMC), Wisconsin Dairy Alliance (WDA) and Venture Dairy Cooperative (VDC) submitted joint comments to the Department of Natural Resources regarding the draft Economic Impact Analysis (EIA) for WT-19-19, regarding NR 151. This proposed rule change includes a widespread prohibition on spreading liquid manure in the fall of the year, forcing many farmers to spread during a very short window of time in the spring after snow melt and road weight limitations are removed. Unfortunately, the DNR is setting up an environmental disaster by forcing many dairy farmers to spread manure only within Wisconsin’s variable spring weather patterns, ultimately requiring a significant increase in manure storage capacity on farms.

Wisconsin is the number one producer of cheese in the nation, and “America’s Dairyland” is proudly displayed on our state’s license plates. Wisconsin farmers have been struggling financially over the past six years due to trade wars, low commodity prices, negative PPD’s and a national pandemic that caused excessive milk market volatility forcing some farmers to dump milk because of the massive supply chain disruption when restaurants and schools closed. The proposed changes to NR 151 add to this struggle on the heels of an extremely difficult year.

There are many concerns over how the DNR calculated the economic impact for all of agriculture to be $972,600 annually. There is clear evidence the DNR grossly underestimated the cost to comply with this rule, and this estimate cannot be supported by factual data and analysis. Dairy farmers alone would be forced to spend significantly more than what the DNR estimated for compliance and implementation costs.

The DNR failed to accurately estimate what this rule will cost dairy farmers of all sizes, as they failed to include compliance costs for any of our state’s 300 CAFOs (Concentrated Animal Feeding Operations), which happen to be the only entities that will need to comply with this rule’s restrictions on day one after implementation. This omission is staggering evidence of the DNR’s lack of understanding of the most fundamental aspects of Wisconsin’s dairy economy and regulatory framework.

The total cost for additional mandatory manure storage capacity at only 64 affected dairy CAFOs across the state will be up to $384 million, approximately $6,000,000 on average per farm. In addition to the immediate economic impact of manure storage, the proposed rule would also create substantial ongoing costs each year due to reduced corn yield because of late planting, increased manure spreading costs and additional land rent costs, to name a few. These additional costs would amount to another mandatory investment costing up to $362.1 million per year for CAFOs alone. These staggering dollar amounts do not include economic losses suffered by any of the remaining 64,000+ agriculture farms across the state.

We ask the department to reject this EIA and draft rule to avoid the economic devastation it would impose on all of Wisconsin’s agricultural economy. We encourage the DNR to work with our organizations by incorporating existing state standards, which have not been fully implemented on many farms to protect our natural resources and improve the state’s water quality. Moving in this direction will not only improve water quality, but it will support our dairy farm families and allow Wisconsin’s dairy industry to continue to contribute $45.6 billion each year to the Wisconsin economy.

CLICK HERE to read our comments submitted to the Wisconsin DNR on the EIA and draft rule.