Minnesota family creates a connection between cows and consumers 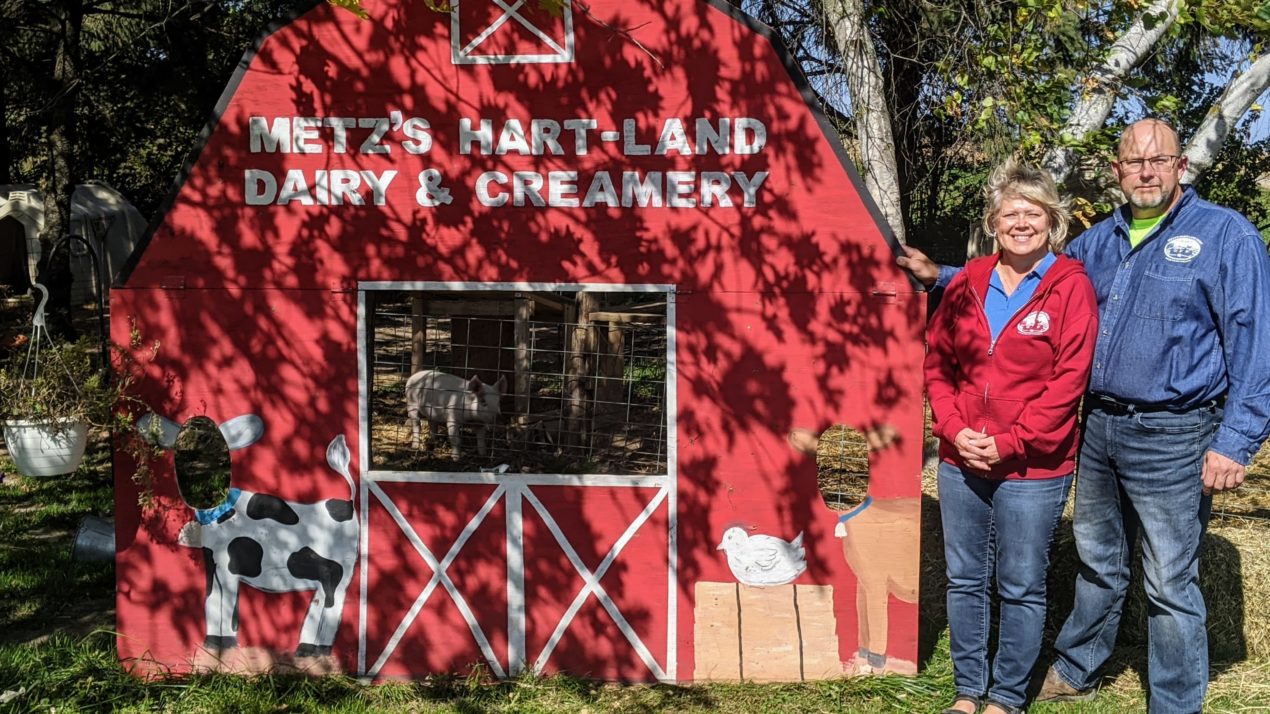 From cow to creamery, the Metz Family brings a full dairy experience for visitors on the family farm north of Rushford, Minn.

The history of Metz’s Hart-Land Creamery begins with Jeff Metz who started dairy farming in 1983 with 24 cows. Jeff married his wife, Mariann in 1985, and they moved to their current farm in Hart.

Through the years, the farm grew to a 220-cow herd. They knew they had to either expand or diversify when their four children, Alicia, Courtney, Brittany, and Nathan, all wanted to return as the second generation.

“We decided to expand and do the creamery rather than just adding more cows,” Jeff said.

The family researched their market area and noticed fresh cheese curds were missing in southeast Minn. They added a cheese plant on the farm in August of 2014.

“We decided that’s where we would go, and people have been very supportive,” Mariann said. “They want to know where their food comes from. It’s right here. It never leaves our farm.”