Maybe Messy at First, Manure Digesters Can Pay Off 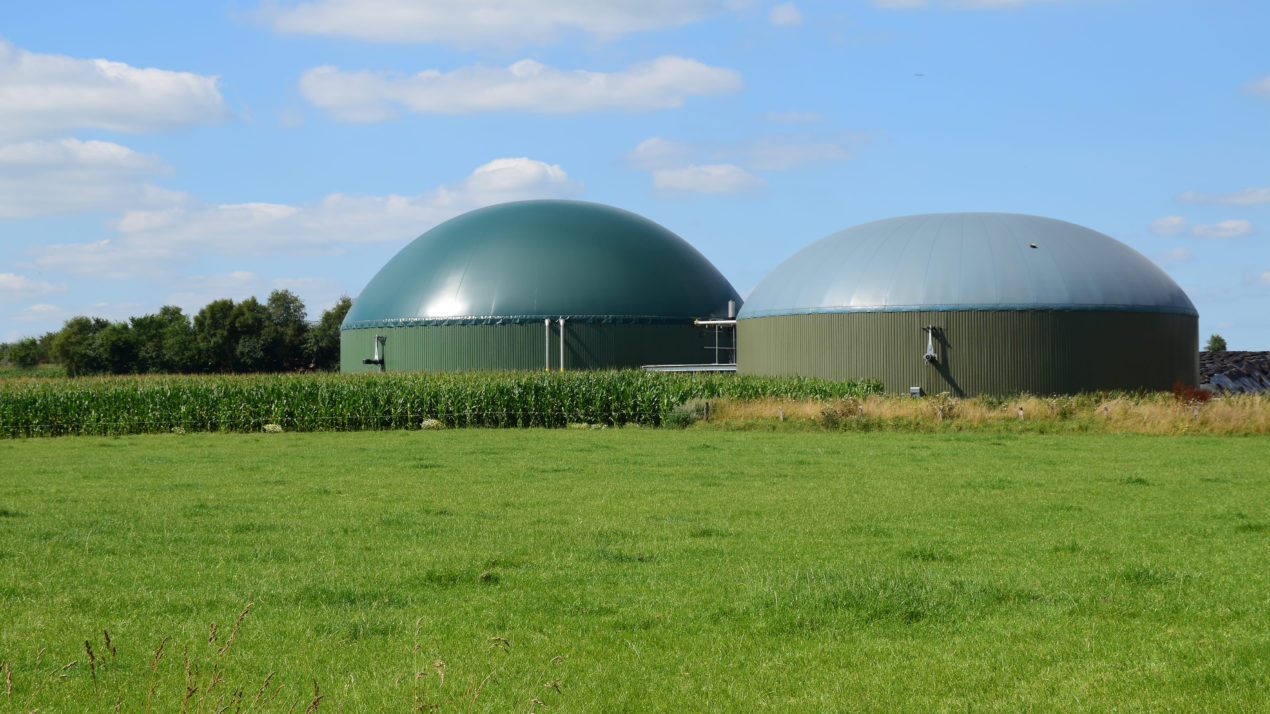 Dairy farmers are always searching for ways to diversify and add value to their businesses. Many are quickly seeing benefits of using manure as an alternative revenue source.

“Processing and selling manure is a massive market opportunity for the dairy industry,” Dolski said Jan. 20 during a panel discussion at the Dairy Business Association’s Dairy Strong conference, held virtually.

Much of the CNG market remains in California, Dolski said, but that shouldn’t stop farmers in Wisconsin from considering this opportunity.

“There is plenty of room in the industry to support projects from Wisconsin dairy farms,” he said. “There are a lot of moving parts and mouths to feed, but farmers could potentially receive $1,200 per cow per year after installing a digester.”

Processing manure in a digester is becoming more common around the Midwest. In its various forms, manure can be used on the farm or sold. While it has its unique challenges, it can serve as livestock bedding or be used for electricity and natural gas. In order to receive energy credits to sell, two pathways must be demonstrated after the gas is produced, Dolski said. A physical pathway consisting of an interstate pipeline to transport the gas is necessary. Farmers who live within 5 miles of a pipeline have a huge advantage because they don’t have to use pumps and trucks, he said. And, a contractual pathway must also be formed in order to establish the environmental attributes of the gas.

“Being cognizant about connecting the dots in the value chain is where the money is,” Dolski said.

Josh Meissner, co-owner of Norm-E-Lane Farm in Chili, Wis., added a digester to his operation in 2007 after quadrupling the size of the dairy herd seven years earlier. After taking tours, searching out state and federal grants and keeping an open mind, Meissner completed his installation project in 2008 and became the 15th farm to have an onsite digester in Wisconsin.

“Most of the onsite digesters in the state were creating electricity, so we set up the same type of agreement with Dairyland Power,” he said.

Keeping construction simple and maintaining a consistent product going into the digester are keys for success, Meissner said. Initially, his system was operating on dirty gas, which ruined the engine after just a few years. It has been updated, cleaned and a new engine installed.

“After doing the math of the digester install, we were at net zero,” he said. “Then we added in the value of the bedding that came from it and saw a benefit of $250,000 per year.”

Jessica Niekrasz, president of Clean Fuel Partners in Dane, Wis., said there are always grand plans in place for digester installations, but after a few years, they require maintenance as parts wear out. She said many farmers with digesters see benefits of using the excess heat and creating bedding.

“Even though manure is hard to work with and corrosive, if a digester system is stabilized and there is a regular maintenance schedule, it can reach a profitable status,” Niekrasz said.

The primary challenge for digester operators is finding a talented, trustworthy workforce, she said. These workers must be able to do the physical work of system maintenance but also need to be problem solvers.

Entering into an agreement involving a digester requires farmers and all other parties to assess how much risk they’re willing to take, including with the needed workforce, Jordan Hemaidan, a lawyer with Michael Best, said.

Agreements are created based on a farmer’s current setup as well as plans for the future,” Hemaidan said. Manure purchase agreements, leases and biogas agreements are all dependent upon risk level.

“From the farmer perspective, be very careful about who gets what risk,” he said. “Go into this with eyes wide open.”