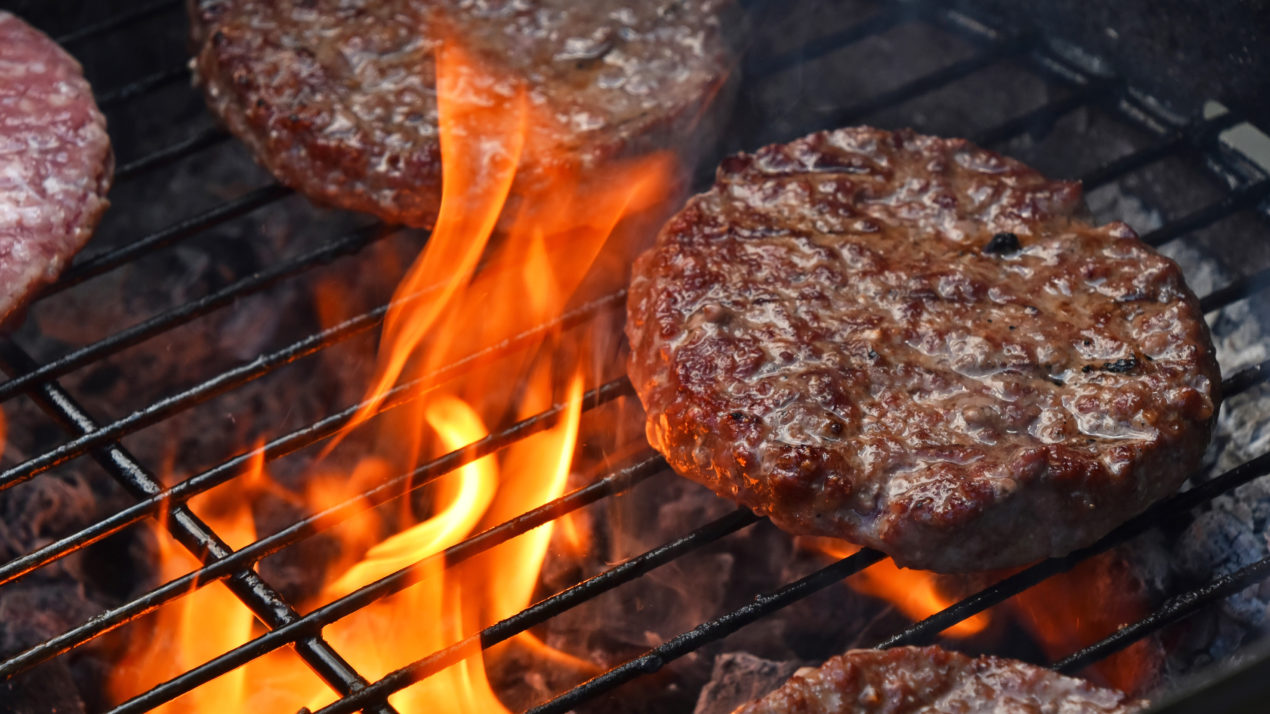 Country cattle trade was slow to develop this week.  Sellers made it clear last week they were going to hold out for higher bids.  This is usually the first ingredient in brewing a stand-off.  It didn’t stop higher trade at the sales barns and stock yards, however.  Futures markets were mixed this week and closed lower across the board on Thursday. Thursdays Cutout Value was $276.62 Thursday afternoon, gaining just over $4.00 this week.  Weekly export sales totaled 15,900 metric tons – not a very impressive number. Many of us pointed to a 10 day period of no rain in many parts of the country to spur planting progress. Traders are now concerned the extended stretch of cooler weather in many corn growing areas will leave equipment in the shed. This is causing higher Corn Future contracts. Cooler weather also limits grilling and an early grilling season would bring additional demand.  Estimated harvest for last week came in at 641,000 cattle.  Carcass weights last week for beef breed steers averaged 866.4 pounds last week, almost nine pounds heavier than the previous week. The Sterling Profit Tracker reports feedlot operators in the black by as much as $225.00 per head.

Jim Long, President and CEO of Genesus Inc. reminded us in his weekly comments that lean hog prices were $39.00/cwt a year ago compared to $101.00/cwt currently.  That would be an increase $133/head based on a 215 pound carcass. Year to date harvest is 4.1 percent lower than last year.  Last week’s harvest was estimated to be 2.487 million hogs. Overall hogs remain more bullish than cattle, but Lean Hog futures found resistance this week.  Pork cutouts were lower on Wednesday at $110.09 compared to $113.17 the end of last week.  Cash hog prices Thursday were $77.97 live basis and $113.37 on a carcass basis. Export sales were disappointing according to the last report with 17,200 metric tons of US raised pork ordered.  That’s a marketing year low.  Farrow to finish hog producers saw the 10th straight week of profit on hogs marketed last week.  The Sterling Profit Tracker reported the margin as $80.00/head.  The April 9 World Supply and Demand Estimate (WASDE) report adjusted pork production expectations downward.  It appears the decrease in hog supply will be with us for a while.

The March Consumer Index was 84.9, 10.5 percent higher than February and 4.7 percent below last year. Meat demand held up better than most expected during the past 12 months.  The higher retail prices may cause some consumers to shop for the most economical protein. Of course these continue to be unprecedented and have rendered crystal balls useless. Higher prices heading into the best part of the year for meat demand is promising for famers who have weathered a difficult year. Some retailers and sausage makers I’ve spoken with are concerned about higher costs discouraging consumers. Whether this will result in price shopping or a decrease in purchases altogether remains to be seen.