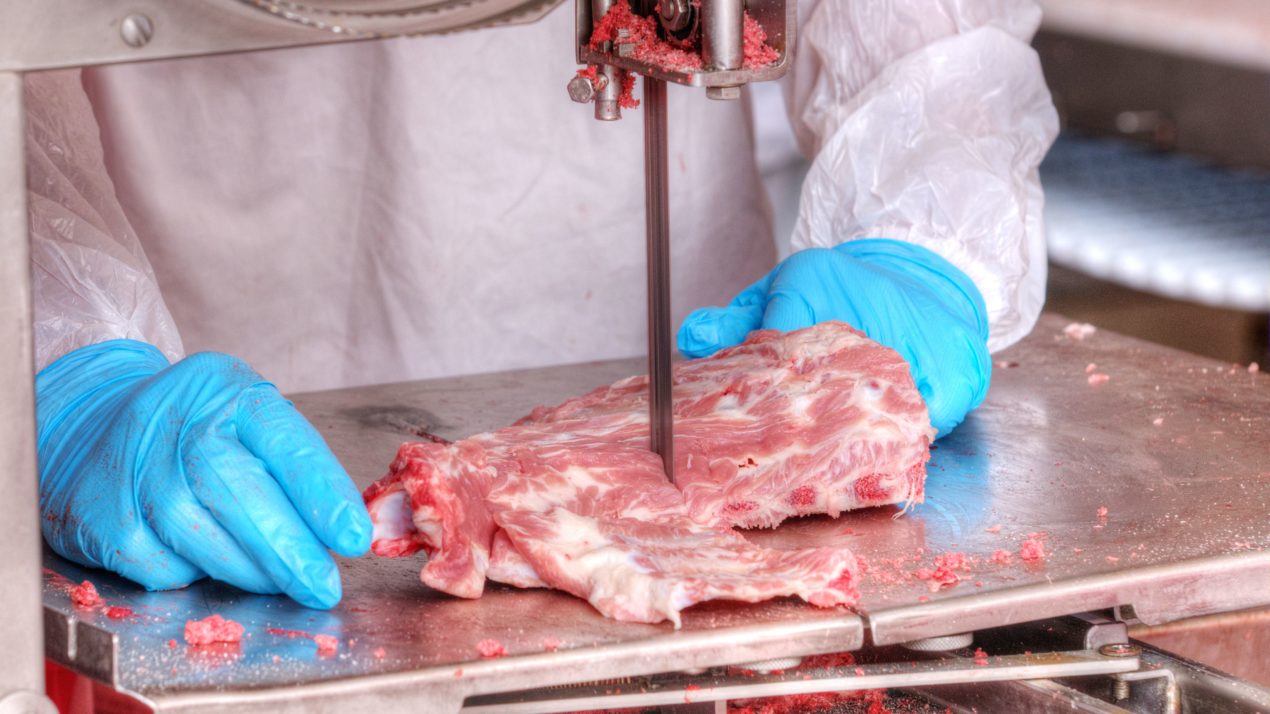 It’s been a year since COVID-19 plant slowdowns and temporary closures slowed the pork supply chain. Hog supplies are now boosting prices and that’s quite a change from 2020. Cash hogs and pork cutouts are higher again this week. In fact last Friday (3/19) the pork cutout was $27 higher than the same time last year. The pork cutout value was $109.24 Thursday afternoon. Harvest estimates for last week came in at 2.524 million head. The USDA released their latest Quarterly Hogs and Pigs report Thursday. Unlike the Cattle on Feed report, this report was a shock as every data point came in below the low end of trade estimates. All hogs and pigs nationally are down1.8 percent from the same report in 2020. Hogs kept for breeding was 2.5 percent lower than a year ago and hogs kept for marketing was 1.8 percent lower. Sows farrowed December through February was almost 1 percent lower and farrowing intentions for the remainder of 2021 are down as well. The latest export report indicates 38,700 metric tons of US raised pork was sold to foreign buyers. That is equal to the same week a year ago. China purchased 10,000 metric tons of that total. Swine herd expansion certainly continues in China as evidenced by their large purchases of corn and soybean meal recently. China’s purchase of pork and 3,600 metric tons of beef this week shines some light on the slowdown African Swine Fever (ASF) is having on that expansion, however.

Last Friday’s (3/19) Cattle on Feed Report offered little in the way of surprises.  The on feed number totaled 12.0 million head on March 1.  While that number is 2 percent higher than a year ago and represents the second largest March 1 on feed number since the report began in 1996, it was on target with trade expectations.  Placements into feedlots in February were 2 percent below last year and marketings were almost 3 percent lower than a year ago. Cash cattle are $1.00/cwt higher this week, after being stuck on steady for six weeks. Wholesale beef prices are higher this week, with the Choice carcass cutout value at $236.45 Thursday afternoon. Carcass weights were a pound higher than the previous week at 871, but that’s still 2 pounds lighter than the same period last year. Harvest was estimated at 624,000 head last week, almost 4 percent lower than the previous week. Weekly export sales were for 18,900 metric tons of US raised beef.  While that is a drop from the previous week, it is 37 percent higher than the same week a year ago.

Household meat and poultry purchases are at a record high. A study called the Power of Meat was conducted by 210 Analytics on behalf of FMI—The Food Industry Association and the Meat Institute’s Foundation for Meat and Poultry Research and Education. It was released during the American Meat Conference. Grocery sales of meat rose by 20 percent from 2019 to 2020. The number of Americans who agree meat belongs in a healthy diet rose by 20 percent during the pandemic.  Total of American households purchasing meat in 2020 was 98.4 percent with 43 percent saying they buy more meat than before the pandemic, mostly due to the increase in meals prepared at home.  The proportion of meals prepared at home peaked in April 2020 at 89 percent and remained at 84 percent in December.  The number who purchased groceries online rose by 40 percent in 2020 with 59 percent of online shoppers expecting to continue purchasing the same amount of meat online during 2020.