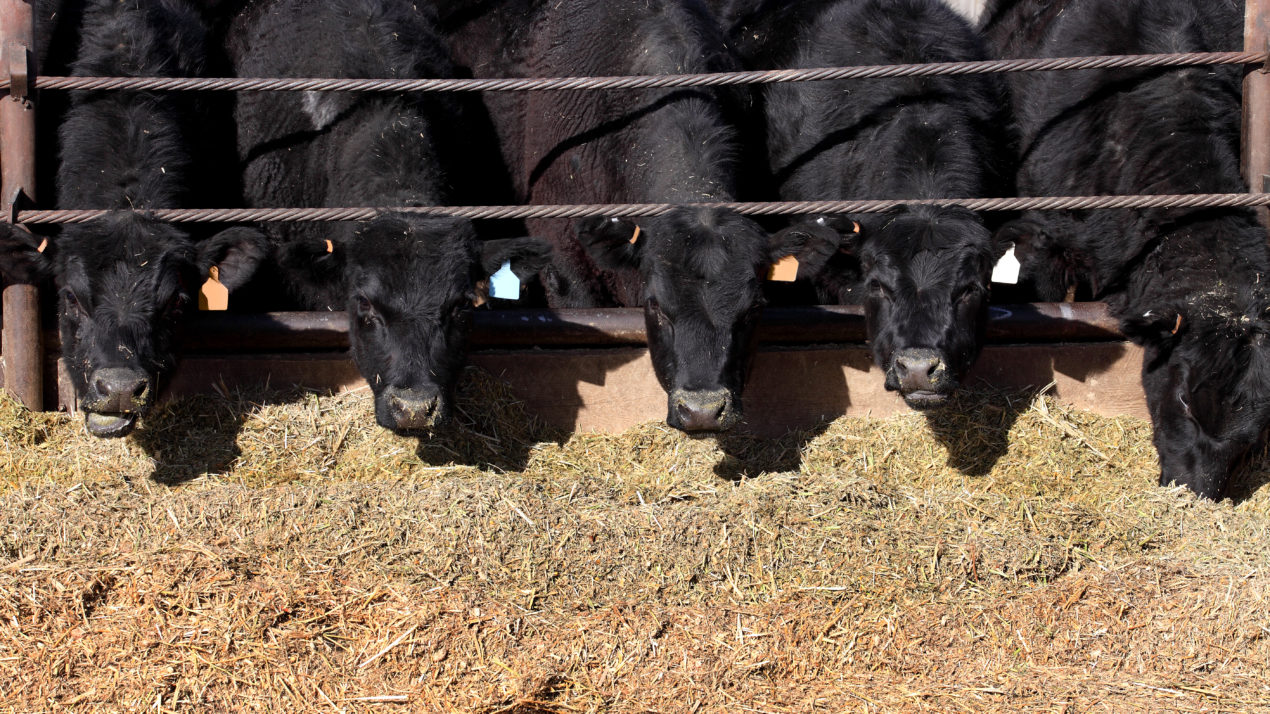 ■ Cash cattle trade started the week slow as sellers held out for higher bids given the prospect for higher weekly harvest numbers. Demand at auction markets was high on most classes of cattle. The estimated harvest of 659,000 head last week was 20,000 head higher than the previous week and 53,000 head more than the same week last year. This is the highest total of 2022 to date. Carcass weights have increased modestly, three pounds higher than the previous week and six pounds more than last year. The fed cattle supply may not be as current as hoped. It has been difficult for cattle feeders to be profitable as feed and feeder cattle prices continue to increase. It is reported that some of the higher harvest total was due to cows. Cow harvest is still running 10 percent higher than last year. Market cow prices have been showing strength, even with the increased supply. The price for Choice beef dropped slightly in January to $7.63/pound. The Choice Beef Cutout value has shown weakness but no significant one-day drops recently. A drop in Choice beef demand during this time of year is normal when looking at typical seasonality. The cutout value posted at $269.62 on Wednesday afternoon.

■ Retail pork price rose slightly to $4.75/pound in January compared to $4.74/pound in December. Muscle cut prices overall stayed level to slightly lower. Boneless ham prices increased from $4.83/pound in December to $5.00/pound in January. The estimated harvest of 2.516 million head last week improved upon the previous weekly total by 71,000 head but was 127,000 head below the same week in 2020. The pace this week is ahead of last week. However, all indicators point to fewer hogs available. Lean Hog futures continue to move higher, and the pork cutout value is holding around the $106.00 level. China continues to make large purchases of U.S. soybeans to hedge against reports of a lower than expected crop in South America. This is making it difficult for pork producers to lock in profits, even at the higher cash and futures levels.

■ 2021 was a record year for beef exports in both volume and value. Beef exports totaled $10.58 billion, up 38 percent from 2020 and 27 percent higher than the previous record in 2018. Volume for the year was 1.44 million metric tons, 15 percent above 2020 and seven percent higher than the record in 2018. Beef export value per head of fed cattle harvested equated to a record $407.22 in 2021, up 35 percent from a year ago. Exports accounted for 15 percent of total beef production and 12.8 percent for muscle cuts. Pork export volume at 2.92 million metric tons was two percent lower than last year’s record, but value climbed by five percent to a record of $8.11 billion. Mexico emerged as the leading buyer of U.S. raised pork, with purchases 27 percent higher than 2020. Pork export value equated to $62.86 per head harvested in 2021, up seven percent from a year ago. Exports accounted for 29.4 percent of total pork production, up slightly from 2020. For muscle cuts only, the percentage exported was 26 percent, down from 26.5 percent in 2020. For 2021, lamb exports increased nine percent to 14,053 metric tons and was valued at $20.45 million, up 19 percent. While volume growth was driven primarily by lamb variety meat exports to Mexico, lamb muscle cut exports rebounded to the Caribbean.