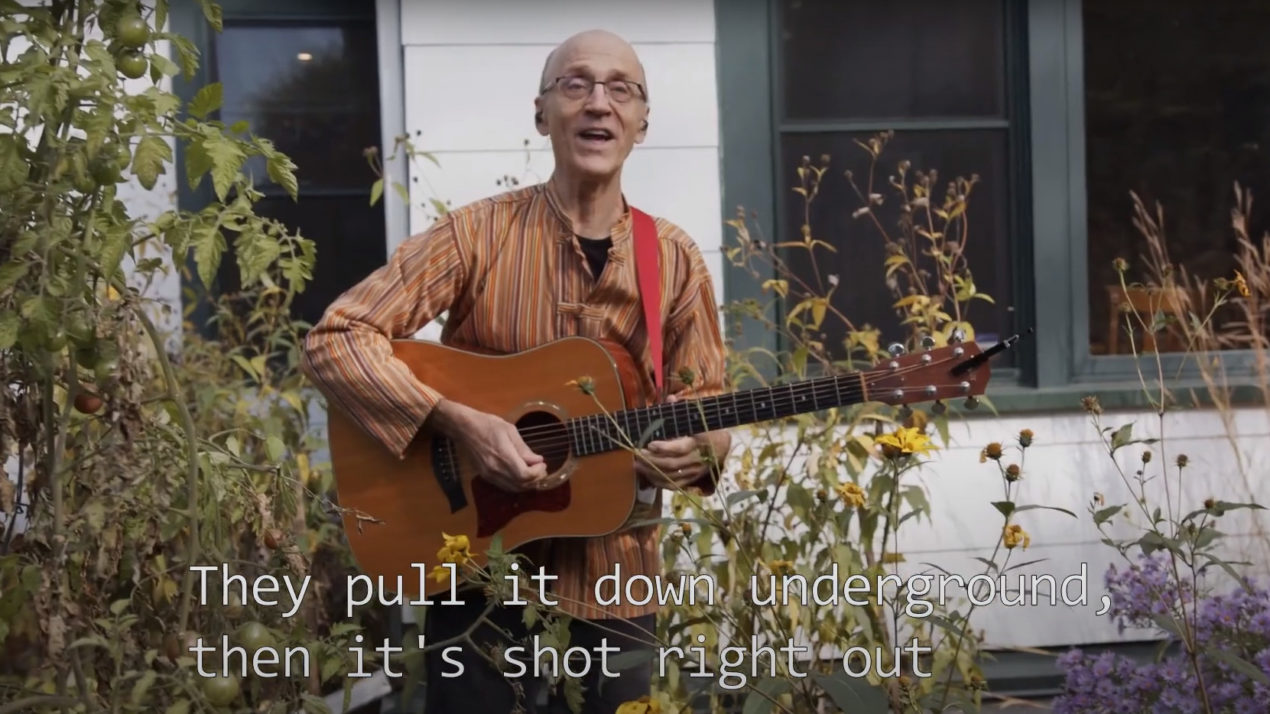 The two songs-of-the-soil, “Got Cover Crops” and “Back to Soil,” were commissioned from Austin, Minn., native and singer-songwriter Bret Hesla and performed with the band Six Feet Deep. Video editing and production was done by Winona-area native Kobi Dansingburg.

While writing the songs, Hesla got deeply grounded in the subject matter through visits to the farms of soil health farmers and Land Stewardship Project members Tom and Alma Cotter, of Austin, and Kaleb and Angie Anderson of Goodhue, Minn.

LSP hoped the videos can further build the energy and community that’s been growing among farmers interested in improving soil health in the Upper Midwest.

“Between the upbeat rhythm and the catchy lyrics, it’s hard to get these songs out of your head,” Nopar said. “Music can help keep us all connected to a larger goal — in this case, building the soil and the vitality of our farms, and these songs do just that. We’re hoping this music can help inject a bit of hope and levity and support for those that are doing the right thing out on the land.”

The music videos are available for public use and at no charge. The videos and the audio can be accessed through the Land Stewardship Project website.

–Listen to the Mid-West Farm Report’s interview with Doug Nopar following the release of “Got Cover Crops.”