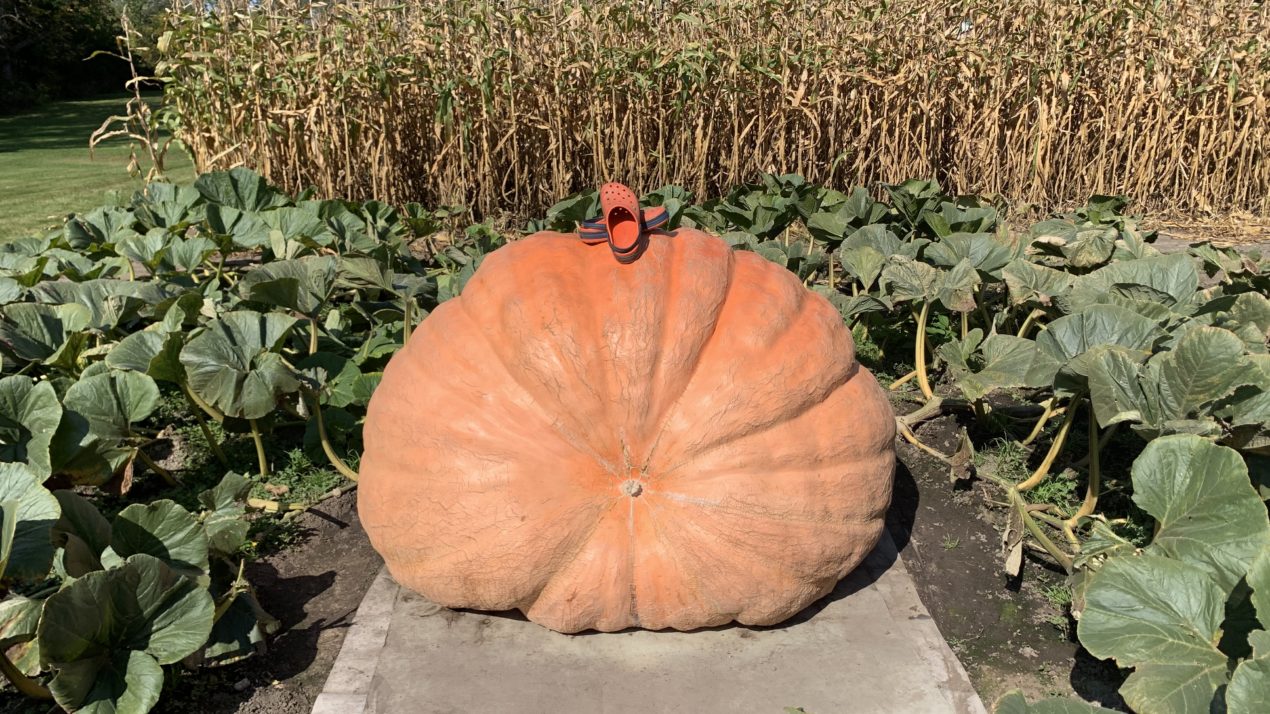 The seeds that Ford grows his giant pumpkins with aren’t your everyday seed that you snag at the hardware store. “The variety of pumpkin that we grow is called Atlantic Giant,” Ford explains, “they’re not a regular field pumpkin.” He will start out with roughly a dozen giant pumpkins and then by the time it is all said and done he will have two or three that are extremely heavy and ready for competitions.

The Wisconsin Giant Pumpkin Growers is a real organization and has been in operation since 1984. Ford says that there are hundreds of giant pumpkin growers scattered around the state that regularly compete against one another with their heavy pumpkins. So what do you do with the pumpkin once it has competed? According to Ford it’s entirely up to the imagination; he has seen his giant pumpkins dropped from a crane into a swimming pool and used as photo ops at local farms.

To hear Jim Ford’s full conversation with Josh Scramlin on the Mid-West Farm Report, click the play button below: