Keep Your Buildings Safe This Winter 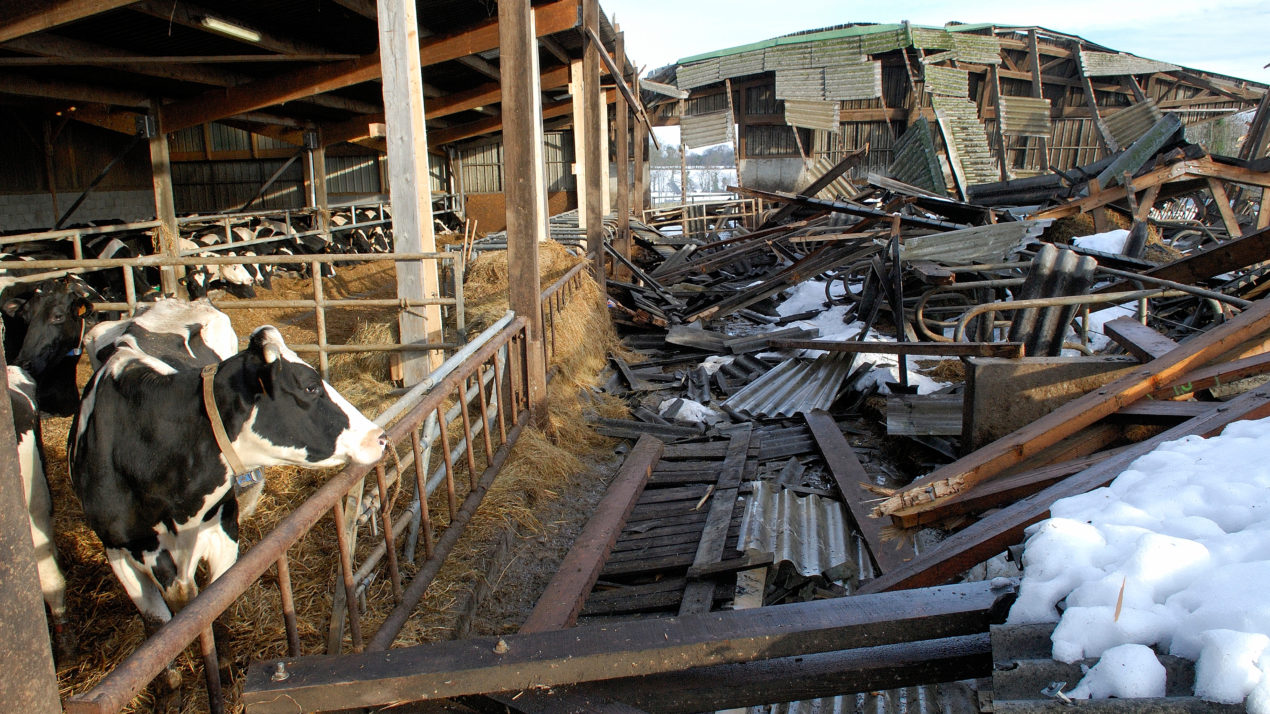 As snow begins to accumulate this winter, farm building safety and maintenance are integral in preventing total roof collapse.

Professor David Bohnhoff, an emeritus of UW-Madison’s Department of Biological Systems Engineering, says that newer buildings are more equipped to handle heavy snow loads because their roofs are built with steeper slopes. The structural design of older buildings, however, can prevent snow from sliding off on its own, and should be inspected to prevent total collapse.

If you have older buildings on your farm, Bohnhoff says the best thing to do is inspect for any wood decay or metal corrosion that would compromise structural integrity before the first snowfall of the year. Even if you’ve done damage to a building and it’s still standing, the additional load of snow is something Bohnhoff says can lead to total building collapse.

For these older animal confinement facilities, Bohnhoff suggests increasing the temperature inside of the barn to get the building, and the roof, above freezing to aid in removal. If this isn’t an option, he says manually raking the snow off can cause slight damage to the building, but can also prevent total roof collapse.