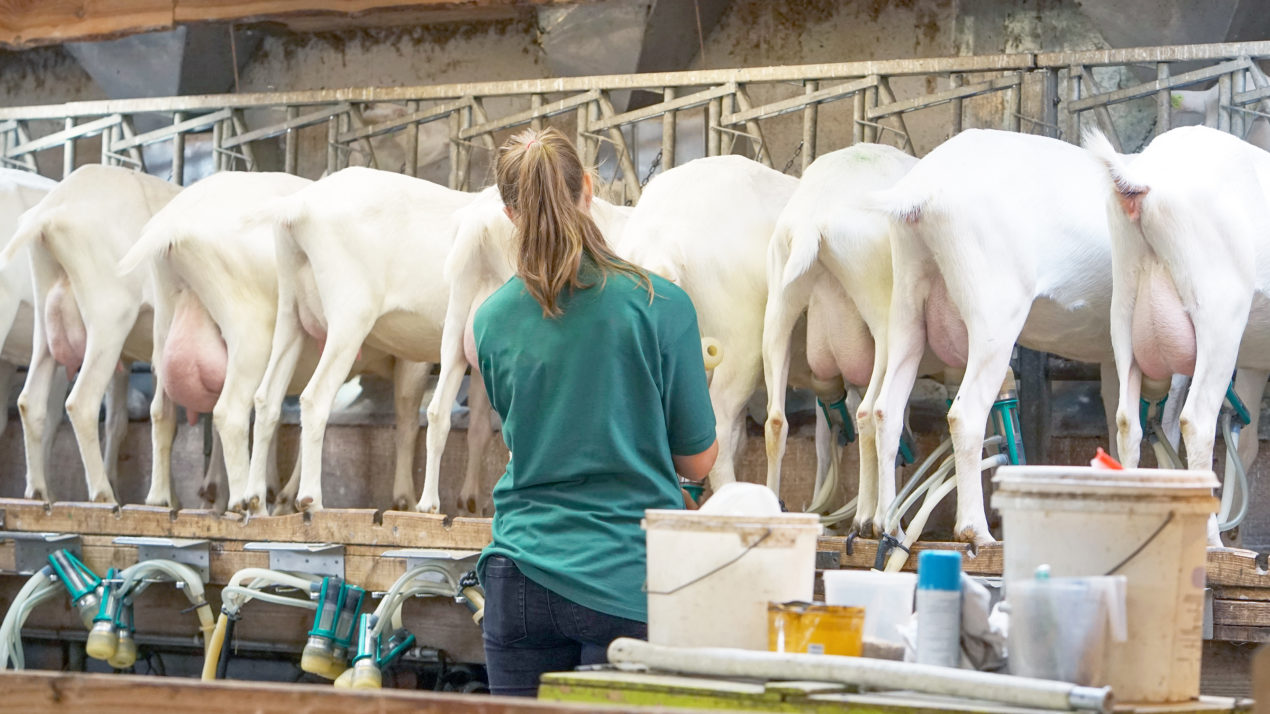 Wisconsin is once again the leading dairy goat state in the entire country, with roughly 72,000 head within its borders. Wisconsin is famously known as “America’s Dairyland” but it’s no longer just because of cows. The dairy goat industry here in The Badger State has been gaining some serious steam over the past couple of decades, says Randy Adamson. As a goat farmer in Rock County and the President of the Wisconsin Dairy Goat Association, Adamson has seen the rapid growth firsthand.

“The consumer side of it is growing every year….but it’s just gotten to be serious,” he explains. Adamson says twenty years ago goats were viewed as more of a hobby and were largely ignored by much of agribusiness as a niche. Now, he sees a drastic change for the better. “The difference is seen in feed designated just for and designed just for goats…there’s milk replacer just for goats….there’s a lot of companies out there that have a product just for goat production.” That’s the true sign of strides made, he says.

The consumer market has also continued to expand as the years go on. “The product has gotten a lot more popular,” Adamson states. He says that roughly 99% of the goat milk in Wisconsin goes towards cheese. But there’s other products such as goat fudge and goat milk soaps that are gaining popularity. “Even this past year with COVID, the market has stayed very strong and our prices have stayed very strong.”

He encourages anyone that has not given goat milk or cheese a chance to give it a try. “You hardly ever heard of goat cheese ten years ago,” and now it can be seen in high-end eateries, on cooking shows, and in grocery stores. Adamson says that if you’ve consumed goat cheese and didn’t like it, give another cheese a try and don’t disavow all cheeses. “There’s cow cheese out there that I’m not a fan of either but there’s cow cheese out there that I absolutely love.”

For anyone interested in getting into the Wisconsin dairy goat industry, visit