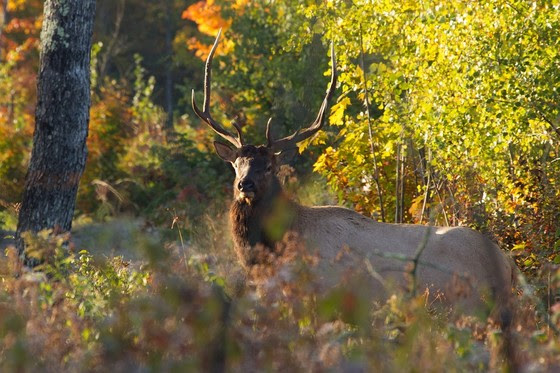 The 2022 elk hunt application period is expected to start March 1 and run through May 31. For each $10 application fee, $7 goes to elk management, habitat restoration and research in Wisconsin. The Rocky Mountain Elk Foundation will hold its raffle in late summer 2022.

Once eliminated from the state through overhunting, Wisconsin now boasts a healthy, growing elk population thanks to two restoration efforts that began in 1995 and concluded in 2019.

From 2017-2019, 91 elk from Kentucky were released to bolster the Clam Lake elk herd population, which has grown to an estimated 330 animals. Additionally, 73 elk were reintroduced to the 252-square-mile Black River Elk Range from 2015-2016, and the population today is estimated at 115 animals, bringing the statewide total population estimate to 445 elk.

Wisconsin held its first managed elk hunt in October of 2018, a testament to years of restoration, careful management and the strength of partnerships across agencies and states, tribal governments and nonprofit organizations.

Sign up for email updates on current translocation efforts here. Follow the prompts and select the “elk in Wisconsin” and “wildlife projects” distribution lists.