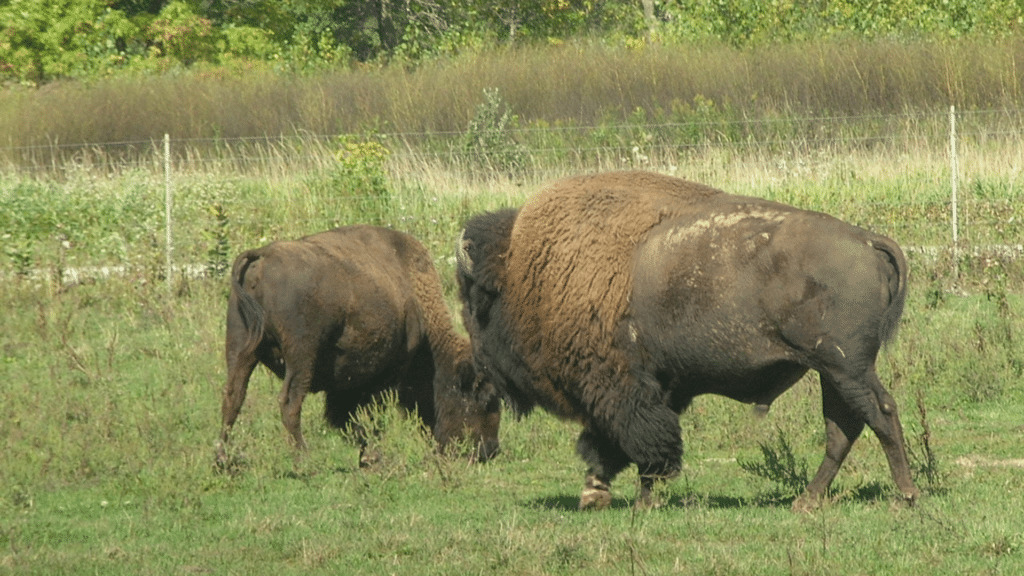 Put a buffalo burger on your Wisconsin bucket list. And look no further for a taste than our state’s own native tribes.

The Dawes Act of 1887 mandated that all Indian reservation lands be allotted to individual Indians who, after a period of 25 years, could sell or lease their land as they wished. But when the 25-year trust period expired, much of the land was bought by non-Indians, according to the Milwaukee Public Museum.

The revenues generated by casino gaming have allowed the tribe to buy back a considerable amount land since 1988. This included farm land, of which the tribe decided to farm themselves, explains TJ Swiecichowski. Swiecichowski, a nontribal member, is the agricultural supervisor for the Oneida Nation Farm. He oversees the beef, buffalo and cash crop operation.

The tribe wanted to raise food to give back to their people, Swiecichowski says. The animal also has spiritual meaning to the nation. The tribe has 65 breeding cows, 10 breeding bulls and then about 100 head of young stock — animals that will be harvested for meat.

The meat is sold to the tribe’s school, nursing home and retail shops. About 5-10 percent of the meat is donated to the Oneida Nation’s food pantry.