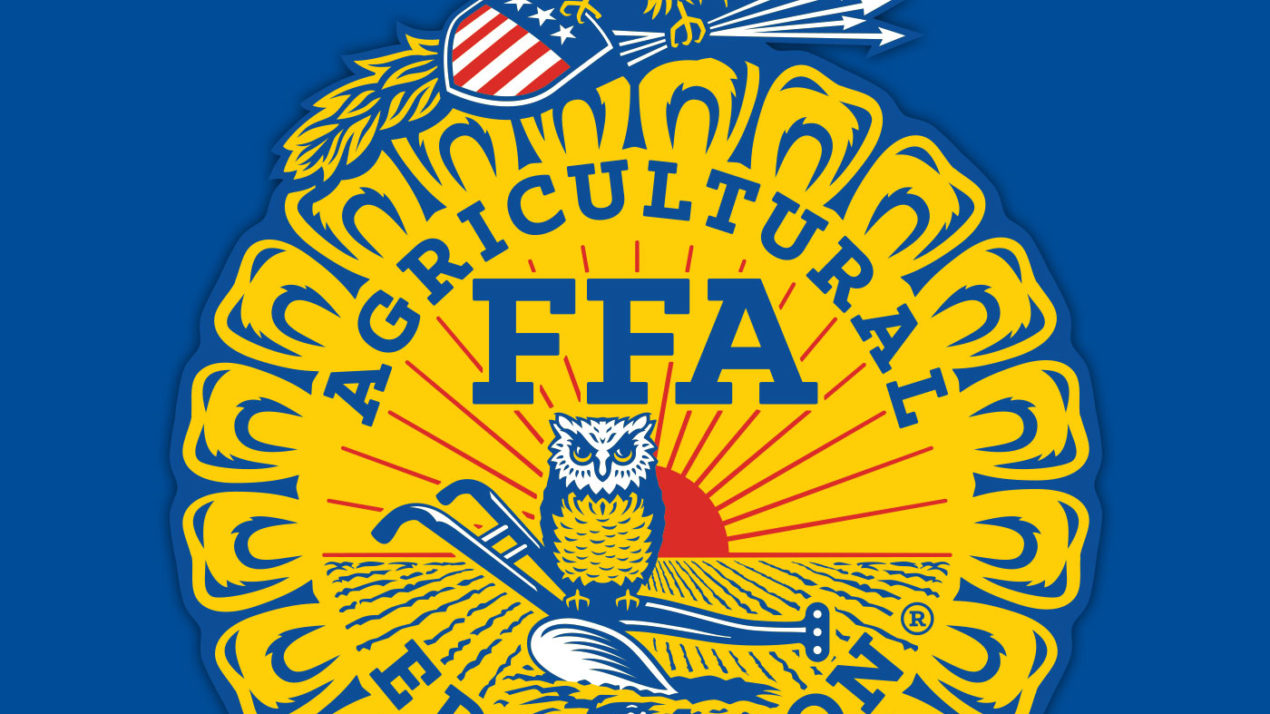 The Wisconsin FFA Alumni & Supporters Association 41st convention and annual meeting was held this weekend, February 13 at the KI convention center in Green Bay.  About 180 FFA Alumni members from across the state of Wisconsin attended this year’s hybrid event, with two-thirds attending in person and the other one-third attending virtually.  Due to the circumstances of COVID-19, the event was condensed to a one-day event, but it included an opening session, section meetings, luncheon, business meeting, FFA state officer reflections program, closing session and workshops, along with an optional dinner.

Besides performing their annual reflections program, which incorporated the convention theme, “Beyond 2021” along with the Wisconsin FFA theme, “Unstoppable”, the 2020-21 Wisconsin FFA Officer Team played a vital role in the operation of the convention.  They helped with the business meeting and election, section meeting virtual communications and they even conducted two workshops, one on social media and the other on improving zoom meetings.  Melissa Konkel, Vice President from Section 10 kicked off the convention with a vocal solo of the Star-Spangled Banner.  The 2020-21 team was recognized for all being Lifetime members of both the state and national FFA Alumni and the 2019-20 team was honored for being named a 100% State Lifetime Team at the national convention this past fall during the opening session.  Also, in that session the Weyauwega-Fremont FFA Alumni & Supporters chapter received a state chapter support grant and the Randolph FFA Alumni & Supporters was named the winner of a state reactivation grant.

Members heard from the various leaders of the other organizations whom are part of Team Ag Ed and were presented the annual financial report and budget during the annual business meeting.  The election for Vice President was also conducted and Bobbie Jo Montgomery of the Waupaca FFA Alumni & Supporters chapter was elected. The remaining executive team was also forwarded to their new positions, electing Nate Zimdars of Ripon as the new President, Terri Wilfert of Mishicot the President-Elect and Rudy Kaderly of Juda, Past-President.

The closing session was full of numerous awards and recognition. Walter Taylor from Oconto Falls was named the Outstanding Agriculture Educator.  Other educators nominated and recognized were Troy Talford & Sally Ladsten from Sauk Prairie, Daniel Robinson from Lomira, Mariah Markhardt from Oconto Falls and Kimberly Houser from Wisconsin Heights.

Jamie Elmhorst from Granton and Amber Larson of Oconto Falls were presented the Outstanding Young Member Award and Jamie was named the state winner.

Denmark. Stoughton and Weyauwega-Fremont FFA Alumni & Supporters chapters all received gold ratings in the National Outstanding Chapter Awards and will have their applications submitted to the national level of competition.  Denmark was also recognized as the overall winner in this area.

Outstanding Achievement awards were presented to Jeremy Krerowicz of Denmark and Melanie Huchthausen of Stoughton.  Both of their applications scored gold so they will be advancing to National competition and Melanie was named the overall state winner.

The Dr. V.O. and Ann Martinson Award is given to the FFA Alumni who had the greatest increase in lifetime members.  Darlington FFA Alumni & Supporters is this year’s recipient.

DeGrand’s Family Restaurant of Denmark was presented the Team Ag Ed Contributor award for their support of FFA, FFA Alumni and Agriculture Education.

The 2021-2022 council representatives were introduced and they were installed into their position.  They are: