Farmers For Sustainable Food Elects Board 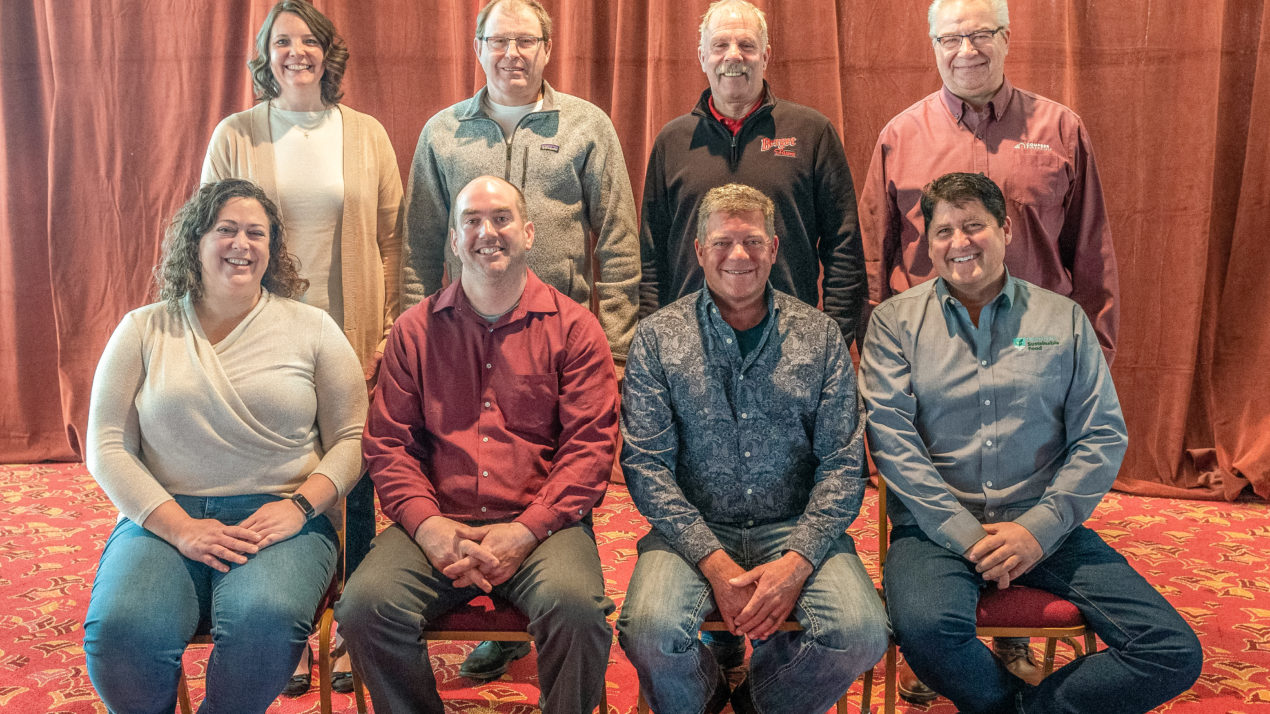 Members of Farmers for Sustainable Food (FSF) say the group continues to pick up momentum heading into 2022. Members, leaders and industry partners met for a first annual meeting Jan. 20 at the Dairy Strong conference.

FSF membership has grown to 40, including 14 newcomers in 2021. By partnering with six farmer-led conservation groups across Wisconsin, FSF now works with 231 farmers who represent 288,925 acres and 243,720 head of livestock.

Last spring, FSF and three partners gained national recognition for a sustainability project they piloted in southwestern Wisconsin. The partners were Grande Cheese, The Nature Conservancy and Layafette Ag Stewardship Alliance (LASA). Since then, FSF has added three sustainability projects with other supply chain partners and farmer groups.

“Holding our first annual meeting allowed us the great opportunity to connect with our members, reflect on the progress we have made and establish goals for where we want to grow,” Lauren Brey, FSF managing director, said. “Our collective effort and outcomes have grown tremendously in a short period, and we are poised for even greater accomplishments in the coming year. It wouldn’t be possible without the belief of our members and the farmers doing the hard work.”

“How do we get farmers talking to farmers, that’s what we’re focusing on,” Todd Doornink, WWCC president, said.

PPF President Don Niles said the farming community has the greatest responsibility but also the greatest opportunity to improve the environment.

“There’s help and encouragement out there,” he said. “ We just have to bring the energy.”

Members of FSF re-elected two directors and elected two new directors to its board. Todd Doornink of Jon-De Farm and Lynn Thornton of Grande were re-elected. Holly Bellmund of GLC Minerals and Jeff Endres, president of YPF, were elected to the board. Bellmund was elected secretary, and Doornink will remain president.

Wes Garner of GLC Minerals, who served on the FSF board since inception, retired.

“I never imagined when we kicked this thing off three years ago that we would be where we are today,” Garner said.

The group offered an opportunity for members to participate in a roundtable discussion about the future of sustainability projects.

“The work that FSF is doing is really about the legacy of agriculture, how do we want to leave it for generations to come,” Tim Trotter, CEO of the group, said. “We truly appreciate all of you as members… You all understand that we are all in this together.”